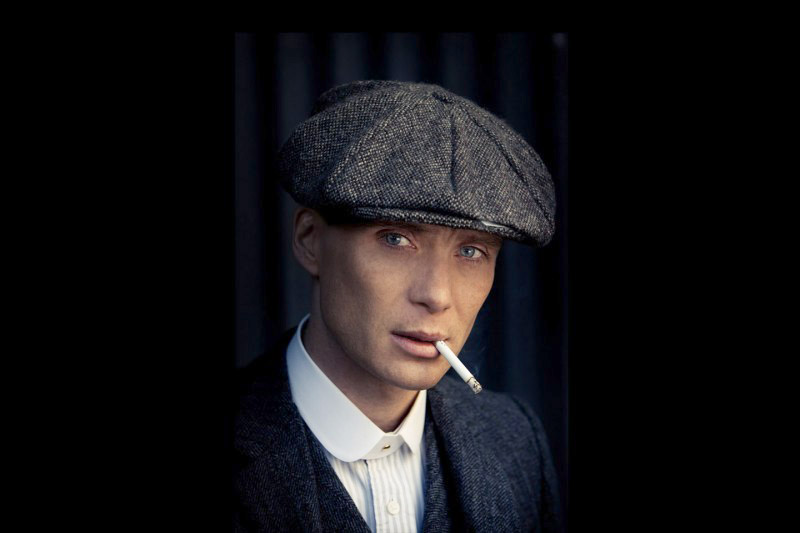 A SMALL family-run hat making business in Donegal has received an unseasonal sales boost thanks to the hit BBC TV series, Peaky Blinders.

Hanna Hats in Donegal town say Peaky Blinders style hats (minus the razor blades) are flying off the shelves as men seek to emulate the fashion sported by Irish actor Cillian Murphy and his entourage in the show.

A spokesperson for Hanna, who employ 28 full and part-time staff, said orders have increased due to the popularity of the show and they have also made samples of the eight-piece Donegal Tweed ‘Newsboy’ caps for a major distributor in London.

The Peaky Blinders were a criminal gang based in Birmingham, in the late 19th and early 20th century. Their nickname is said to derive from the practice of stitching razor blades into the front of their flat caps, which could then be used as weapons.

Ms Eleanor Hanna, head of sales and marketing at Hanna Hats, told the Donegal News this week that the eight-piece cap has been a very good seller for them recently, despite not being trendy for a number of years.

“We have had an increase in this style recently, especially in the plain tweeds,” Ms Hanna said.
“Two weeks ago, a large UK company called SEH Kelly came here to have samples made after they purchased Donegal Tweed from Molloys of Ardara.

“They had advised me of the show, Peaky Blinders, and we are now making samples for SEH Kelly for 2014. They sell into markets all over the world and also have a shop in London.

“The eight piece had been a massive seller for us years ago, but that died off. It just takes a hugely successful TV series like Peaky Blinders to spark interest in that style again. Last year, we also made samples for US TV network HBO for the hit Boardwalk Empire series.”

Hanna Hats is already established in the lucrative American market, however, news that The Weinstein Company has acquired the US television rights for Peaky Blinders should provide another sales boost for the Donegal company.

“We sell in the US and across the world, but when the show airs in America, this should spark more interest in our eight piece caps,” concluded Ms Hanna.

According to McElhinney’s Stores in Ballybofey, they have also had a number of recent inquiries from customers about the eight piece caps.