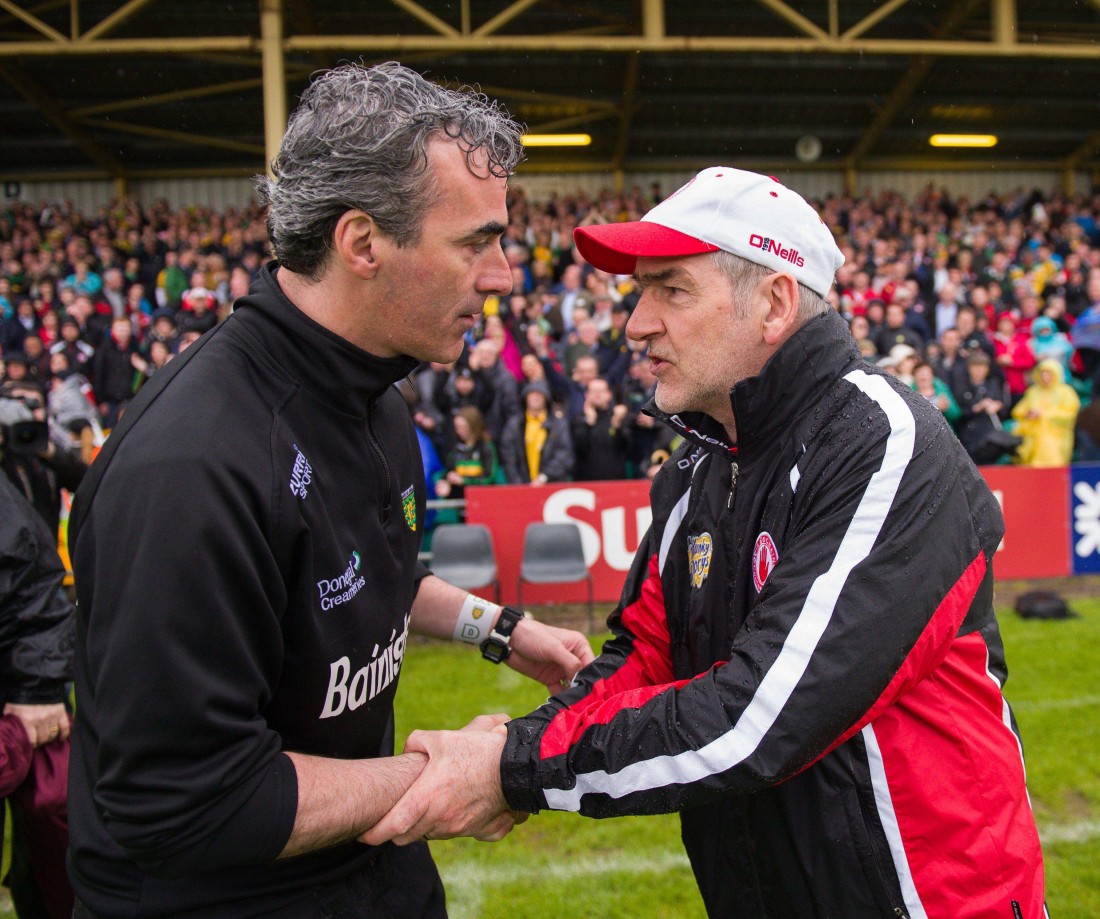 Jim McGuinness and Mickey Harte will meet in the opening day of the 2014 Dr McKenna Cup.

DONEGAL open their 2014 Dr McKenna Cup campaign with a home game against Tyrone in Sean MacCumhaill Park on January 5th.

Donegal have been drawn in Section A alongside Tyrone, Armagh and Queen’s University Belfast.

Tyrone are the current holders of the McKenna Cup and Mickey Harte is expected to field a strong side in 2014 while Jim McGuinness is also likely to put out some of his more stellar names this time around.

“We have a good competitive group and it’ll be interesting to see how it rolls,” McGuinness said.

“We’ll have a number of players tied up with colleges so we’ll be able to look at the squad in a broad sense and seeing how much playing time we can allocate to players.”

McGuinness has added a number of new players to his panel, while he has been joined by Damian Diver, John Duffy and Paul McGonigle in his backroom team.

On January 12th, Donegal travel to the Athletic Grounds to take on Armagh before hosting QUB in Ballybofey on Wednesday night January 15th.