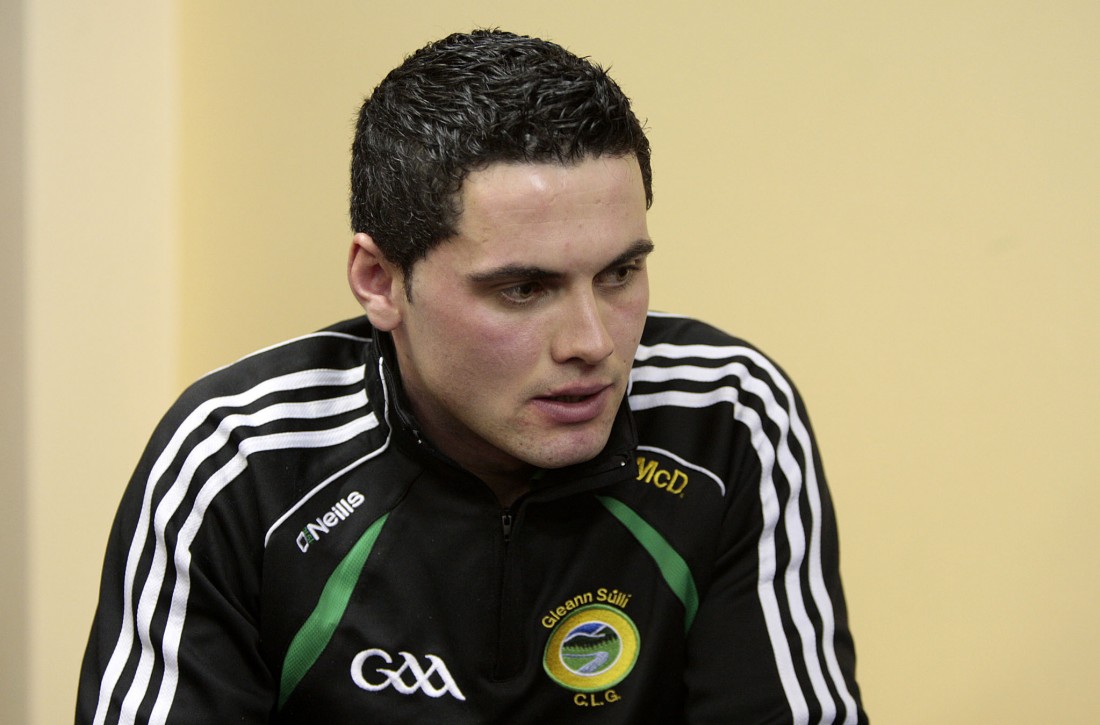 IF James Pat McDaid had listened to medical advice at the beginning of the year the narrative could have been rather different.

The 24-year old carpenter has been dogged by knee trouble since doing a cruciate ligament while playing in Boston in 2008. McDaid has also had two cartilage operations and has been playing through the pain barrier during Glenswilly’s march to the Ulster senior final.

The Glenswilly captain sought the opinion of two doctors as the 2013 campaign loomed into focus.

“I was told at the start of the year that I shouldn’t be playing,” he told the Donegal News.

“I just said I’d give it my all this year and see how it went. Two doctors advised me that I shouldn’t play.

“The knee has been giving me bother since I hurt it in 2008 and it’s been bothering me all year. I’ve managed to get this far so I’ll keep going.”

McDaid played in 2007 during Glenswilly’s run to the county final, but was suspended for the semi-final win after getting himself sent off playing in an Under 21 Championship game. The following year, he went off to Boston and it was there, while playing for Armagh Notre Dame, that he tore the anterior cruciate ligament.

Since then, he’s had two cartilage operations. With bone now rubbing on bone, he’s been advised that he’s in danger of developing arthritis in the knee.

“They said that the longer I keep going the more damage I’m doing to the knee,” he explained.

“I’d have been sickened if I had pulled the pin.

“I have a lot of icing to do, at night time after training especially and I’d be in and out of the hydro pool as well. During the summer on the hard ground I wouldn’t be training at all.

“I’d be away for a run on the bike to keep the fitness up. It’s tough going at times. It’s definitely not easy. All the heavy running, the twisting and turning stuff, I try to stay away from. In fariness to Gary, he doesn’t put pressure on me.”

Gary McDaid had initially informed James that he was being appointed as the team’s vice-captain, but in the week prior to their opening All-County League Division 2 clash against Buncrana he asked to have another word in his ear.

“I sprained my ankle the week before the Buncrana game and Gary came to me at training and said he had good news and bad news for me – I wasn’t going to play against Buncrana, but he was making me captain,” he remembers.

“It was a great feeling. All I could think about all year was getting the chance to lead them out at MacCumhaill Park for a county final. I never even thought about an Ulster final.

“The county final was always our aim from the start of the year. We knew we were capable.”

There still remains a lump in the throat when he remembers that hazy October Sunday they reclaimed the Dr Maguire following a second-half rout of Killybegs.

“Unreal,” he says, wide-eyed at the memory.

“The support that was down there was something else. To get the chance to lead out that group of players is something that will stay with me forever. It was an amazing feeling.”

McDaid was a strong contender for the Man of the Match accolade against Roslea in Omagh, but he hasn’t had much time to dwell on his own performances:

“I haven’t been wild happy with my performances all year, but I was happy enough against Roslea.”
Just a few months after deciding to defy the medics, McDaid will lead Glenswilly out for their first ever Ulster senior final. The prospect of clasping hands on the Seamus McFerran Cup is one that really gets the pulse beating.

He says: “It’s what dreams are made of. It’s an amazing feeling. I can’t wait for it. Hopefully we can bring the cup back to Donegal.