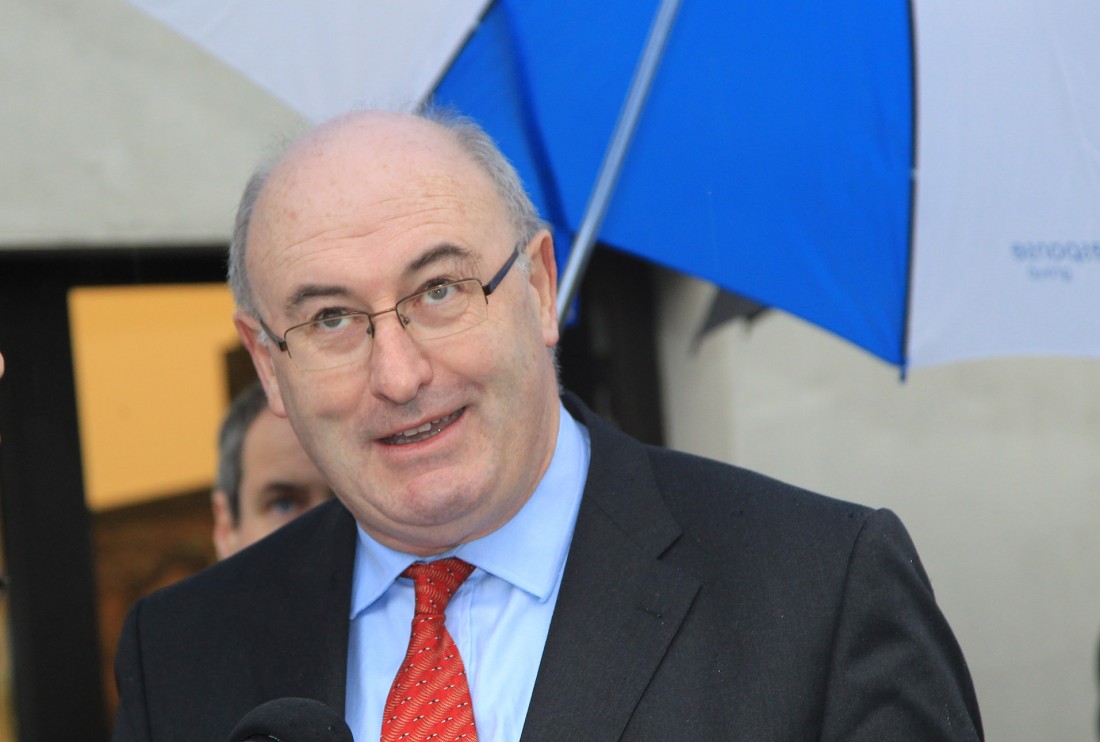 MINISTER for the Environment, Community and Local Government, Mr Phil Hogan, announced today (Friday) that he has approved the estimated €13 million funding for the long-awaited Gweedore Sewerage Scheme.

The project will comprise collection of the wastewater from the core areas of An Bun Beag/Doirí Beaga, Dobhar and An Luinnigh and transmission of this wastewater to the existing Udarás na Gaeltachta treatment plant.

This plant will be extensively upgraded and expanded and will provide treatment for a population equivalent of 6,000.

Making the announcement in Gweedore, Minister Hogan said the scheme for the area has been an aspiration for residents for a long time and planning for such a scheme has had a long and chequered history.

“I am fully supportive of the residents’ aspirations and the wishes of Donegal County Council in this regard,” Minister Hogan said.
“And when the council recently submitted contract documents for the project, I asked my officials to expedite their examination and evaluation. Today, we are at a crucial moment in the history of the Gweedore scheme as I tell you that I am approving Donegal County Council’s proposals to let the project go to tender.”

Minister Hogan went on to say that his department will shortly issue the formal approval for the project to the council.

“I understand that the council will need to finalise some planning matters relating to the scheme prior to seeking tenders for the work. “However, I expect that the council will be striving to get the procurement process underway as early as possible in 2014.”
“I wish you well in the future and I look forward to visiting the area again when the scheme is completed and fully functioning in the not too distant future,” concluded Minister Hogan.

He added that the scheme was a long and protracted process for locals of Gweedore for over 50 years and the successful outcome of such a process is that it will be the biggest infrastructural project in the area since the hydro-electric station in 1954.

Minister McGinley concluded that this news, which comes during the term of the current government, is widely welcomed as it will be a tremendous boost to the parish in general and to industry and businesses in particular.