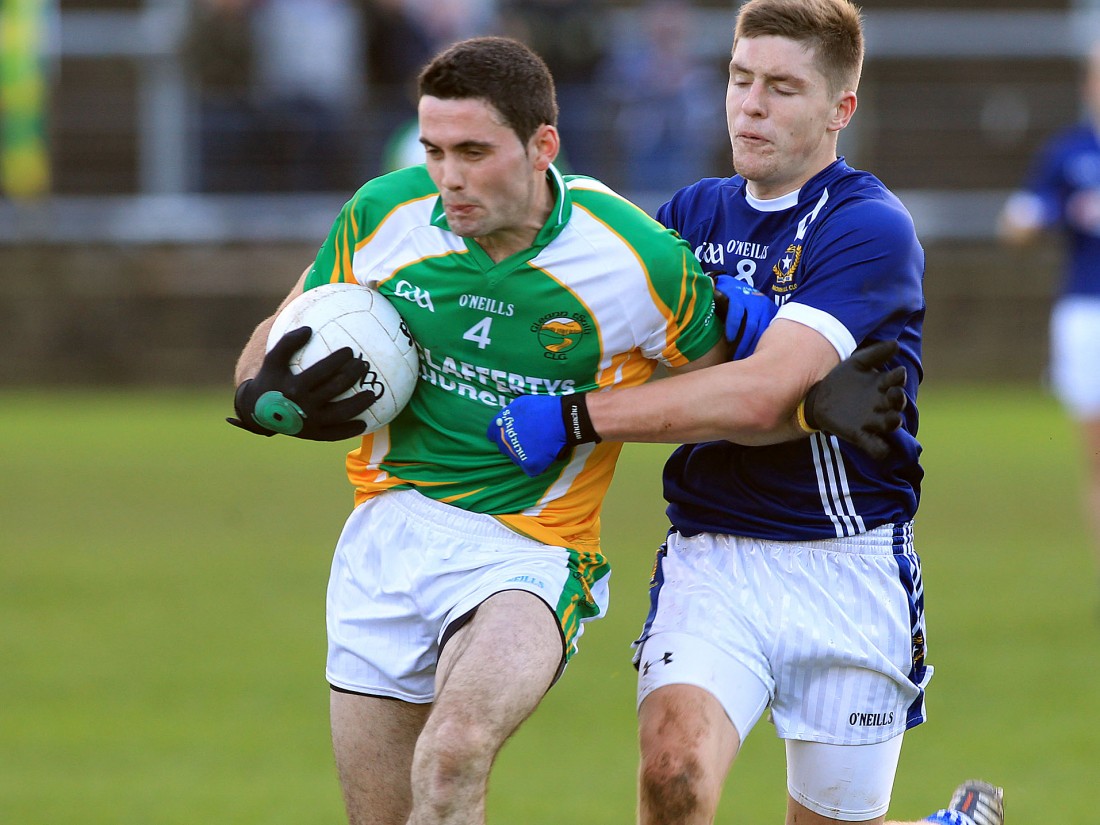 SATURDAY January 12th was the day it all began.

Gary McDaid was appointed as Glenswilly’s manager the previous night at the club AGM.

McDaid had already garnered the thoughts of the squad and they were keen for his return. Upon being ratified McDaid called his players to a meeting the following morning.

As he held court in a meeting room in the clubhouse at Pairc Naomh Columba, McDaid could feel the honesty filling the air. It was sometimes brutal and often harsh, but Glenswilly’s squad needed to clear the air.

They were written off by some and questioned by many after a 2012 that saw their stack of chips whittled down. County Champions in 2011, they were relegated by Gaoth Dobhair in a Division 1 relegation play-off and Dungloe ended their reign as champions. The curtain fell so rapidly it left scars.

“Looking back to January when we met up; we felt that there would have been at least half a dozen teams in Donegal that we needed to get level with before we could even think about a county championship,” McDaid says.

With a flipchart and a marker the reality of the job at hand was made clear.

McDaid scrawled the names of six teams on the page and there it was: Glenswilly had fallen far.

“They all done better than us last year, you see,” explains the team captain, James Pat McDaid.

“We drew up the graph and then a few weeks later weren’t we drawn against two of those teams. Typical.”

The manager was startled as he searched for the answers.

Confidence was brittle and they needed an injection of some fresh ideas and, so, McDaid set to work in assembling the large backroom team that has helped give Glenswilly the edge.

“There was a lot of hurt. I remember meeting that time in January and we talked about those last couple of games and going out of the championship to Dungloe.

“We had questions to answer as a group. People outside of our circle were questioning the players’ ability and whether or not they were one hit wonders. Thankfully, they’ve come back this year and answered those questions.”

For all their fragility, Glenswilly remained confident behind it all in their own capability.

The mouth-watering draw, pairing them with St Michael’s – who were then the form team in the county – and Kilcar, was just the tonic they needed.

“We thought we had a realistic chance of getting Dr Maguire back,” James Pat McDaid says.

“We genuinely thought we could do it.

“The first aim was just to get out of the group. We lost the first day in Kilcar and we were up against it.

“From early in the year, from we met and got a lot of stuff aired, we just couldn’t wait to get out to the pitch for Championship. We regrouped after Kilcar and it was probably the best thing to happen us. There were no more excuses. Another defeat and the year was over. That was the long and the short of it.”

Even in the opening day defeat to Kilcar in Towney, in a game fraught with a tempestuous air, there were signs that Glenswilly were not a team to be written off. A spirited comeback, when their goose appeared to have been cooked, fell just short, but McDaid seen enough. Still, they were treading on the ice, even when they defeated Bundoran at home.

The ice was still creaking as they headed for Dunfanaghy. Neil Gallagher was unable to start and, during the contest, Glenswilly lost Ciaran Bonner and Leon Kelly to injury. Against the wind, Glenswilly played the perfect game, with Michael Murphy dictating things in style. When Brian McDaid’s tenacious intervention thwarted Daniel McLaughlin, it ensured that Glenswilly weren’t making the splash.

Kilcar, again, and Ardara presented stern challenges in the quarter and semi-finals of the Donegal SFC, but Glenswilly’s nerve withstood the tests.

The return of Colin Kelly to their attack has been crucial; the former Donegal player has given that full-forward line a real injection of life. Kelly’s presence has been critical to Glenswilly’s advancement this year.

Glenswilly showed similarly jagged edged against St Gall’s and Roslea and they certainly cannot be accused of having fluked their way to this point.

“It took a lot of small steps to get us here,” says the manager, in his second term at the helm.

“I think we’ve improved as a team and a unit as the year has gone on.

“It took a lot of work. But when the boys are on side and they’re willing to put in the hard yards then it makes it that much easier.”

They are a united group now, each of them wearing a wristband etched with the words ‘le cheile is feidir linn’ – ‘together we can’.