Advertisement
HomeSportGAAGlenswilly’s Brian McDaid hopes there are no regrets
Advertisement 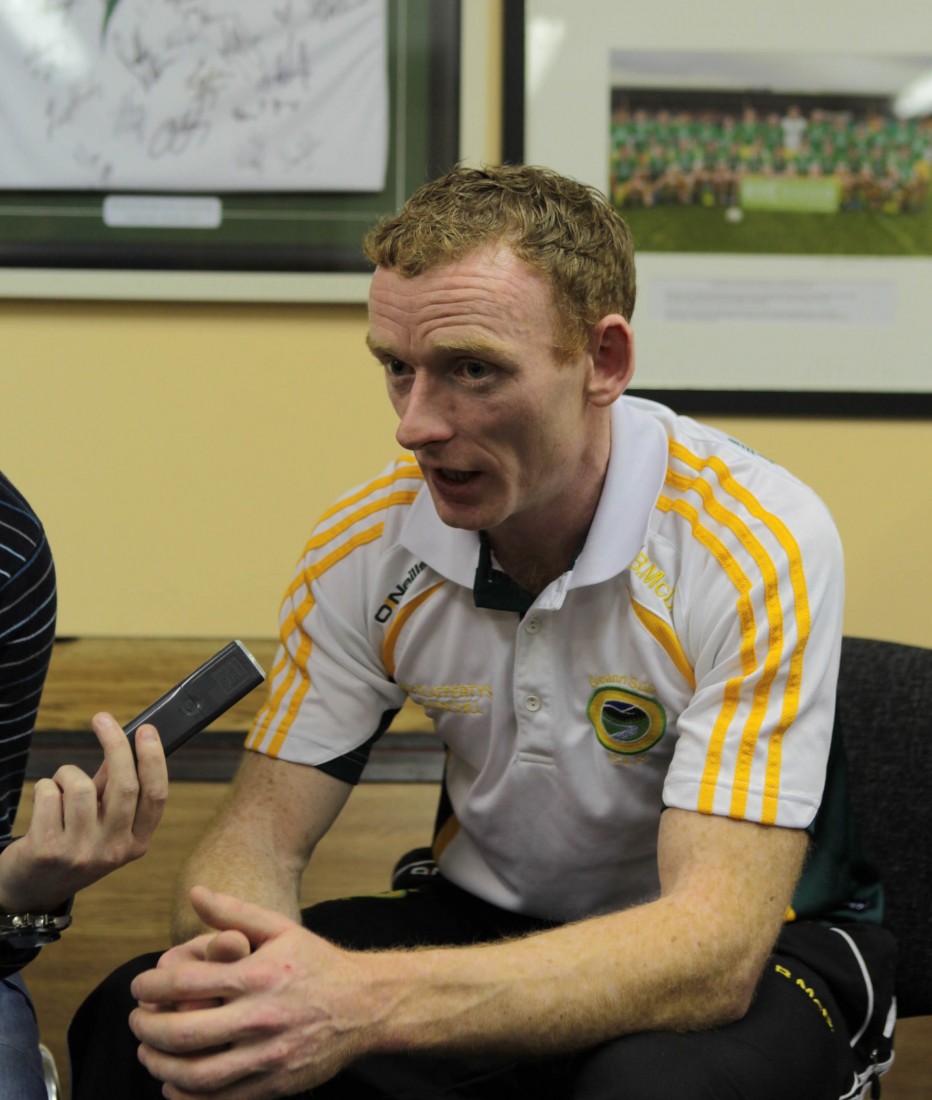 GLENSWILLY folk are living in what surely will be regarded in time as the ‘good old days’.

Still a fledgling club – in existence only since 1982 – Glenswilly could become the first Donegal team since St Joseph’s in 1975 to become Ulster senior club champions if they beat Ballinderry in Sunday’s final in Omagh.

When St Joseph’s were topping the pile, there was no club in Glenswilly. Their rise has been plucked from the fairytale storybook.

Ballinderry are kings in Derry, having this year collected their third SFC in a row. Ballinderry have had their crosshairs set on Ulster for some time now, all the while Glenswilly have been nipping themselves in the side wondering if it has all been a dream.

Back in 1996, Brian McDaid captained the first Glenswilly team to win an underage Championship. Shane Sweeney’s thirteen points made all the difference in a 1-23 to 2-6 win over Bundoran. Gary McDaid, now the Glenswilly manager, played and Johnny McGinley, McDaid’s right-hand man, was the goalscorer.

Glenswilly’s is perhaps the ultimate rags to riches story.

Corner-back McDaid, as well as John McFadden and Gerard McGrenra have played every grade of League and Championship in Donegal, playing in Junior, Intermediate and Senior finals. On Sunday, the three will be listed on the Glenswilly panel for their joust with Ballinderry which is, by some considerable distance, the biggest game Glenswilly have been involved in.

“I went to the 1993 county final between Kilcar and Killybegs and I remember saying to the boys who were with me that day: ‘Wouldn’t it be great to play in front of a crowd like this’,” McDaid says.

“We were in Division 4 at that time. We couldn’t really even dream of it. In 2007, there we were in the county final! It was unbelievable. To have had three county finals, winning two and now to be in the Ulster final is a real fairytale.”

The School Field in Pettigo is where it all began for ‘Shorty’ in the Glenswilly senior team.

“I started off at corner-forward in my first game against Pettigo,” he says.

“I scored a point that day and was brought down to win a penalty. For some reason I started the second half at corner-back. My brother (Lawrence) was in the other corner. I always played somewhere in the full-back line the whole way up underage, so I knew I’d be stuck in there at some stage.

“I played with Mick Murphy – that’s how far I go back!”

Joe Kelly managed the minors in ‘96. The names are familiar even now: Manus Kelly and Thomas Simmons lined out and the star of the show was Shane Sweeney, who went on to have a distinguished soccer career with Fanad United and Finn Harps.

“He was lethal,” says McDaid.

“We lost him shortly after that. He was a class act.

“That minor win was brilliant for the club but even now we’ve never won an ‘A’ title at underage.”

He says: “When you step onto the field and cross that line it doesn’t matter what size your club is. It’s all about the players you have on the field at any one time – and we have some of the best players in the county and some of them are among the best in Ireland, like Michael Murphy and Neil Gallagher.

“We’re going up there to win. We’re not going to make up numbers. We want to win the game.

“When you get this far, you want to win it. You don’t want to be left with regrets. You might never make it back there again.”

Two years ago, Glenswilly rode the crest of a wave after defeating St Michael’s to win Dr Maguire for the first time. They began to dream when they defeated Cavan Gaels, but Latton stopped their march when they came to Ballybofey and won.

McDaid says: “The last time we won the Championship we probably partied it out a wee bit too long. We didn’t really take Ulster that seriously. Well, we did, but it was our first time winning Dr Maguire…this time, the celebrations were cut after three days and the focus was put firmly on Ulster. We let ourselves down in 2011.

“We let the management down, Gary and John (McGinley). We got beaten by Latton by a point. We didn’t turn up that day at all so we knew we had to give it a good rattle this year. Thankfully it has paid off so far.”

He’s seem some changes in his time playing with the side now based in Foxhall.

Chief among the significant alterations this year was the installation of Gary McDaid as the team manager.

He says: “Since Gary came in at the start of the year it has been a real professional set-up. Everything, down to the very last point, is totally professional. You wouldn’t think that it’s an amateur sport now it’s taken that seriously.

“Obviously it pays off – just look where we’re sitting. You have to roll in behind it and get on with it.

“There’s a great buzz. The supporters are hyped, but I noticed the last day after the Roslea game that the players were pretty grounded. We’re fully focussed. We knew after we had beaten Roslea that it wasn’t a final, that we had won nothing. You get no medals or cups for a semi-final.

“Gary would have rammed that home to us. It’s nice to win a semi-final, but the final is what counts. We need to come out on the right side of that.

“Everything is happening so fast. You come out of one game and you only have two weeks to prepare for the next game so you have no time to think about anything. When the year is over we’ll reflect on it a bit more.”

When Glenswilly headed to the Bridge in Dunfanaghy for a do-or-die group game without Neil Gallagher they might well have believed that the writing was scrawled on the wall for them. But they did what they do: Eked out a win. As the bubbles simmered over the edges, St Michael’s looked set to turn the tide when Daniel McLaughlin scampered forward up the right flank. As he drew the boot for a goal that would, surely, have knocked Glenswilly out, McDaid came in with one of those interceptions that has become his calling card.

He classes Naomh Conaill’s Leon Thompson as his toughest opponent – but expects that Ballinderry will test them to the limit.

“Ballinderry have quite a few there. We haven’t seen much of them yet, but I’m sure that will change during the week. We’ll be well prepared and we just have to do the jobs we’re given to do.”

That said, Glenswilly have been well groomed for a battle.

“Donegal’s is a tough Championship and there are no easy games in this county. You can be very tired coming out of it. Some of these other clubs can be setting the target from Ulster early in the year.

“You’ll get as tough a game in Donegal as you will in Ulster. Donegal is really strong. It’s a good Championship. It is a bit of a surprise that Donegal teams maybe haven’t done better in Ulster. Why, I don’t know, but hopefully we can change all of that.”

It is thirteen years ago now since Glenswilly lost the Donegal Junior final to Milford. They went up the ladder then thanks to their finish in the League – and, bar a couple of blots, the trajectory has been upwards ever since.

“That’s a far cry from where we are now,” says McDaid.

Few players anywhere will have as diverse a tale as the teak-tough Glenswilly corner-back.