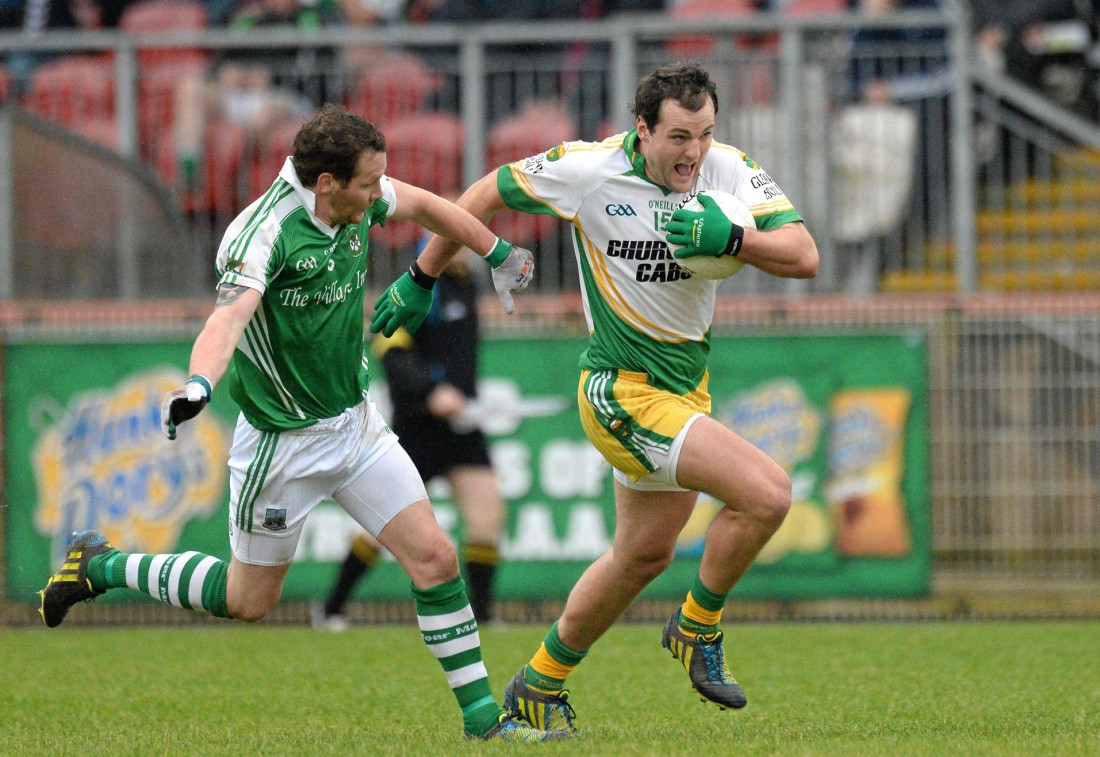 IT WAS one of those torturous nights in Castlefin and Brian McIver was cranking up the heat on Donegal.

McIver was readying himself for his first Championship game in charge of the Tir Chonaill men. A game against Down was looming when one of his selectors unearthed a gem.

Over a ten-metre sprint, the new kid on the block was, along with Rory Kavanagh, the quickest. He was flying. The player made his debut against Down, but had an all-too brief inter-county career.

“Where are these Glenswilly men coming out of?!” McIver wondered of Francie Martin, who was the Glenswilly manager at the time and had recommended Colin Kelly.

“Ciaran (Bonner) was in and was flying, he already had Neil (Gallagher) from the year before and sure we all knew about this young fellow (Michael) Murphy who wasn’t far away,” says Martin.

“Colin and Ciaran hadn’t played much for the club, never mind the county, up to minor level. When they were drafted in by Brian to the Donegal set-up, it was the first time they were on a Donegal panel.

“Colin went into training the first day and just set the place alight – he was and is so gifted.”

Back in September, Kelly started a Championship game for Glenswilly for the first time since 2010 when he played in the quarter-final win over Kilcar. His return has given a whole new dimension to Glenswilly’s attack and his star dust was sprinkled on last Sunday’s Ulster semi-final against Roslea from the earliest of junctures.

Barely 90 seconds had elapsed when Darren McGinley found the chest of Kelly. It was Kelly versus Niall McMahon – and there was only one winner.

With the remainder of the Glenswilly forwards having retreated, the Roslea defence had followed. Kelly was one-on-one and he scorched past McMahon before netting the opening goal of the game.

McMahon lasted just five minutes on Kelly, with the elusive attacker having won the free from which Michael Murphy pointed his opening score of the day.

“Colin has that turn and burst of pace off the mark,” says Martin, who led the rise of Glenswilly through his spell at the club from 2003 to 2008.

“If he gets that jink and turn in, you’re in trouble.

“We had him in with the county in 2006 and he would have been a permanent fixture the following year (2007), but he dropped out, for whatever reason.

“That turn of pace he has is absolutely devastating. One minute you’re beside him and the next: He’s gone. He is an exceptional player.” 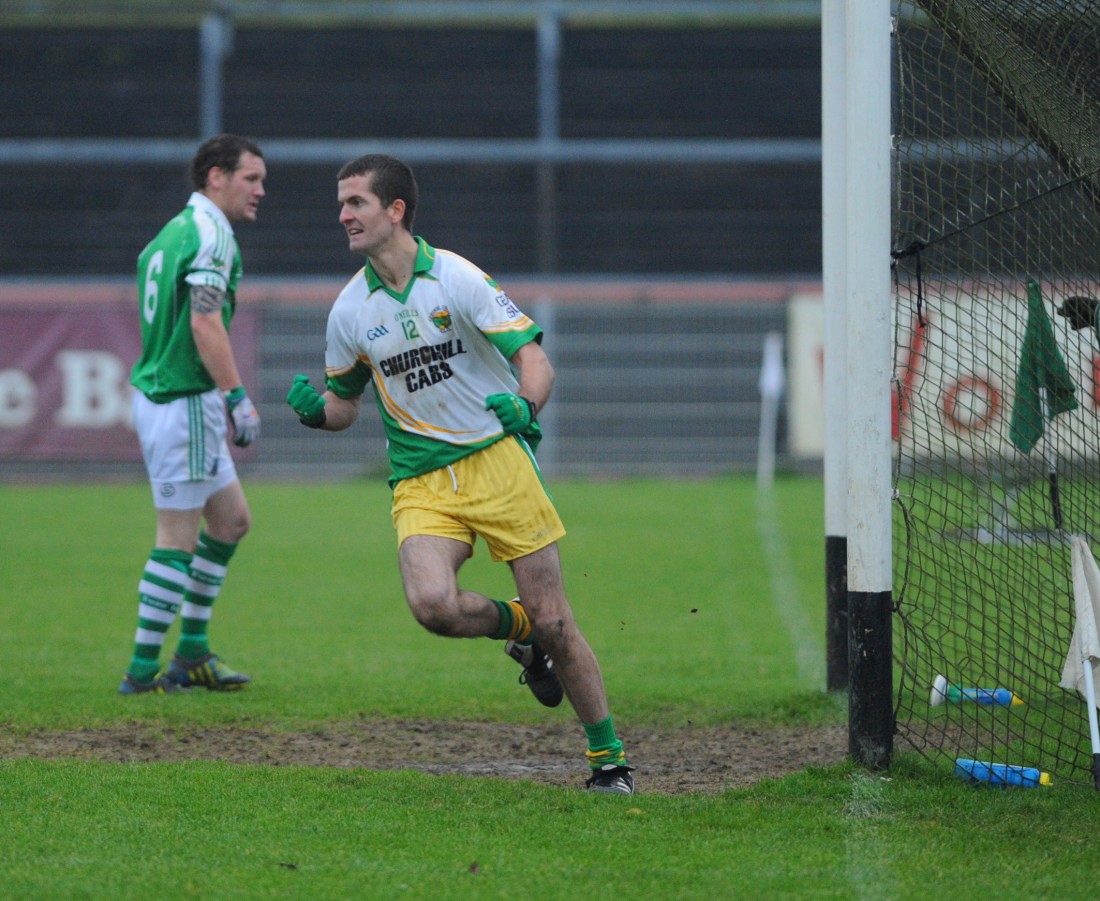 Glenswilly are in an Ulster final and their storied run to the top of the province really has come from the ashes.

“Glenswilly was at the bottom of Division 3 at the time I went in,” Martin says.

“I remember one of the first games I had, we had to go to Kilcar and get a win to stay in Division 3.

“Kilcar were on the way up at the time. It was a dream for us.”

For the Glenfin man, crossing the parish divide had to be pondered for a time.

“Eddie Crawford was a colleague of mine out in Rockhill. I had done a Level 1 course and was doing the Level 2. Eddie asked me if I’d go in as the manager. I sat down, thought about it and just decided to give it a go really.

“Phelim Molloy had been the manager and himself and Peter McFadden had been looking for me in as well.

“I had a great five years out there, fabulous actually.

“We had some great days out with them.”

He watched on last week as they booked their place in the December 1 final where they’ll take on Ballinderry.

Once it would have been a fairytale. Now it is the very real scenario. Football fever has gripped the parish.

When Conor Mulligan’s long punt deceived Philip O’Donnell for a second Roslea goal, just after Seamus Quigley had netted a penalty, Glenswilly were held by the pins of their collar.

Harry Gallagher turned to Martin: ‘This could be Enniskillen all over again’.

It is sometimes forgotten that Glenswilly – including many of the class of now – contested the Ulster Intermediate final of 2005, a game they lost to a gut-wrenching late goal that was echoed by that haunting moment when the green flag hoisted last week.

Martin is still scarred by that afternoon eight years ago: “It was heartbreaking. We were two points up and the time was up. The game was over. We couldn’t believe it when the ball went in. It’s still unbelievable.”

Last week, Glenswilly rolled their sleeves up and responded in some style with Joe Gibbons, Gary McFadden and Kelly on the mark for the clinching points.

Martin says: “The one thing I always found about the Glenswilly players was that they were quick learners. They would rarely make the same mistake twice.

“They were inclined to push on and turn it around – or at least attempt to rectify the mistake rather than wallow in the pity.

“On Sunday they conceded two goals and they upped the ante right away. They gave themselves a shake, forgot about what had happened and just got on with trying to win the match.”

When Martin took over, Donegal football was going through a period of change as regards its All-County League structure.

Eventually, they found themselves in the second tier and he recalls a game against Four Masters, and a five-point win, against the county champions of ‘03, very vividly.

He says: “We had a great group of boys. Michael Murphy wasn’t on the team, but he was coming up through the system. So was Kealan McFadden and Gary McFadden; Neil Gallagher and Ciaran Bonner were already there.

“The squad had a lot of ability, but the attitude had to change – they’d tell you that themselves.”

The prodigous talents of Murphy were always known in Glenswilly. There was only so long they could hold the reins.

Martin says: “We consulted with his father, Mick, and we had a good chat about it. The good thing about Michael was that he was able to handle himself – he was so big, so strong.

“It was the same in the club – there came the time when we just had to play him.”

Gerard McGrenra often relates to Martin tales of times not too long ago, of them only being able to field thirteen players ‘on an old, mucky pitch in Churchill and the referee having to abandon the game after twenty minutes because of the shape of the place.’

“That’s where they have come from in no time,” says Martin now.

They played their first ever game of senior football in 2006, were in their first senior final in 2007 and, two Dr Maguires later, here they are in the Ulster final.

Not bad for a club with, as Gary McDaid memorably put it on Sunday: ‘300 houses in the parish and we don’t even have a town as such. It’s a tiny village, Churchill, with three pubs. That’s it. There’s a club right in the middle of the Glen and that’s what we have.”

If that 2007 campaign gave them a meaning then their first championship game back in 2008 really kicked them on. St Eunan’s had beaten them in the ‘07 final and, as fate would have it, didn’t they get paired with them again the following year.

“They beat us in O’Donnell Park, but out in the Glen we beat them by five points. They were the defending champions.

“That was such a massive lift for the club and the boys took so much self belief out of that game. While they won the play-off, it was maybe only that day in the second leg that they realised that the Glen had plenty of talent about them.”

He mentions the likes of McGrenra, Daniel and Harry Gallagher and Brendan Walsh as ‘epitomising everything that club means to its people’.

“They have a great set up out there with the whole parish behind them,” he says.

“It would be massive for them.”

Martin remembers people questioning some of his selections. Now, though, they’ve been more than justified.

He recalls coming in from a game and one of his players being pointed out by a critic.

“People used to say: ‘You’re mad playing him, sure he’s too light and too thin’,” Martin says.

“That man there has shown what a bit of hard work can do to a man. There aren’t many men now who’ll tell you that Joe Gibbons is too light!” 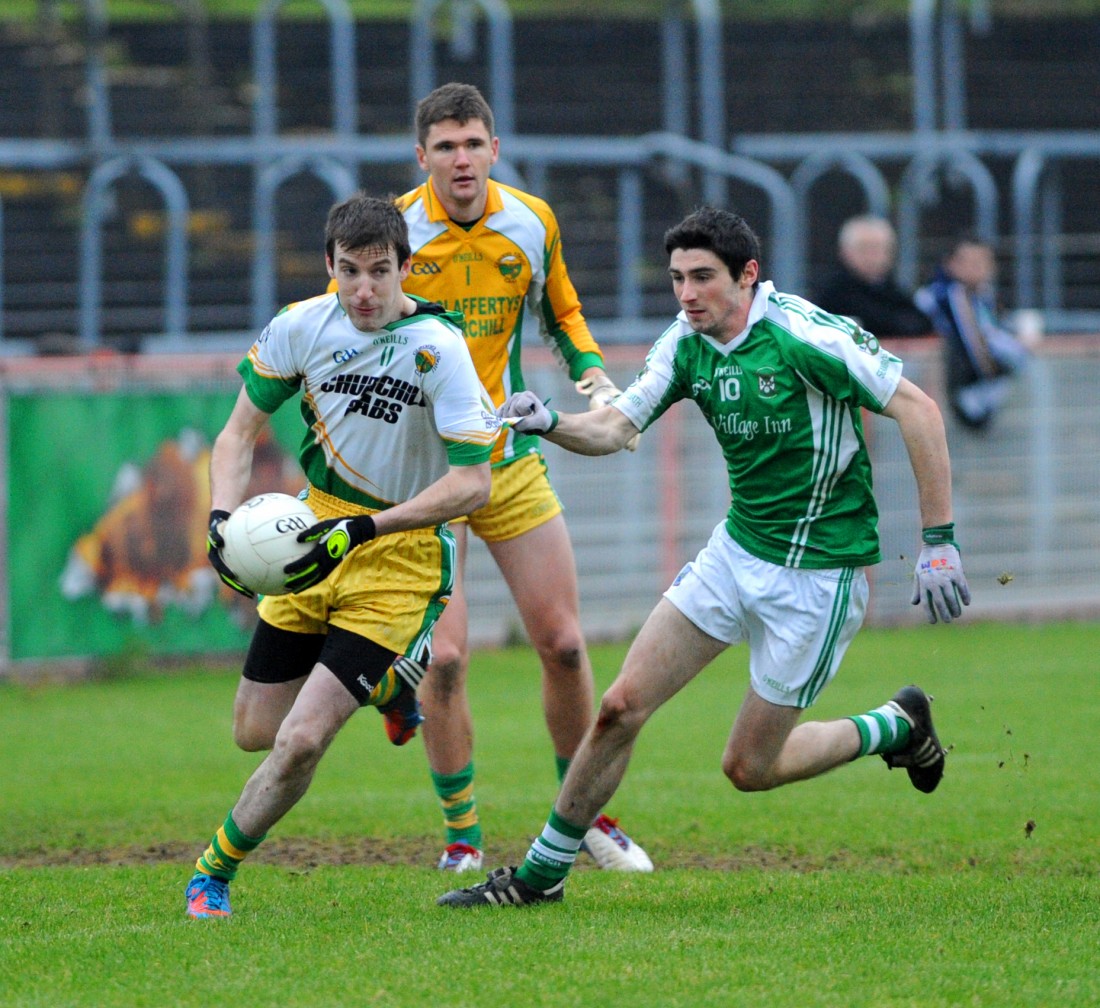