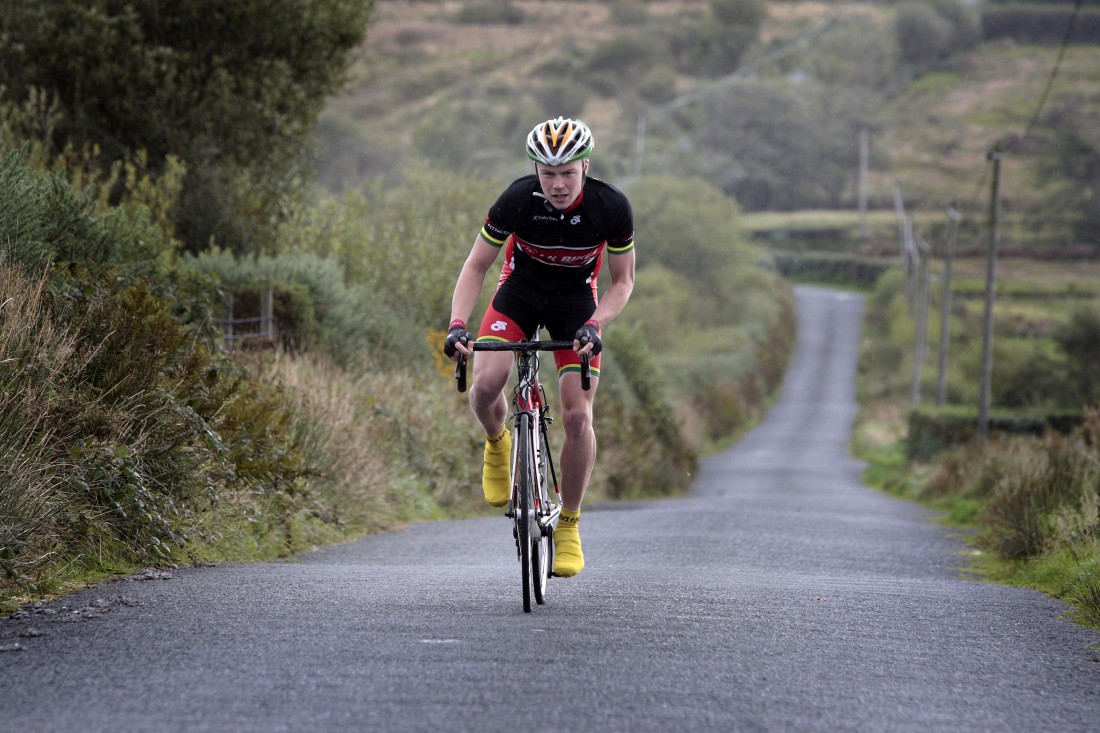 Letterkenny cyclist Conor McIlwaine has made a big move forward in his career by signing a top competition level contract with Belgium based cycling team Terra Footwear.

The 19-year-old only started cycling in 2011, but he has encountered remarkable success already, and will move over to Belgium with aspirations of making it into the professional game in the not too distant future.

“I am delighted to sign for Terra Footwear. It’s a top competition level contract, which is the step before a professional contract. I can’t wait to move over now and get started.”

McIlwaine is a member of the Irish Under 23 cycling team and he spent the summer racing with the team in Belgium. He achieved three top-ten finishes and decided to defer his second year of Athletic Therapy and Training course at DCU to pursue his cycling career.

“I had a good chat with the lads over in Belgium and they encouraged me to go for it. I can always go back to DCU if it doesn’t work out.”

“I sent out CVs to teams in Belgium and a number of them came back to me, but I decided to go with Terra Footwear. They’ve got a really good cycling calendar, and they partake in some of the professional races at the start of the season, where you can race against the likes of Phillippe Gilbert.”

McIlwaine will go to the Sirerra Nevada mountains in January for High Altitude training, before moving to Zottegan, outside the city of Ghent in March.

“I’ll be training five or six times a week and then racing at the weekends. I’m going to be one of 18 cyclists on the team, so it will be very competitive.”

McIlwaine will be based at home in Letterkenny until the new year and he can be seen cycling regularly on the local roads, particularly early in the mornings.

“At the minute, it’s just all about doing miles for me. I do between 20 to 30 hours a week cycling, and I could be out at anytime of the day. I don’t mind the early mornings and I often go out at 6 o’clock in the morning.”

Conor’s rise up the cycling ranks has been phenomenal considering he only took up the sport less than three years ago.

“I did a lot of swimming with Swilly Seals when I was younger, and I decided to try triathlons, so I got in touch with local triathlete Sean McFadden.

“The triathlons didn’t really work out, but I discovered I was good at cycling, and I started training with Sean.”

McIlwaine insists his rise has not been without its hiccups, but he praised the support he has received from his coach, his family and his sponsor, LK Bikes, in overcoming the obstacles that have stood in his way.

“It’s been a rocky road over the last few years at times, but we’ve persevered with it.

“I just kind of threw myself into it, but that’s the way it has to be with Sean, he’s all or nothing. I improved a lot and then made the Irish Junior team, and then the under 19 team, and now I’m in the Irish under 23 team.”

“I owe a great deal to Sean, and my family have been very supportive too. Errigal Cycling club have been excellent to me over the last number of years, and they do a great job of promoting cycling to the youth. LK Bikes have sponsored me now for the last few years, and I wouldn’t be able to go to Belgium without their help, so I’d like to thank them for their continued support.” 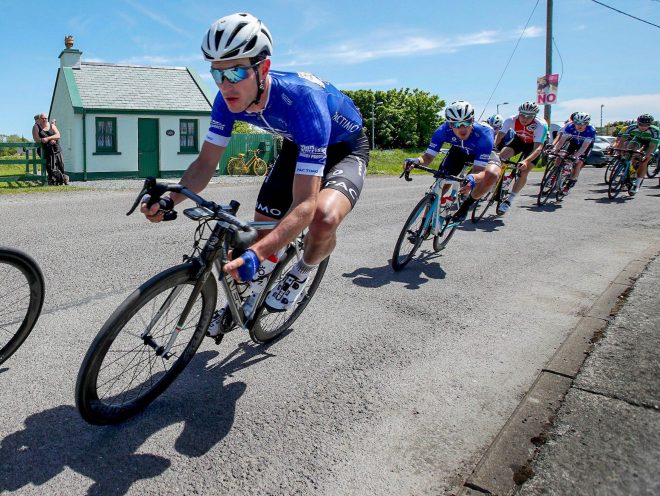 McLaughlin becomes a “Man of the Rás” for ninth time