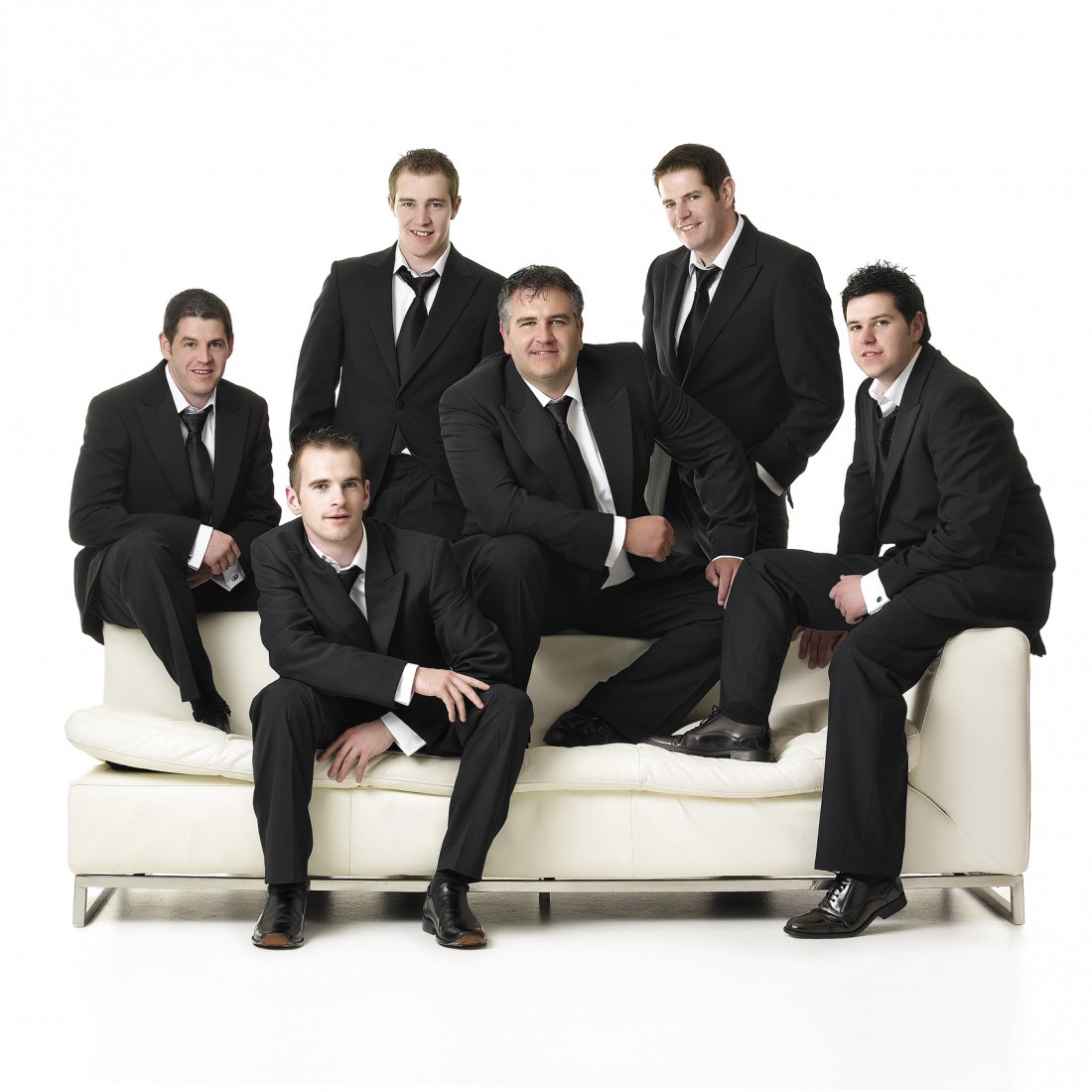 SINGING sensations the Willoughby Brothers return to Letterkenny in Concert at the Clanree Hotel on Saturday, October 26 at 8pm.
These six singing brothers Richie, Des, Sammy, Robbie, Johnny and Jerome, hail from Coolboy, Co. Wicklow, and their passion for singing and performing, combined with a genuine closeness, stems from a childhood filled with music and singing, a love they carried with them through the years into adulthood.

They are currently making a big impression on the national and international music scene with appearances on a number of TV and Radio shows including their recent live performance of the title song at the Rose of Tralee International Festival before a TV audience of 1.2 million. The have also made appearances on RTE’S ‘Up For The Match 2011’ the Derek Mooney Show and the John Murray Show on Radio 1.
They have just concluded a number of very successful performances in the U.S. and the UK, and have further U.S tours planned for later this year.

In 2012 they had the honour of singing in Croke Park at the All-Ireland Hurling Final replay between Kilkenny and Galway. They have performed at the Symphony Hall, Birmingham and as guests of Daniel O’ Donnell at his concert during the Donegal Shore Festival.

Following the huge success of their debut album ‘The Promise’ which included their hit song ‘Where The Blarney Roses Grow’, they have just released their new single ‘No Matter How High’ taken from their second album ‘Irish Heart’ which will be released this November.

The Willoughby Brothers create a very special sound with a repertoire featuring a blend of Irish ballads, popular classics and contemporary songs. This act is fresh, talented and unique and offers something for everyone.