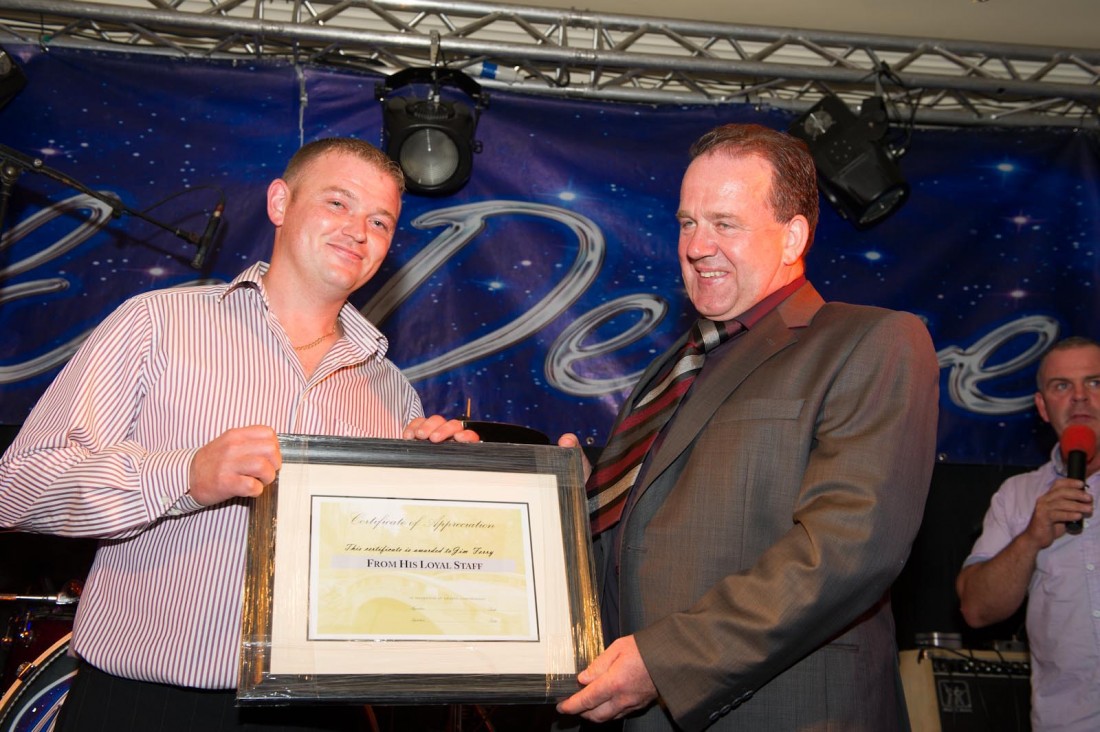 Marty McDermott (left) with Jim Ferry. McDermott’s evidence in court was described as “incredible” and unreliable.

THE owner of one of Donegal’s largest waste disposal companies has been convicted and fined €12,000 and given a six month suspended after being found guilty of large-scale illegal dumping.

Jim Ferry (55), owner of Ferry’s Refuse Ltd, was also ordered to pay Donegal County Council a total of €30,750 in costs.

He was found guilty by Judge Paul Kelly after a three day trial at Letterkenny District Court.

The case followed an extensive undercover investigation into Ferry’s illegal dumping activities at lands he owned in front of his mother’s house at Deryreel, near Falcarragh.

The court heard that the father of six has previous convictions for illegal dumping.

On Monday, Judge Kelly was shown covert video recordings showing two of Ferry’s distinctive green and yellow bin lorries dumping waste in holes in the field before it was buried using a track digger at around 5 am on the morning in question.

One of the men was wearing a hi-viz jacket with the name ‘Ferry Refuse’ emblazoned across the back of it.

The recordings were made by Donegal County Council’s Waste Enforcement Officer, Mr Dearn McClintock, who was taken to the isolated location by an anonymous member of the public.

Ferry’s barrister, Mr Sean Gillane SC, asked that a number of the charges be struck out on a technical matter.

However, Judge Kelly refused the application.