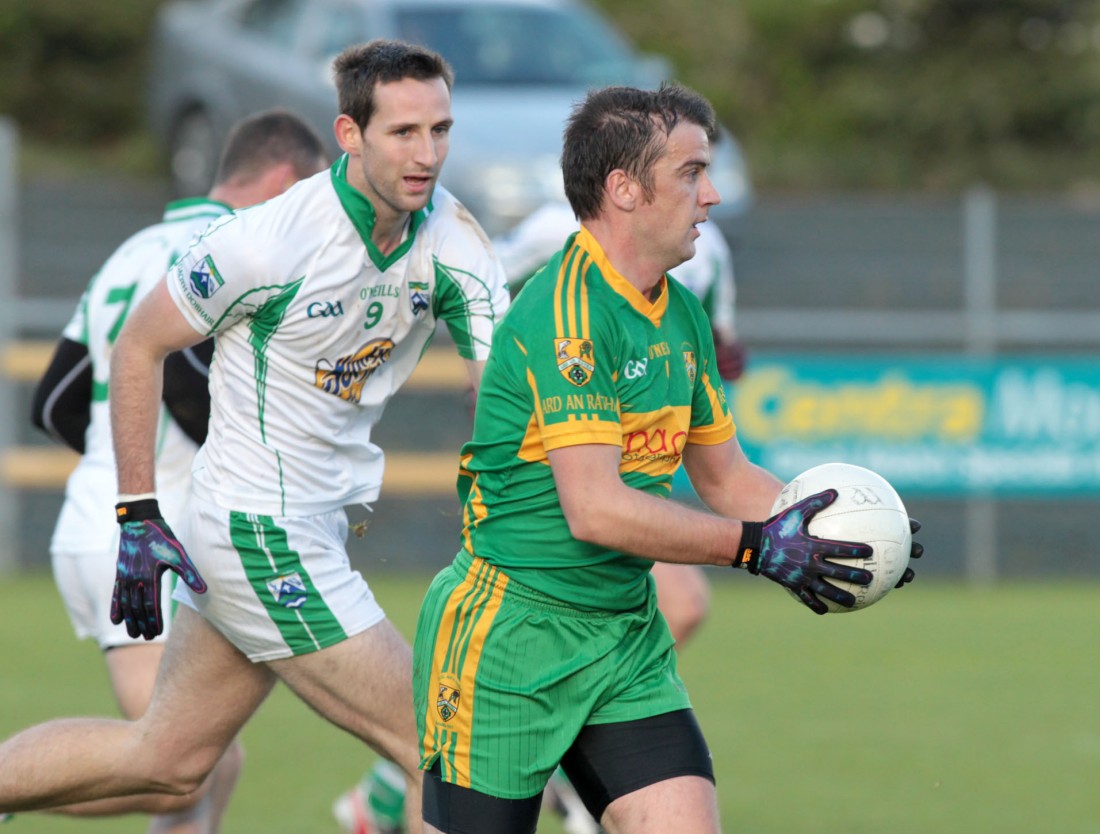 SOMETIMES, tradition and history counts for a lot when it comes to the big occasion.

It seems to matter quite a bit to some teams.

This weekend, we have two teams not showing any sort of form in the League who are in the semi-finals.

Killybegs have been relegated and Ardara will be in a relegation play-off. They have earned their places here and are in on merit.

They are two of Donegal football’s old names. Big clubs with history reeking through every fibre of their beings. What matters to them is the Championship – and this weekend you’ll see these two clubs at the peak of their passions.

With a place in a final at stake, these sides will be able to summons the memories of ancestors who’ve given their guts for the cause. In the heat of the battle, that matters.

Killybegs are really, really struggling in the League.  They’ve lost each one of their fourteen League games this season. They have no League points and it’s absolutely unbelievable that they’re in the Championship semi-finals.

The betting states otherwise, as they’re priced at 9/4, but you cannot rule Killybegs out.

Malin are hot favourites and many neutrals would like to see Malin’s fairytale continuing.

Malin are working extremely hard of late and they have been putting so much into their set-up. Declan Walsh, Anthony Kelly, Stephen McLaughlin, Charlie Byrne and Matthew Byrne are among the main men they’ll be looking to and what Terence Colhoun has up there is a really good squad of players at his disposal.

Killybegs are boosted by Brendan Faherty’s return and Hugh McFadden has proven something of a revelation. He is pivotal to Killybegs as he has shown so far in the Championship and he’s a player that Malin will really have to watch out for.

This one is so hard to call. There is a danger that Malin could freeze and it would be amazing if Killybegs were to reach a Championship final in a season where they haven’t won a League game.

With the head on the line, you’d have to stick the wager on Malin – but underestimate Killybegs at your peril.

The other semi-final is far from clear-cut too. It’s a massive chance for Glenswilly to go out and win Dr Maguire – but what an opportunity it is for Killybegs, Malin and Ardara too. All the managers will be thinking the same. They’ll be drumming this into their players. Glenswilly didn’t reach heights in the quarter-final against a fancied Kilcar – but they’ll be happy just to have got through it and get to the semis.

Michael Murphy had a quiet day that afternoon and you’d expect more from him this weekend. Glenswilly have so many match-winners from Philip O’Donnell in goal right through the spine with Eamon Ward, Neil Gallagher, Gary McFadden, Ciaran Bonner and Murphy.

Again, though, Ardara will give this absolutely everything. Declan Gavigan will have the onerous task of looking after Murphy. He’s a strong lad who’s capable, but you just wonder how long he can keep the shackles on him.

Ardara have a reasonable record against Glenswilly, but with Paddy McGrath not playing, Conor Classon not 100 per cent fit and Brendan Boyle just back from an injury, they’re three huge players and the scales are tipped firmly for Glenswilly.

But Ardara, like Killybegs, can summons the passion and the heart of Championships past. When those players put on the Ardara shirt in the Championship, it means so much and can really inspire them.

Mark my words, that does count for something.

It is rather remarkable that we have a semi-final line-up that does not include any of St Eunan’s, Naomh Conaill, Kilcar, Gaoth Dobhair, St

Michael’s or Four Masters. It really is staggering that none of those teams have made it this far.

These four teams left have all made it via the hard road.
Last chances for some returned men

CIARAN Bonner is a player I have been saying in recent years should be in the Donegal squad.
He has been given another chance after being included last week in a provisional squad brought together by Jim McGuinness.

It’s up to Ciaran to take this chance because it will probably be his last.

No-one doubts Ciaran’s ability. In the last couple of years he has missed out on a lot of success with Donegal. I’m sure he’s still hungry to achieve at that level. He is, without doubt, good enough to do it, but he has to put in the hard work over the winter months to take himself to the next level.

He has a fair bit of catching up to do, but it would be great to see Ciaran lining out for Donegal next season.

A fully fit and a fully focussed Ciaran Bonner would only be a good thing for Donegal.

Leon Thompson has been one of the form players in Donegal club football in recent years. He has been dogged by injuries and this is probably his last-chance saloon too. He’s a player that could add another option to the forward line.

The selection by Jim was interesting with some others brought back into the fold.

Conor Classon is back again. He is young enough to make a push and he hasn’t really been given a proper go at this level. He’s a good option around the middle of the park and we aren’t exactly over-run with midfielders in Donegal, are we?

Thomas McKinley and Antoin McFadden are back after most of a year out and the success of Malin’s Championship run has earned Stephen McLaughlin a call. He’s a very pacy player and he really could make a go of it.

Christy Toye’s absence in 2013 was really felt. He had been doing so well in 2012 as an impact player and it’d be great to see Christy back in the county colours again.

Young Darach O’Connor is a player of real promise. He was the minor captain in 2013 and was part of the Under 21 team, too. He’s just 18 but is an exciting prospect. He has the temperment to get there and is a real dynamic sort of a player.  It’s no harm to get players like Darach in early to get integrated into the Donegal set-up.

Another young man taken on board is Hugh McFadden, who was a real revelation for Killybegs against MacCumhaills in the Championship, scoring 2-4. He’s been taken on board by Jim. He can be used as a target man inside or can play around the middle too. He’s got a great pair of hands. He’s just out of minor too and has done extremely well. It is a huge step up for him, but time is very much on his side. If he commits to playing Gaelic football we could well be seeing a lot more of him. He has a chance.

The biggest change I think we’ll see in Donegal will be in terms of the style of play in 2014. I have a feeling that it’ll be more direct and it’ll be about getting ball delivered in early.

Last year we won an All-Ireland with a system that most people hated, simply probably because they were unable to counter-act it.

It didn’t work this year when teams got to grips with them this year and the teams who advanced in the Championship were playing a more progressive style.

You could see Donegal going more direct next year and Jim will be looking for players of delivering long, early ball to the edge of the square for Michael Murphy.

We expected things to be freshened up, but maybe not to the extent that they have, but here we are now with the ball firmly rolling for 2014.

Have you a comment to make on any of the above or would you like Declan to raise an issue in this column? Get in touch by email d.bonner@donegalnews.com