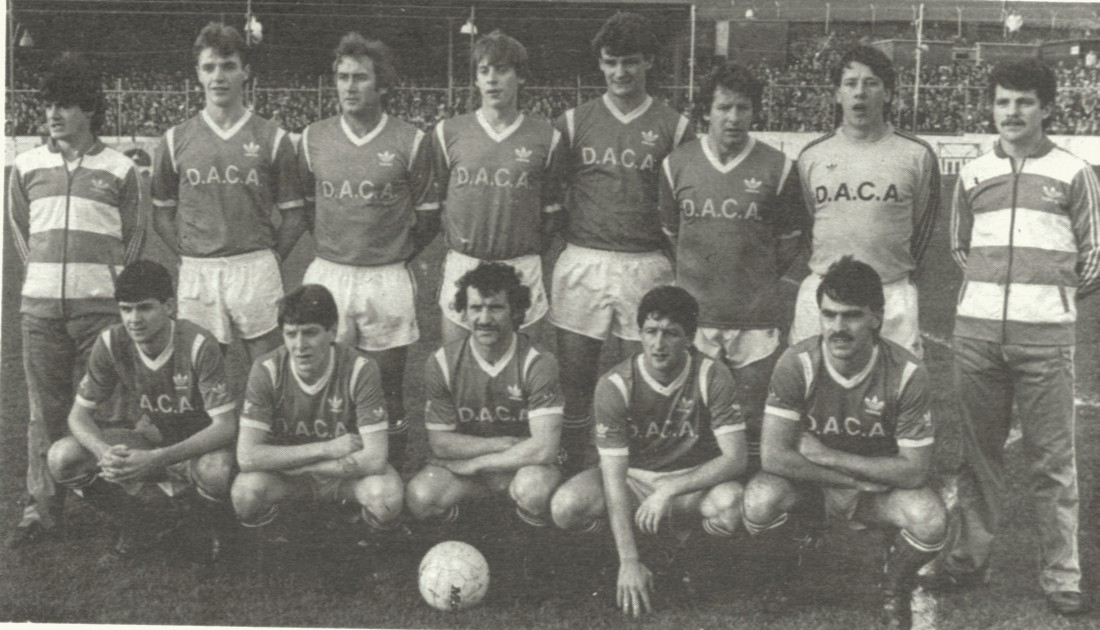 IT was with great sadness that I learned of the death of Dundalk legend Tommy McConville on Friday afternoon.

It was McConville (67) who gave me my debut for Finn Harps – against an Inishowen XI in Carndonagh in the summer of 1986 – and what followed was one of the best footballing years of my life.

Playing in a defence which had Declan McIntyre in goal, Paul Curran alongside Tommy in the centre and Liam ‘Roper’ McDermott at right-back, I was in footballing heaven.

Unfortunately, Derry City and Shelbourne would pip us to promotion that year and while we would reach the final of the Shield, Harps – in their wisdom – dispensed of the services of a man who lined out for Harps for the last time at the age of 41.

Admittedly, Harps supporters only got to see Tommy in the twilight of his career – unless of course it was stopping the likes of Brendan Bradley and Hilary Carlyle in the Dundalk colours – but class is permanent.

A key figure in teams that won three league titles, three FAI cups and assorted other honours, Tommy played in many of Dundalk’s greatest ever European ties too and was forever being reminded about the last minute “miss” against Celtic that would have put the Scottish champions out of the European Cup and the Irish team into the quarter-finals.

“For Dundalk supporters Tommy ‘Mac’ was the best League of Ireland defender of his era,” wrote club historian Jim Murphy in tribute to him.

“For many of them he has never been bettered. His hallmarks as a defender, whether at centre or wing-back, were astute reading of the game, intuitive anticipation and natural athleticism. Brute force was not for Tommy — and thanks to his ball playing style and majestic elegance, he stood out wherever he played, whether in the League of Ireland or in the major stadiums of Europe, or North and South America.”

I think that’s why we got on so well. I weighed 11 stone soaking wet (I know, I know age hasn’t been that kind) and wouldn’t have been the most forceful of defenders.

At training sessions you were encouraged to play to feet and always support the runner. It sounds simple but that was his philosophy and one which sat so comfortably which the players he had at his disposal at that time.

Paul Curran and Kevin McKeever would go on to win league and cup titles with their home town club Derry City while Declan McIntyre would win an FAI Cup with Galway United.

Win, lose or draw he encouraged us to enjoy a post-match drink together and it’s no surprise that a lot of us remain in contact with one another almost thirty years on.

He always played with a smile on his face and I thought of him as I stood in the pouring rain on the sideline last Saturday morning as Dunkineely Celtic U16 team played Eany Celtic in Inver.

Dunkineely lost 3-2 but they played with style, commitment and no little skill, which will stand to them as they get older. Tommy would have been proud.