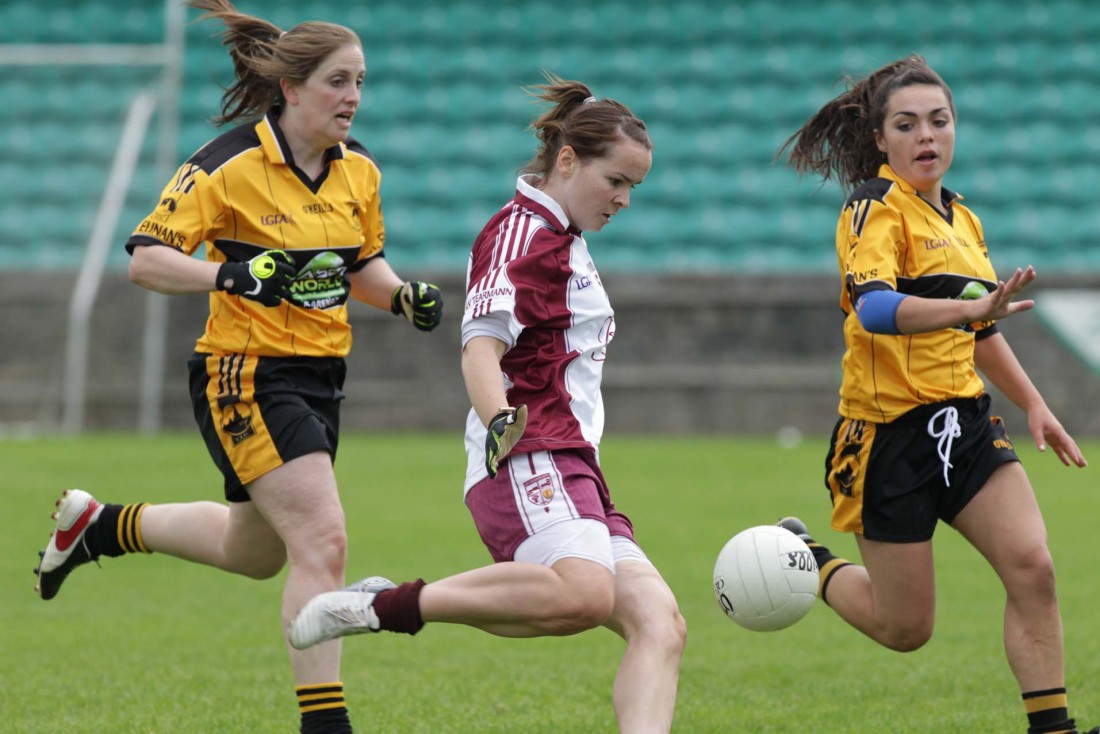 TERMON stand on the cusp of their third Ulster senior ladies final appearance when they take on Armagh champions Carrickcruppen on Sunday (2pm).

For the second week in a row, the Burn Road girls are away from home, as their clash against the Camlough club takes place at Lowe’s Lane.

Termon, though, are heading to Armagh in confident tune after a five-star performance from Geraldine McLaughlin last weekend saw them defeat the Cavan champions Lacken.

McLaughlin scored 5-4 as goal-crazy Termon won 7-10 to 2-10. McLaughlin is in scintillating for right now and with a player of her refinement on the bus it is no surprise that Termon are undaunted heading for the lair of Carrickcruppen.

McLaughlin has that ability to make something out of nothing. In the county final against St Eunan’s, she wasn’t involved as much as she’d like – but still managed to bag a clinical hat-trick in Ballybofey.

With the Donegal ace in sharp-shooting form, Termon can be encouraged.

Manager Trevor Alcorn and his mentors, Francie Friel and Paul McDaid, have no fresh injury concerns. With Roisin McCafferty (Coventry) and Niamh Friel (Brussles) jetting back from afar once more, Termon are laying down their intentions for provincial glory.

Aside from Dara Kelly (cruciate), Termon are at full strength. Captain Maureen O’Donnell and the youthful Lucy O’Flynn were the other goalscorers last time out and theirs is a potent arsenal that also contains the McCaffertys – Roisin, Petra, Grainne, Therese and Olive – Niamh McLaughlin and Roisin Friel.

Carrickcruppen have a marquee name themselves in Caroline O’Hanlon, their captain. The double All-Star netted a brace of goals last weekend in their 3-15 to 0-8 hammering of Fermanagh side Newtownbutler.

The Lorraine McCaffrey-managed team has O’Hanlon as its undisputed ace. An early composed finish was added to by a penalty with Natasha Lennon bagging a third goal for the Armagh side. Sixteen-year old Dearbhla Wright is one of the upcoming stars of a side that has Aoife McCullough, Rebecca O’Reilly and Kerry Garvey to watch out for. Carrickcruppen have never appeared in a final before.

MILFORD IN SEMI
THE Milford senior ladies are also in Ulster semi-final action. Martin Barrett’s team take on Tyrone side Cappagh in Sunday’s Intermediate Championship semi-final (2pm). On Sunday past, Amber Barrett netted a brace of goals and Lianne Boyce struck another as Milford defeated Down’s Mayobridge 3-10 to 3-8.