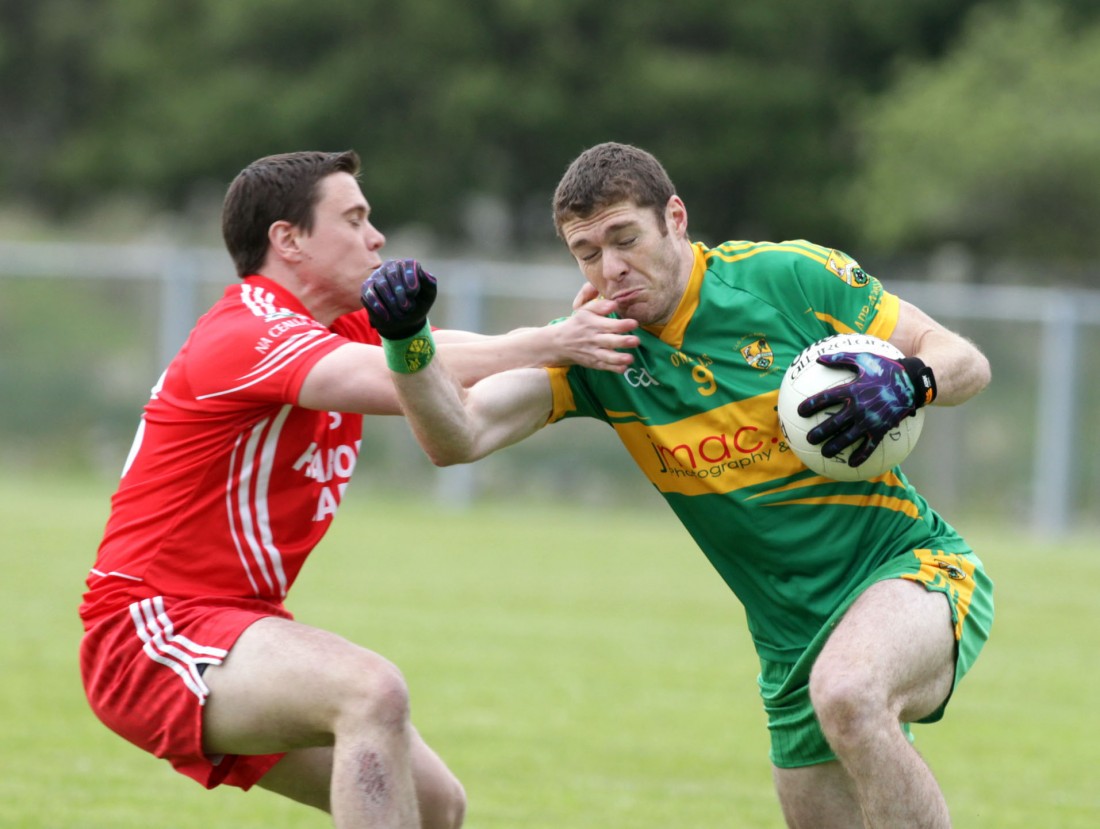 IN November 2006, UCD defeated St Vincent’s to win the Dublin SFC title, their seventh winning of the Championship.

Eamon Ward is a native of Clontibret in County Monaghan and when he was celebrating Dublin glory seven years ago, the prospect of lining up against Kenneth Doherty in the Donegal SFC was surely an unlike proposition.

Ward joined Glenswilly in 2011 and tomorrow night his old team-mate Doherty is on the opposing side.

“I remember the first time we played Glenswilly and I saw the man I thought I recognised. Sure enough, it was Eamon! I was like: ‘What the Hell are you doing here?’

“He’s been doing well for them and he’s got great experience too from his career in Clontibret.”

Doherty spent eight years in UCD, studing maths and physics, going on to graduate with a Phd. He now works in Belfast for a wave energy company, Aqua Marine Power, a Scottish company.

He’s been with them for five years now and is based in Belfast, where he trains during the week along with the St Bridget’s club.

Ardara have such a diverse range of college students and workers away from home, between Doherty in Belfast, Conor Classon in Liverpool and Kevin Herron in Cork that they train each Friday at 9pm.

There’s been a spring in the step these weeks after they reached their first semi-final in seven years thanks to a deserved and comfortable quarter-final success over Gaoth Dobhair.

It was Gaoth Dobhair who provided the opposition on Ardara’s last visit to the semi-finals.

“We have been rarely past the first round since,” Doherty says.

“It’s nice to be here and we’ve been enjoying the run in the Championship.

“We’ll knuckle down and I don’t think that we’ll let the occasion get to us.

“You don’t win anything in a semi-final.”

The Narin man had little or no success with Ardara at underage level but, in 2004, he played at centrefield with Brendan Boyle as Ardara won a senior League and Championship double.

“I want to get another crack at it,” he says.

“There surely has been some change here since I first came on.

“When I started against Gaoth Dobhair I was one of the youngest players on the team and now I’m one of the oldest.

“It’s refreshing actually. We have a good, young squad and it has been very enjoying this run in the Championship.”

It is only now that Ardara are seeing the shoots of recovery and an injection of youth again. Since the likes of Eamon Doherty, Damian Diver and co retired, there have been few graduates until recent times.

“It has been frustrating,” Doherty says.

“We had a good team with players of a similar age, a mature age, all players in and around the mid-20s to early 30s.

“After that, the age profile varied after retirements and since then there has never been a collection of players coming at the one time that has been used to playing with each other.

“The squad diversified and spread out after that. It is only now that there is a group of young lads coming on. It takes time to get used to that.”

Ardara’s League season has not been inspiring, but, like the other sides left standing, they see Dr Maguire within touching distance now. Rarely has a Championship race seemed so opened coming round the final bend to the home straight.

Doherty says: “It’s fair to say that it’s a massive chance. Malin, Killybegs and Glenswilly will all be thinking the same.

“When Eunan’s and Kilcar were put out, all of us thought that the door was blown wide open.

“We can’t underestimate the challenge, but there’ll be no fear in our squad.

“We will have our work cut out with Glenswilly.

“They will deservedly be coming into the game as the favourites. They have a lot of big players on their team, maybe six or seven top men who will do serious damage if they click.

“We won’t be overwhelmed by the occasion.”

The loss of Paddy McGrath has served as a hammer blow to the Pearse Park men.

“We aren’t relying on any one star player,” Doherty points out.

“We are a team of players and I think that is to our advantage. We do our homework on the opposition and take it from there.

“Paddy is a huge loss. It’s been tough all year and I’m sure it has been frustrating for Paddy too because he’s been recovering all the time.

In his absence, it’ll be down to the likes of Doherty to lead the way.

Old college pals will be reunited and will go to war all at once. Doherty would have it no other way.