Advertisement
HomeSportGAAPreview: Ardara look for game of their lives against Glenswilly
Advertisement 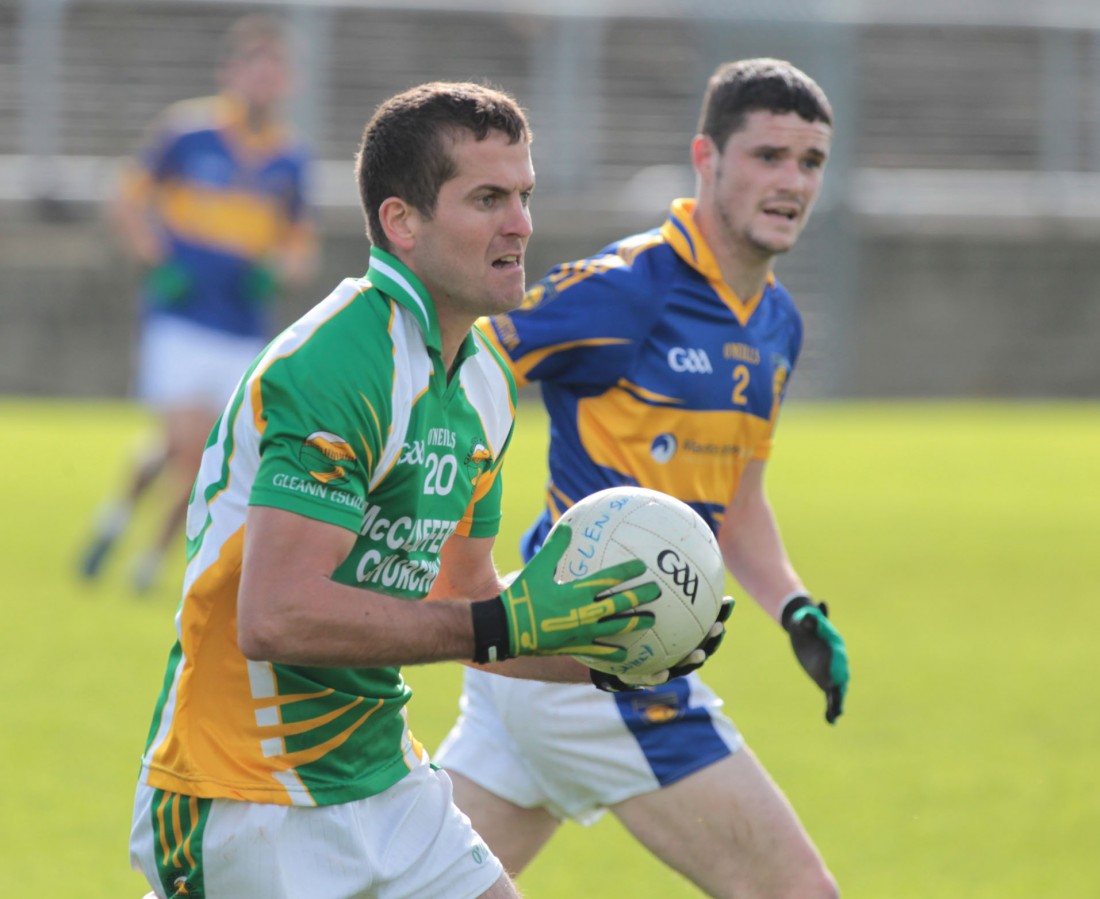 Colin Kelly has returned to the Glenswilly attack in recent times.

ALL season, Ardara’s big struggle has been in turning possession into points.

It’s the points that make the prizes in this game and Adrian Brennan’s team looks like they’ll need the performance of their lives to both curb Glenswilly’s deadly advances and outshoot Gary McDaid’s charges under the glare Ballybofey floodlights on Saturday night.

To shoot the lights out, Ardara will first have to consider the cache from which the Glenswilly weapons will be chosen.

In Michael Murphy, Glenswilly possess one of those players who can flick the switch and turn a game. On form, Murphy is untouchable in Donegal. Even though Gavin McDermott of Glenfin did a reasonable job on the Donegal captain last Saturday night in the League, Murphy had four points scored in the opening six minutes. A first half goal was struck with such ferocity that there was, quite simply, no possibility of it being halted.

With Neil Gallagher, Gary McFadden, Ciaran Bonner and Colin Kelly also in the mix, Glenswilly’s is a formiddable line-up.

“We know they have the players to put games away,” said the Ardara manager.

“Our players will have no fear of reputations. They’ll go out with respect, not fear.

“We know what we’re up against in Glenswilly. They have, more or less, the same team from 2011.

“We have a lot of young lads who are just chomping at the bit to get in on the action and they just have to go out and show what they’re capable of.

“I’m not worried that they’ll be over-awed – that’s the great thing about youth.”

Glenswilly look set to be without Leon Kelly, with McDaid saying that the midfielder is ‘unlikely’ to feature as he struggles to get over a hamstring injury. Gallagher didn’t play in Glenfin, but the 2012 All-Star midfielder will return on Saturday evening, though Ryan Hunter will be given a fitness test on the twisted knee injury that forced him off in Pairc Taobhoige.

Keelan McFadden should play despite being a little hampered by a hamstring injury, while captain James Pat McDaid is also expected to line out.

McDaid was withdrawn at half-time last weekend complaining of a knee injury but he, too, is likely to have recovered in time to take a sentry in the first XV.

“We know we won’t have everyone for the whole 60 minutes, but we’ll give everyone as much time as they need,” McDaid said.

The Glenswilly manager has seen his side emerge from the ‘Group of Death’ and then get over a tense quarter-final against Kilcar. Glenwilly lost a couple of lives that afternoon, with the get out of jail card played when Kilcar spurned three chances to force a draw in added time.

“I was confident when we went into added time,” McDaid said.

“We have massive character and the boys are mentally very strong. Kilcar had chances, but our men really pressurised the shots.”

Glenswilly have done a lot of work on their defence and with Eamon Ward a rock inside they’re a tough dam to breach. Bryan McDaid, Joe Gibbons and Ruairi Crawford are others for Ardara to attempt to get through.

“We know that our display against Kilcar won’t be enough this time,” McDaid said.

“Ardara have a superb pedigree and history. They’re the longest team serving in Division 1 – you don’t do that without backbone. There is a real spirit there.”

Ardara finished strongly against Gaoth Dobhair to win their quarter-final, but there does remain a lingering question of how insipid the Gaoth Dobhair side was on that evening in Letterkenny.

Ardara’s deficiencies were laid bare last Sunday when they squandered several late chances to close out a League game against Malin they were winning. They ended up on the losing side.

“The final third has been a struggle,” Brennan said.

“We’d like to be putting up more scores, obviously. We finished very well against Gaoth Dobhair and this weekend is different with it being Championship.”

Ardara’s big miss is Paddy McGrath, who misses out after undergoing surgery on a groin injury. The Donegal star’s absence is a hammer blow to Ardara’s hopes, but Brennan is confident that Conor Classon will be able to play despite suffering from a hamstring complaint.

Matthew Maher seems unlikely to play, but Kenneth Doherty has recovered from a calf strain.