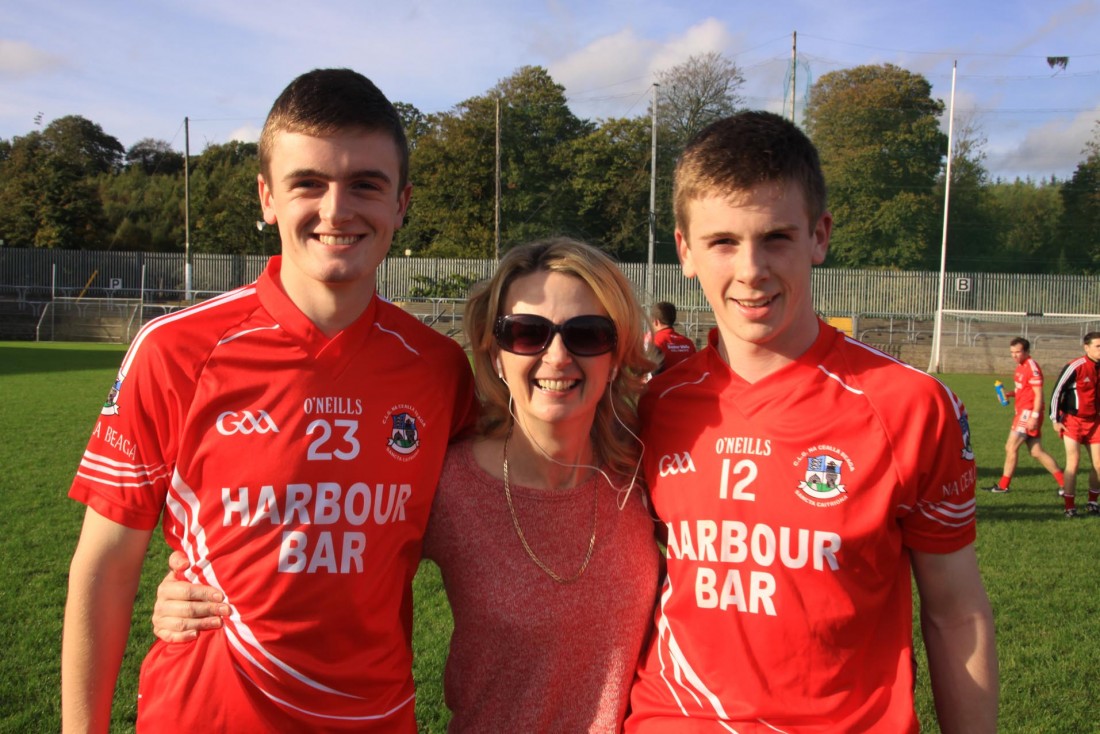 EOGHAN ‘Ban’ Gallagher is the baby of the Killybegs team, but is relishing the prospect of playing in the Donegal SFC final on Sunday.

The 17-year old St Catherine’s Vocational School student is in his Leaving Certificate year, and says he’s ‘studying hard’, but this weekend he faces a test as great as anything that has been before him.

“Glenswilly will be a massive test and it’ll be something different because we haven’t played them this year,” he said.

“It’s the first time we’ll play them in Championship football.

A son of former Killybegs and Donegal star John ‘Ban’ Gallagher, Eoghan has been reared on storys of the glory years by the fishing port in the south-west, though he has little memories of his dad playing in his pomp.

“He likes to say how much they won and how hard they train,” smiles the versatile youngster.

“I didn’t get to see him playing much, only just before he retired. I don’t really remember him playing to be honest. I’ve watched games on the tv and see him play in those.

“I’m always trying to catch him I suppose.

“He’ll be out on the field too with the 1988 team on Sunday. The town will be emptied – everyone will be there.”

Gallagher was a member of the Donegal Minor panel this year and was on the squad for the huge Ulster Championship clash against Tyrone at the end of May.

Although he didn’t come on that day, being a part of the squad that was heading for battle with Sean MacCumhaill Park fast filling up has given him an incling as to what he can expect on Sunday.

He said: “It was a big help. I learned a lot from the minor experience. I didn’t play, but I learned what it was like to be part of a team for a big Championship game. That was the first time I was involved before a big crowd. It was a full house that day in Ballybofey. That helped me before the semi-final. It was massive.

“That was a big benefit for me, especially since I was playing against a higher standard than I had before. It got me used to playing against stronger players.”
This isn’t the first Killybegs team to go the hard road. Gallagher said of the season so far: “It has been a bit of a roller coaster. we stuck together and got the results.”