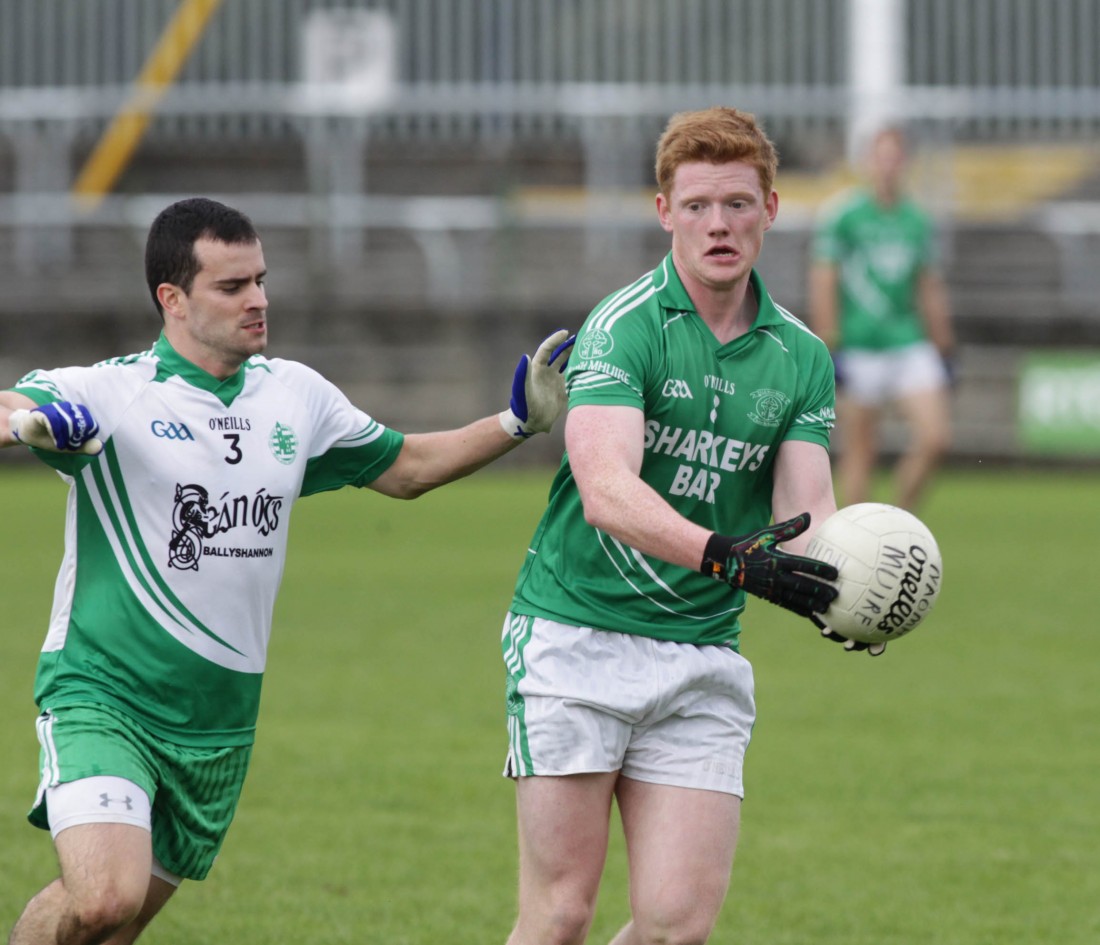 IT WAS the day, ultimately, that shaped their season.

They didn’t think at the time but when Fanad Gaels left The Banks with a 2-9 to 0-7 preliminary round first leg win that it would serve to fan the flames for Danny O’Donnell and Naomh Muire.

Second-half goals by Michael Sweeney and Seamie ‘Nanny’ Friel handed Fanad the initiative and left Naomh Muire with some soul searching to do.

As they headed for Portsalon, it was do-or-die. Naomh Muire’s response was perfect: 3-12 to 0-11 they won and notice of their Championship intentions was served that evening in Pairc Ui Shiadhail.

“The Portsalon game – going away from home with the backs to the wall and winning in the way we did has really kicked us on,” says Naomh Muire boss O’Donnell.

“It was do or die that day for sure. “Even more so than the play-off in a way because we were at their home. The play-off was one of our best performances of the season though.”

Fanad headed west with the memories fresh of a relegation play-off defeat from last year. That first leg was a wretched day for O’Donnell and his troops. They went off to the trench believing they’d been prepared for the war, but they came back battle scarred.

“From a manager’s point of view, it was one of our worst days,” O’Donnell says.

“We didn’t see it coming at all. We thought that we were well prepared. Fanad had huge motivation because we beat them in a relegation play-off at the end of last year. They probably felt they owed us for that. In saying that we thought we were ready. The performance wasn’t even flat, we had chances to win it. “Missing chances in the first half just drained our confidence.

“When you have a young team sometimes confidence is key. Fanad grew in confidence and beat us by eight points.

“It was a good thing in that we closed ranks and pulled ourselves together after it. We had a team meeting on the Tuesday night after the game and it gave us a chance to air our grievances with us. There was a commitment made that night that no stone would be left unturned in terms of turning the season around.

“Since then we have kicked on big time. That defeat really galvanised the group and gave us some extra drive.”

In the O’Donnell Park play-off, Naomh Muire came to life in style. Owen Grant kicked 2-1 and Harry Harden clipped 0-6 as the Lower Rosses men got over the line. For their semi-final win over Aodh Ruadh, Grant and Harden began proceedings on the bench. It was a clear indicator that O’Donnell has a strong squad with some depth at his disposal.

He said: “We have tried to gather a squad there that can sustain Division 2 football and challenge in the Championship. We brought the minor lads in late on in the season, but they have made us even stronger.

“The strength of the squad is important and we have that now. “Coming towards the end of the season you’re always going to have one or two niggles, but we’re happy with what we have.

“We’ve prepared as best we can and we have a full deck to select from.” They were on the ropes against Aodh Ruadh, before a Paul ‘Yank’ Boyle penalty late in the first half turned the tide. Naomh Muire kicked on for a deserved win with Boyle driving them on.

“There was no sense of panic,” O’Donnell said. “That’s something playing in Division 2, against the likes of Glenswilly and Glenfin, has given us. We have tested teams like that and we have won big games. We have got a lot of self confidence.

“The big score was the penalty just before half-time. That gave us a bit of impetus for the second half. We got the job done. Semi-finals, at the end of the day, are all about getting the result.”

O’Donnell was there in 1994 and 1998. He was a selector to John Joe Doherty when the Junior title was claimed six years ago. He’s experienced senior football in the club colours before. They’re within touching distance again.

He said: “It’s huge for the club. I always felt that we’d get back to that level someday. The closest we got was a semi-final when we lost to MacCumhaills a few years ago. It’s massive. It’s only our third Intermediate final – and we’re hoping to continue the record of wins this weekend.

“We’re not there to make up the numbers – we’re there to win the Championship.”