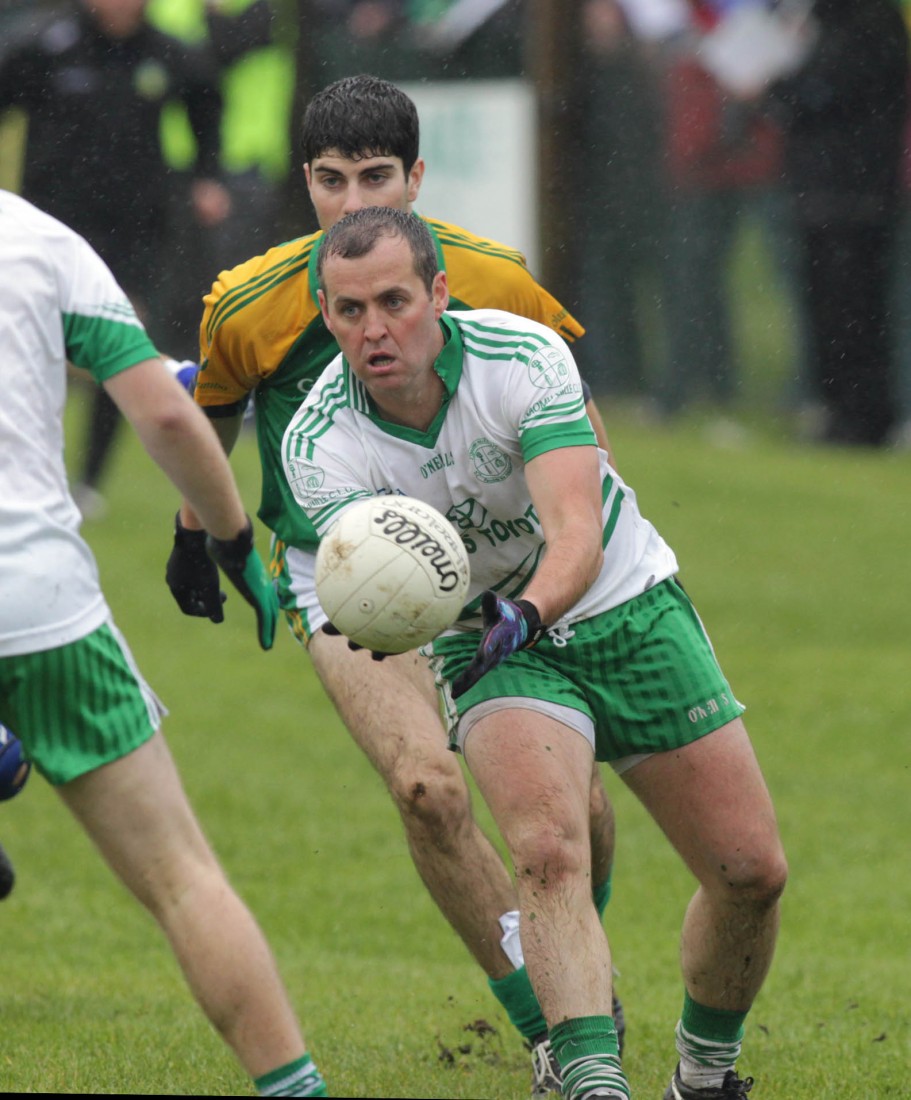 MAYO lost their seventh All-Ireland senior football final in a row last month and there will have been feelings of sympathy all over Ireland for James Horan’s team after their narrow defeat by Dublin.

In Mountcharles, though, there will have been more empathy than sympathy.

St Naul’s resided in the house of pain as they lost six successive Intermediate Championship finals between 1985 and 2004.

There were no tales of curses in the parish of Inver, but the locals must surely have felt there was some sort of Indian sign hovering in their stratosphere.

Two years ago in Donegal town, St Naul’s – at the seventh time of asking – finally broke their hoodoo. That they faced Naomh Columba in the final was poetic in itself. Glen played in six senior finals during the 1990s, but lost five of them. The future was protective of its secrets when John Joe Doherty captained them to Dr Maguire in 1990, Glen facing a decade of heartache in finals.

“It’s not a nice feeling when you keep getting to finals, but keep on losing them,” said McCabe, the player-manager of the Gerard Gallagher Memorial Park side.

“We probably had better teams down the years, better than the 2011 ones, but the 2011 boys will always be the first. We lost a couple after replays. It was heartbreaking at the time. All that is history now, though.”

Stephen Griffin led the way with five points and the assist for the killer goal, netted by Pauric Coyle in the first half. St Naul’s won 1-5 to 0-3 and the outpouring of emotion was in keeping with a side that had known only painful days in finals.

Griffin is the marquee name in St Naul’s. With a Celtic Cross in his back pocket, it’s no surprise to find him a marked man in Division 3.

McCabe said: “Stephen is the player everyone looks up to. He’s the man who kicks seven, eight, nine, ten points for us week-in, week-out.

“We’d like to see him back on the county team again. The door is still open for him and he’s really up for it. He’s been a gem for us this year.

“With frees alone, he’ll kick three or four a game. He’s the captain of the team and is a real leader for us. The experience he gained while with the county team is a massive thing. It’s the simple wee things you hear from him, things he would maybe have been working on with Donegal.”

McCabe feels that St Naul’s have matured as a team since 2011.

For the opening five rounds of the All-County League, Griffin was absent, but St Naul’s still managed to claim ten points from those games.

“Barry Griffin is playing the football of his life and we also have the likes of Fiachra McGinley, John Rose and Shane Conneely playing fine football.

“Stephen made a big call in dropping out of the Donegal set-up and it wouldn’t have been easy for him to do that. St Naul’s have really benefited from having him.”

St Naul’s won Junior titles in 1962 and 1972, but something went awry in those 20 years of hurt in Intermediate finals.

In between times, St Naul’s flirted with the Senior Championship. In that year of years, 1992, St Naul’s returned to the SFC having been absent since 1974. Tony Byrne, John Kearney and Cookie Meehan starred as they defeated MacCumhaills following a play-off, and it was only in a third game that a Pearse Kelly goal won the tie for Cloughaneely.

St Naul’s returned in 1996, but St Eunan’s got over the line, led by a youngster by the name of John Haran. The trophy-laden Championship career of Haran, one of the most successful club players to have played in Donegal, ended a couple of weeks ago.

St Naul’s played in the SFC from 1996-2003, losing in the first round each time despite forcing a few play-offs along the way.

Last year, they made a brief cameo back in the SFC again, but lost to Naomh Conaill. Now, they hope to get back to the top rung again by taking Cathal McLaughlin back to the parish of Inver.

“It’s great to be back in the final,” McCabe said.

“The big goal was to get out of Division 3 this year and we’ve done that.

“We feel that we’re in a good place, but we have to lift it by 50 per cent. Naomh Muire are coming into the final as a Division 2 team and will be a notch or two above us. They beat Fanad, who everyone was talking about after they beat us in the Donegal Gaeltacht final and then went onto win the All-IReland. Naomh Muire blew them out of the water actually.”

If any club knows how difficult it is to win a Championship, it is St Naul’s. Watching Bernard Brogan’s 2-3 ensure yet more pain for Mayo at Croke Park  will have echoed memories down Mountcharles way.

“That wouldn’t have been talked about, maybe only among the older boys,” McCabe said. “It wouldn’t bug the younger boys, but it was still a huge achievement to win it after so many times.

“We’re capable of going up a notch, too. We feel that we should be fit to compete in Division 2 and Senior Championship. Look at Malin: With the right attitude and 18-20 players all going for the cause, you can achieve big things. It’s all about having your house in order.”

In 1951, a priest in Foxford is believed to have placed a curse on Mayo. It is said that the curse states that Mayo would not win Sam Maguire while members of the squad are still alive. Fr Peter Quinn, Dr Padraig Carney and Paddy Prendergast – who played for Dungloe and Donegal later in his career – are hale and hearty.

Two years ago, St Naul’s lifted the world’s weight from the shoulders.

McCabe said: “We have played in a final now and won it.

“It’s a big help having played in the final two years ago. That’s bound to be a wee help to us in that the boys know what it’s like to win it.”

Now freed from the shackles of history after their afternoon of glory in 2011, McCabe and co will surely be more relaxed this time around as they seek a continuing of the upward curve on their charts.