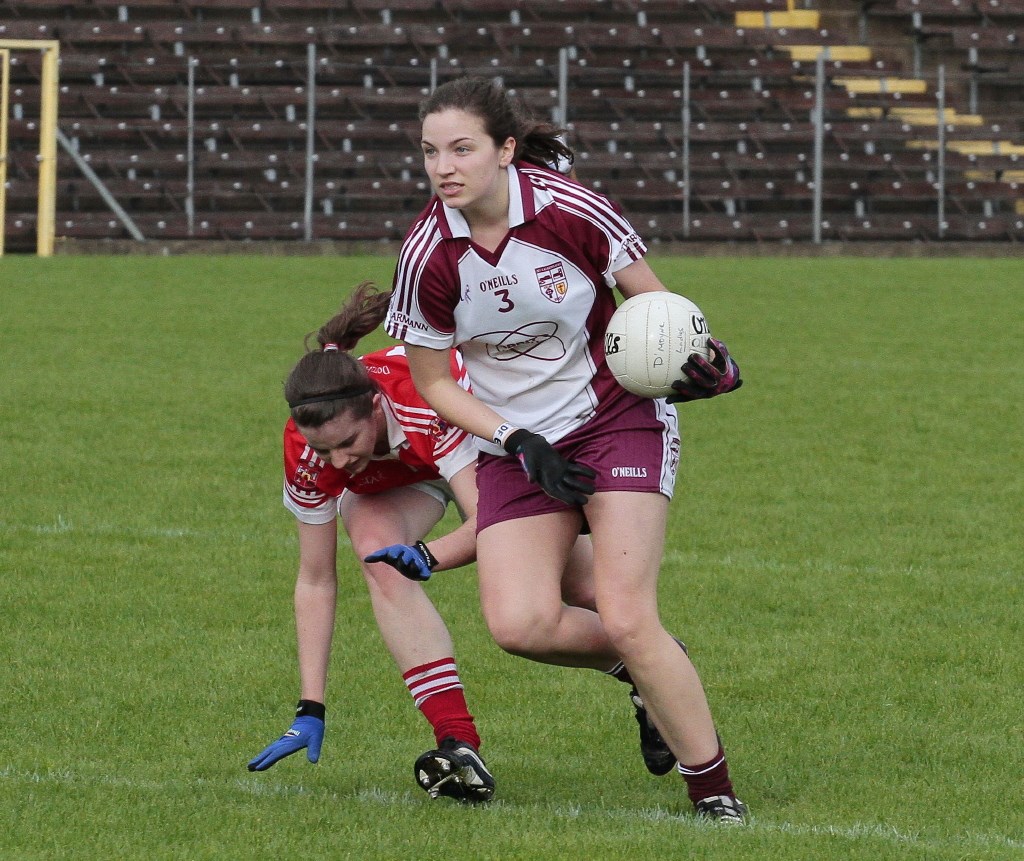 ‘PRIDE in the parish’ is one of those cliched phrases upon which the GAA rests, but it is something that rings true for Termon ladies full-back Niamh Friel.

Want to talk about making a sacrifice just to turn out for your club and represent the parish? Try meeting someone who has traveled back and forth from Belgium for the last month to aid her club’s cause.

In her third year studying Law at NUI Galway, Niamh is on an international year of her studies and is based in the Belgian city of Leuven, 25 kilometres to the east of Brussles.

Being based abroad has not deterred the teak-tough Friel from donning the number three shirt and assisting in Termon’s Ulster Championship quest.

On Sunday, Geraldine McLaughlin’s penalty looked set for final glory against Donaghmoyne in Clones, only for Cathriona McConnell to swing over two late frees to draw the game and earn the Monaghan side a replay. A headache, not least when you’re based six or seven hours away!

“I had my flight back to Belgium booked for Wednesday, but once we drew the game and I knew the replay was on Saturday, I just decided to stay here,” Friel says.

The journey is a pretty arduous one. A two-hour flight from Brussles to Dublin before a near-four-hour trek back to Donegal and that torturous ‘number 32’ experience from the captital is a draining one, especially just for a game of football.

But Friel has returned from for all of Termon’s games, playing a starring role as they defeated Lacken (Cavan) and Carrickcruppen (Armagh) before Sunday’s final.

Friel started studying in Leuven in September, just after Termon won the Donegal Championship with a win over St Eunan’s, but she had prepared for this eventuality from an early stage.

“Meh, I knew from early enough that it was a possibility so it hasn’t really caught me out,” she says.

“We started back training around February or March, but I knew then that I was going to Brussles and that I’d have to fly back.

“People say that it’s tough and demanding, but I don’t really think about it like that: I just get a flight and then the bus to play.”

There’ll be no time for celebrating if they manage to win the day on Saturday in the replay at Trillick as she flies out at the crack of dawn on Sunday again.
Studying European Law in Belgium, she will return to Galway next year to complete the fourth year of her course.

That she hasn’t lost her want for football is commendable, but missing it never really was an option. From early doors, Ulster was the bullseye on the Termon dartboard.

“We went out this year with the aim of winning it,” she says.

“We said at the start that we’d go out to see if we could do it.”

In 2010, with a group of girls, many of whom were still teenagers, Termon blazed a trail all the way to the Ulster final and defeated Donaghmoyne. Although beaten in last year’s decider, that 2010 campaign, their maiden voyage into provincial waters, has stayed with them and they hope it inspires another day of glory this weekend.

Friel says: “The first time we won it, we were very young. We won the Donegal Championship and were going up the road just thinking: ‘Sure we’ll be well beaten here’. It was amazing to win the first game and we just kept going from there.

“We’ve wanted to get back to that place ever since and this year we just said that we’d give it a rattle. We didn’t take any teams for granted, but Ulster was our aim.”

Friel plays for the Donegal senior ladies and is one of the main players on the Termon side.

That she has returned means that Trevor Alcorn hasn’t had to fill a void in his full-back line. Last Sunday, Termon could have snatched the win with McLaughlin’s late penalty – after being blown away earlier in the tie.

Friel says: “The pressure was off us in the second half and we just had to go for it. We didn’t play at all in the first half. We could have blown it.

If the performance of the team matches the dedication of the full-back, Termon surely won’t be far from the silverware.