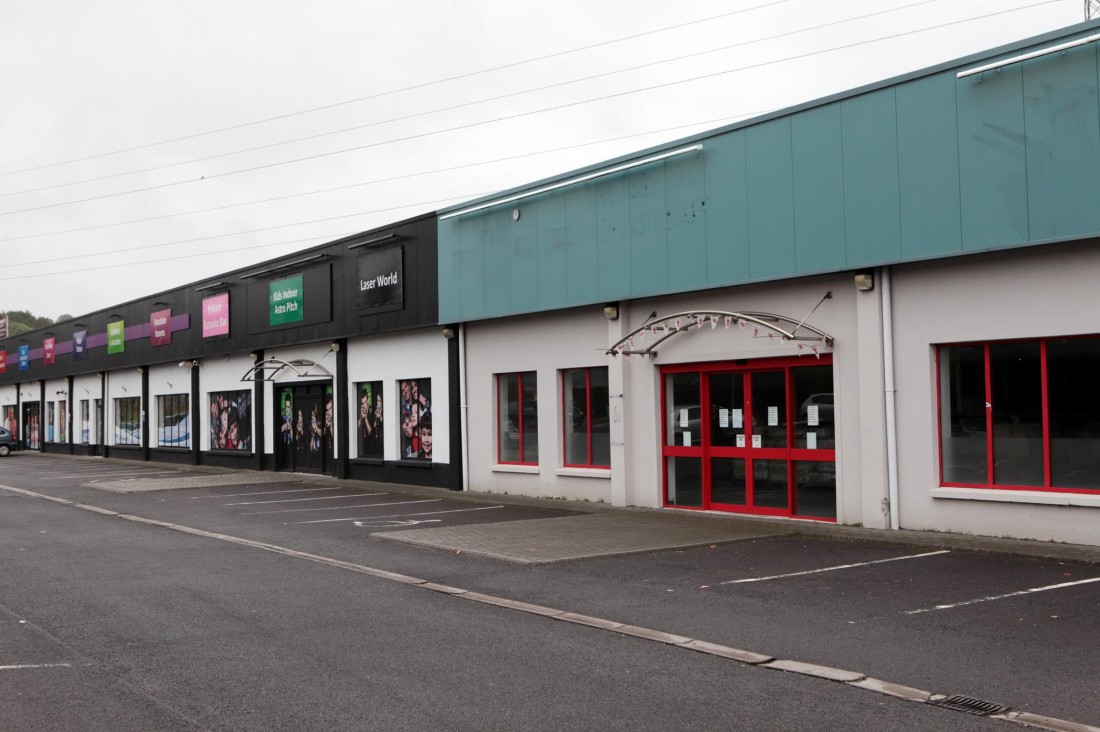 The unit at Ballyraine, Letterkenny.

A DECISION by Letterkenny Town Council to grant planning permission for a gaming arcade at Ballyraine has been appealed to An Bord Pleanála (ABP).

Last month, council planners made a decision of intention to grant permission to Milford man, Mr Darren McGarry, for the change of use of the existing unit six to an “amusement arcade” with gaming machines at Ballyraine Retail Park, beside ‘Arena 7’.
However, that decision was appealed this week to ABP by planning consultant, Mr Gerard Convie.

The proposed arcade will cover an area of 401 square metres or 4,300 sq ft.
Called ‘Coral Island Amusement Emporium’, it is believed that one of the country’s leading gaming arcade owners, Mr Richard Quirke, is behind this development.
Mr Quirke owns Dr Quirkey’s Good Time Emporium, which contains a casino, on O’Connell Street, Dublin, and is also behind the proposed 460 million euro casino in Two-Mile Borris, County Tipperary.

Last year, a decision to grant permission to Mr McGarry for a large gaming arcade in the former Gleneany House Hotel was successfully appealed to ABP by Mr Convie.
ABP overturned the council’s decision, saying it considered the proposed development, which was to be located in a peripheral mixed use area outside the main urban core of Letterkenny, would fail to support the zoning objective for the site as set out in the Letterkenny and Environs Development Plan 2009-2015.

In his latest objection, Mr Convie argues that a gaming arcade should be located within the town centre and “preferably along the Main Street.”

Mr Convie said: “The location of the proposal, on the periphery of the town and far removed from the town centre, would create a precedent for other similar type developments in inappropriate locations outside the town centre. Not withstanding the nature of some of the uses of the other units at this location, it would be negligent for the planning authority to permit a development which would act as a precedent for this type of use outside the town centre, which has been specifically zoned to accommodate this type of use.”

He also warned that, to grant permission, would set a “dangerous precedent” which the council may not be able to contain.