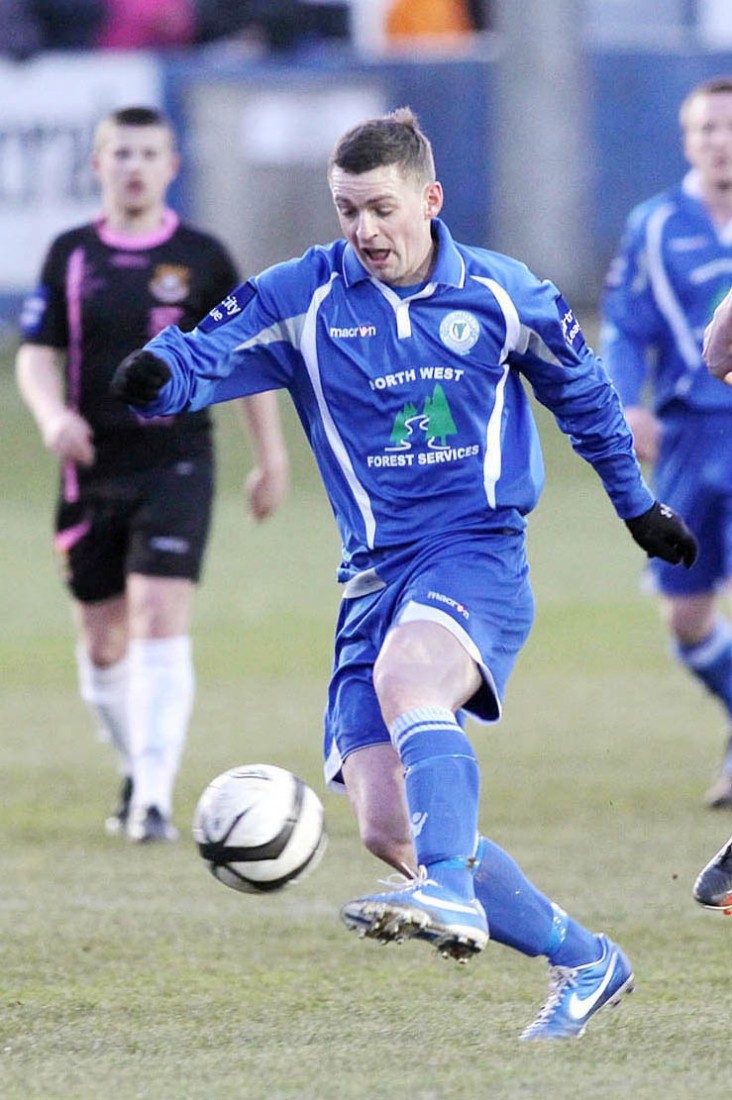 Over the last number of years I’ve visited and revisited the goings on at Finn Harps Football Club. Unfortunately, those visits have had mainly to do with their struggles both on and off the pitch as they battle to survive in senior football.

Last Friday evening the club was thrown back into the media spotlight with the news that team manager Peter Hutton had decided to resign, with immediate effect, after the final home game of the season against champions Athlone Town.

It brought to an end Hutton’s association with the club he joined in May 2011. It also looks like the club will be looking for a new chairman next month with news that Joey O’Leary has indicated that he will not be putting his name forward for re-election.

Tonight’s match in Galway against Salthill Devon brings to an end another season of struggle on the pitch and the events of last weekend and O’Leary’s decision to step down hasn’t made the ongoing fight to keep Harps afloat over the coming weeks and months any easier.

Harps need to win to be certain of finished sixth in an eight team league while a win might be good enough to move them up to fifth, depending on how Wexford Youths get on.

Even at that they look set to finish 22 points behind champions Athlone and up to 16 behind whoever finishes second out of the three clubs still in contention.
After a promising start, Harps only managed to win a total of 8 out of 27 league games this season and they’ve been out of the promotion race for a long time.

Players attitude and commitment has been a cause of concern throughout the season, none more so that after the infamous Arranmore Gate affair which left serious question marks over Hutton’s authority and the attitude of the players involved.

Indeed, following Hutton’s resignation team captain Kevin McHugh said as much when he claimed that certain players were just happy being at a senior club, adding that the noose around Hutton’s neck had been tightened by some of them.

The events of last weekend and the news that O’Leary is going to step down once again leaves Finn Harps FC in a precarious position.

It was interesting to read the statement that Peter Hutton released on Friday night. While he thanked those who supported him, both on and off the pitch, he also noted that there were others who didn’t match his desire or determination – a clear indication that not everyone was pulling in the same direction.

Not for the first time, Harps now find themselves at a cross-roads. Another good football man has come and gone and the search to find his replacement is underway.

The First Division is a graveyard for clubs unable to generate the funds to get out, and stay out, of it. Supporters are not prepared to pay good money to watch their team struggle against poor quality opposition but yet it’s the revenue generated from those games which are a key element in the club’s finances.

Last weekend Athlone Town’s title winning manager Roddy Collins suggested that the First Division should be done away with and that a club of Finn Harps history and tradition going back over 40 years should be accommodated in a one division league. While it was nice to hear him say that the reality is that the bigger clubs don’t want it and while that remains the case the future of clubs like Harps will be in doubt.

This weekend brings the curtain down on another season in senior football. Let’s hope that when it comes round to get things organised for the 2014 season there will be a light at the end of the tunnel – a light that will be a lot brighter for Finn Harps FC than it currently seems to be at the moment.

It was a busy few days at MacCumhaill Park which hosted the two Senior Football Club semi-finals on Saturday evening and Sunday afternoon and then, on Monday night, with one Joe Brolly stealing the show in a big charity event.

The weekend got off to an explosive start with Glenswilly, the 2011 champions, just holding off the brave challenge of Ardara to reach their third final. Ardara looked dead and buried as they trailed Glenswilly by seven points early in the second half but come the final whistle they were only the width of an upright away from earning a deserved replay.

Glenswilly justified their favourite’s tag in the opening forty minutes but they had to survive a super comeback by Ardara and, in the end, they were hanging on by their fingertips.

Then, on Sunday afternoon, Malin found the favourites tag too heavy a burden to carry as they lost out to a Killybegs team without a league win all year. Despite being down to 14 men after 25 minutes and then conceding the only goal of the game, the Fishermen never panicked and some great scores from Benny Byrne, Matthew Smyth and particularly Hugh McFadden saw them move two points clear.

Glenswilly will now carry the burden of favourites into the final and that will suit Killybegs down to a tee. It makes for a fascinating game next weekend.
Monday night’s game between the NYPD team, which included many of the 2012 All-Ireland winning Donegal team, and a team of legends and members of the Donegal ‘92 team brought with it much less pressure.

The event had been organised by former New York Police Department captain Paul McCormack, himself a native of Ballybofey, and there was a great crowd out in support of the event which was raising funds for the Friends of Letterkenny General Hospital. The fun continued later in Jackson’s Hotel.

The stand-out performer on the night was Joe Brolly. Originally included in the Legends squad he insisted that he wanted to play in an inside line that included Michael Murphy and he got his wish. He scored the game’s opening goal and his every touch got a cheer from the sizeable crowd.

Good luck to my old friend Noel King who takes charge of the Republic of Ireland team for their final two qualifying matches in the coming days. We go back as far as his days with Derry City and he always set out his team to try and win games. I have no doubt that he’ll do the same again this time around and I would expect to see a more adventurous Irish team than I have watched over the past five years.