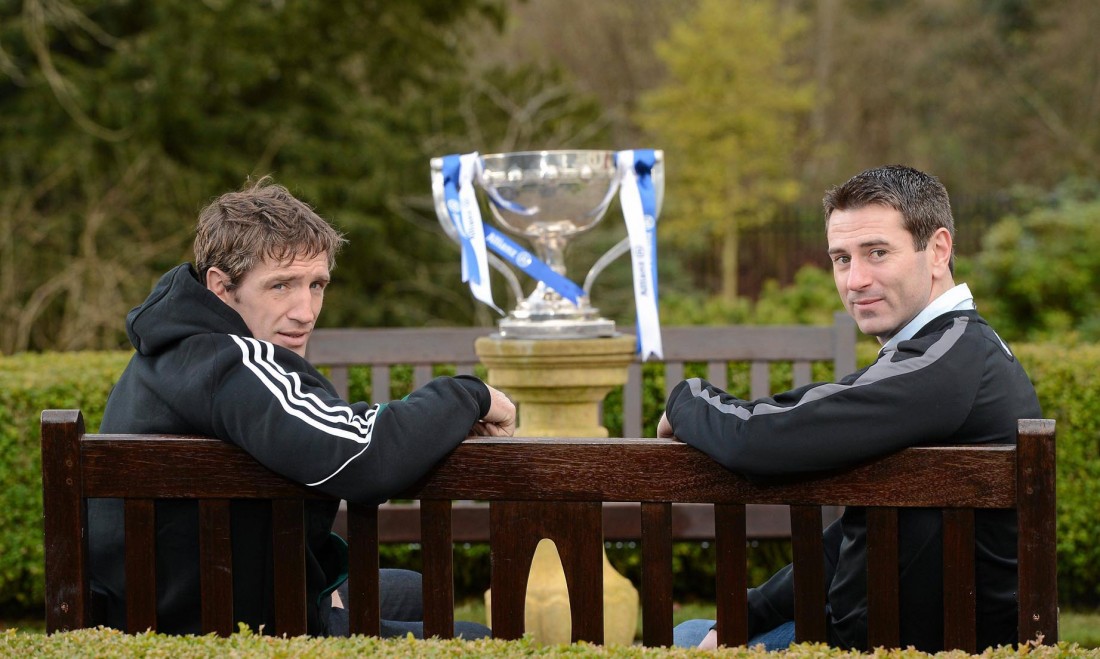 ON Tuesday night I heard that Kieran McGeeney had been voted out as Kildare manager. McGeeney lost a vote recommending him from one more year in charge by 29-28. The only surprise there to me was that 28 wanted to reappoint him.

We all know that it’s tough being manager at Inter County level these days but the GAA, like many other sports, is judged on results these days and Geezer, as he is affectionately known, failed to deliver a Leinster title never mind an All-Ireland for Kildare.

There’s no doubt that during his tenure Kildare football has improved but it’s also a fact that, when push comes to shove, they always fell short on the big occasion. During his time Kildare improved in terms of physicality and fitness and, at times, looked as though they were about to make the big breakthrough.

He rarely started with the fifteen players named on the team sheet while his poor use of substitutes and a lack of a real leader on the pitch came back to haunt him.

As a result, Kildare would often start games well before fading away in the latter stages. Their clash with Dublin in this year’s Leinster Championship was a case in point.

It was interesting therefore to read the reaction from the players at his removal. He had remained very loyal to them during his six years in charge and comments like ‘it’s a joke’, ‘gutted’, ‘absolutely sickened’ and even ‘ashamed’ by some of these very same players.

Maybe many of them see the writing on the wall and know that with McGeeney’s departure the new manager might not be half as loyal to some of them.

For whatever reason McGeeney was unable to get Kildare past a certain point. In fact they only reached one Leinster final during his tenure while Meath (3), Wexford (2) and even Louth managed to get there.
During that period Meath. on one occasion, were the only county who were able to break Dublin’s monopoly when managed of us expected that it would be Kildare who would be vying for honours.

In a result’s driven business, McGeeney and the Kildare Senior Football squad have failed to deliver. Those are the facts. No fiction there.

Another job which has become vacant in recent days is that of Fermanagh manager. Peter Canavan stood down from his post on Monday night after two years in charge, having taken them from Division 4 to Division 3 before just missing out on promotion to Division 2 last time out.

They were beginning to make progress but, ultimately, a team is judged by it’s Championship form and it’s here where Fermanagh have failed to deliver.

Canavan has hinted that Fermanagh could have done more to ensure he stayed on as manager for a third season but like many counties they were restricted in what they could do. Many feel that he is a likely successor to Mickey Harte when his time with Tyrone finally comes to an end and it was thought that he would join up with the Tyrone U21s next year.

However it would now appear that he’s going to throw all his efforts into his day job at Holy Trinity college in Cookstown. There’s no doubt he will be back and it will be interesting to see if he can enjoy the same success as manager as he once did as a player.

Congratulations to the Buncrana Minor team who beat St Eunan’s to win the County title last Sunday night. What a turnaround from a 19-point defeat at the hands of the same opponents in the League decider. Well done to all involved with the Inishowen club.

Watching Sky Sports on Monday night I felt that, at times, reporter Jim White was about to have a heart attack or hernia – or both. You see it was the closing stages of the soccer transfer window and he had reporters up and down the country on the look out for famous players and/of their agents.

While a few big deals did go through like Mesut Ozil (Real Madrid to Arsenal) and Marouane Fellaini (Everton to Manchester United), others including our own Shane Long (WBA to Hull) didn’t quite make it over the line.

All I can say now is thank God it’s over and we can get on with watching the football. Having the transfer window still open two weeks into the new season makes no sense.

By the way the next window opens on December 31 which, as Sky Sports like me know, is only 116 days away. God help us all.