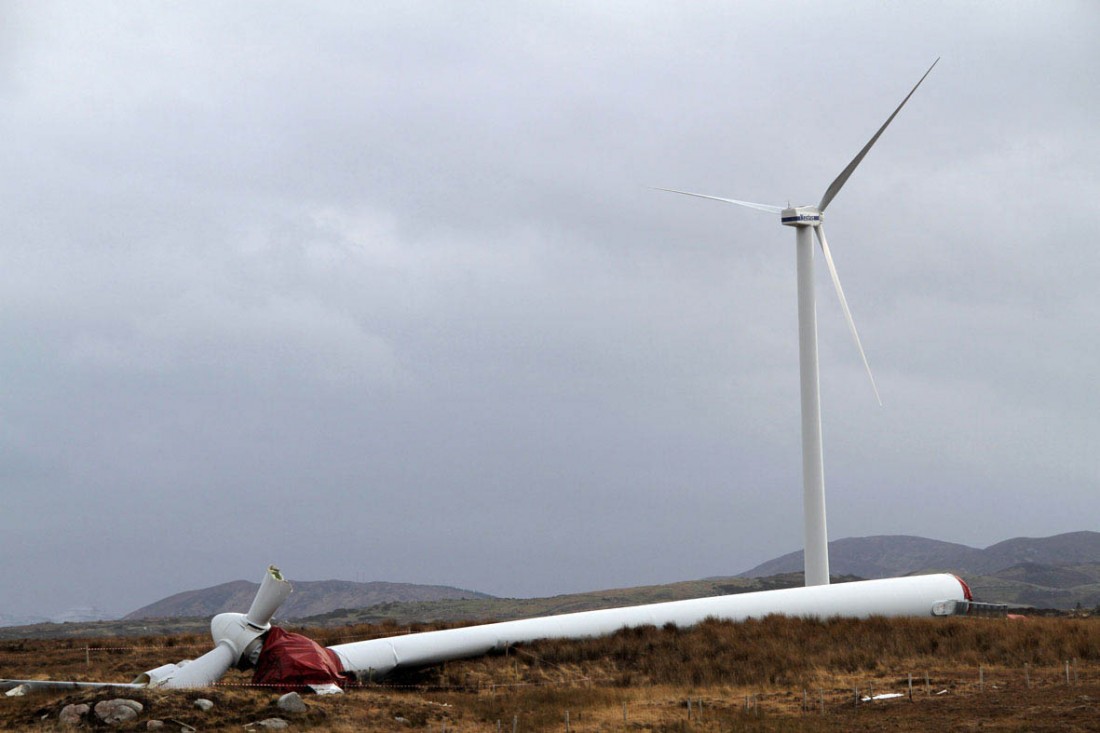 The wind turbine which fell near Ardara earlier this year.

A LORRY carrying parts for a huge 50 metre wind turbine that “slightly” went off the road near Glenties this morning has now safely reached its destination and the road is open to traffic again.

The lorry carrying the giant cargo was on its way to the Loughderryduff wind farm when, according to a spokesman for the developers, part of the trailer’s wheels went off the road at Maas around 6:30 am.

The road was opened again at around 3:30 pm and the lorry is now at its intended location according to Mr John Gillespie, a director of North West Energy.

Mr Gillespie told the Donegal News that reports that the lorry had left the road were “based on hearsay.”

“Neither the lorry nor the trailer left the road,” he explained.
“There is a steering device on the trailer and part of its wheels went slightly off the edge of the road.

“The road was blocked for a time until the vehicle was towed a short distance away. Also, no damage was done to the road or the vehicle. We regret any inconvenience caused during this unfortunate incident.”

Mr Gillespie also denied claims that they were replacing the damaged turbine without planning permission.

“North West Energy is in the process of replacing parts of the turbine that were damaged when it fell a few months back,” he said.