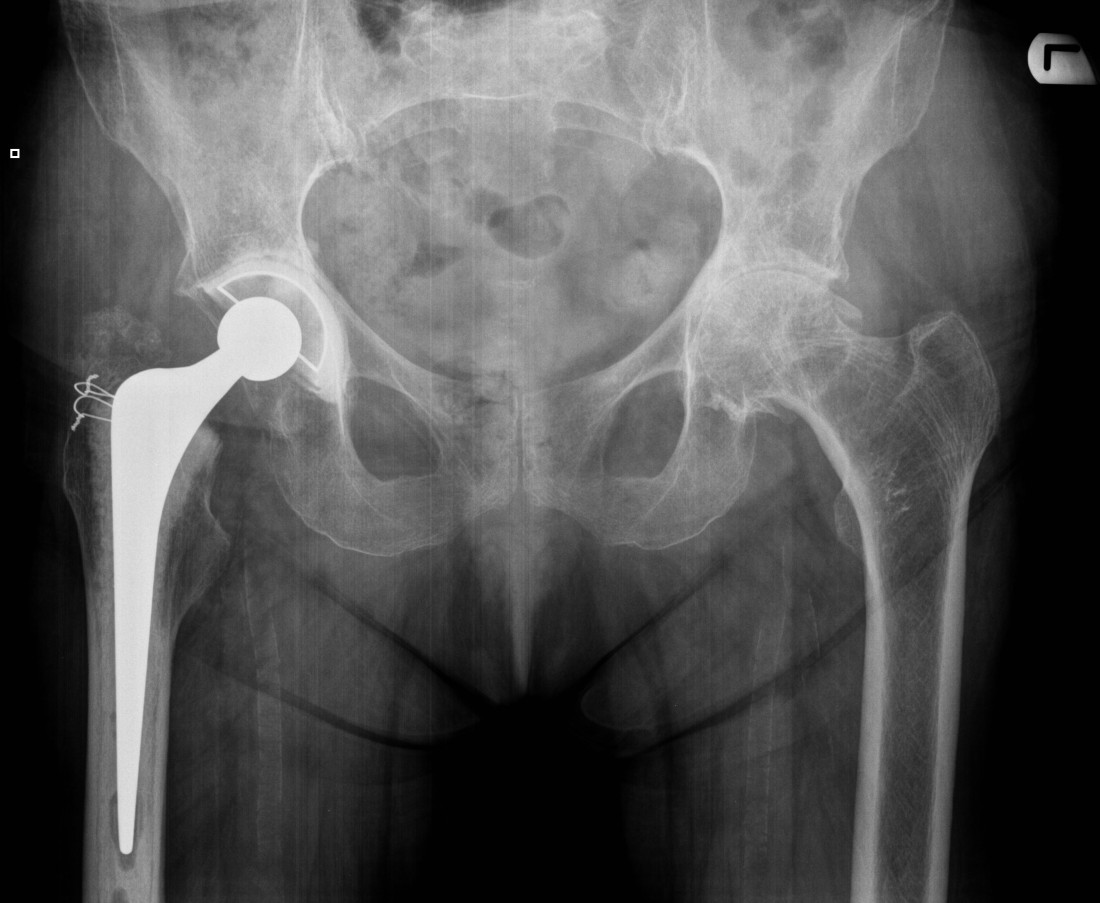 An X Ray of a hip replacement.

ALMOST one hundred more joint replacements were carried out in Letterkenny General Hospital last year than had been initially targeted.

Under a new funding method, Letterkenny General Hospital was given a target of 179 joint replacements for the year. The full year target was achieved by mid July and by the end of 2012 a further 97 joint replacements had been performed.

With a maximum waiting time of nine months for scheduled surgery and more then 200 patients awaiting a joint replacement, hospital staff are confident that a new approach will permit this target to be reached and reduced further in the longer term.

This is in stark contrast with previous practise in which people were kept in bed for two days after surgery and remained in hospital for up to two weeks.

Under the new system, a financial tariff was applied to hip and knee replacement operations, a specified number of which was approved for funding in selected hospitals. This money was deducted in advance from the hospital budget and was returned to each hospital on completion of surgery per patient.

This multidisciplinary approach has allowed the hospital to reduce average length of stay from more than eight days two years ago to around four days in 2012.

“Reduced hospital length of stay and increased day of surgery admissions achieved under the new programme are amongst the very best nationally and have resulted in estimated savings (based on a cost of around €900 per bed-day) in the region of €700,000 in 2012,” he said.

Unfortunately, the recent flooding together with the fact that they’re down 29 beds means that the orthopaedic figures will not be quite as good in 2013.

HSE refutes claims that lives are at risk in LUH

MORE than forty operations have been cancelled in Letterkenny University Hospital since the start of the year, new figures...