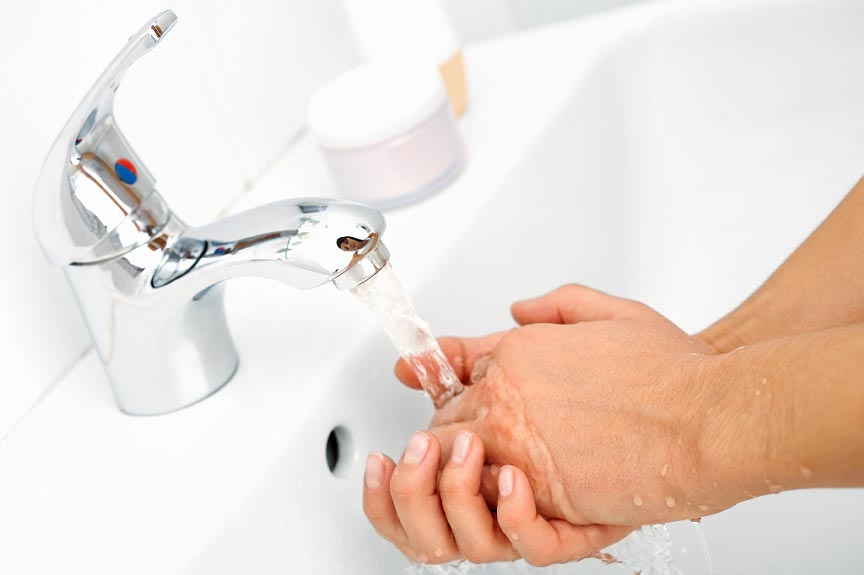 LETTERKENNY General Hospital has been given six weeks to develop a quality improvement plan (QIP).

That is one of the main findings of the latest Health Information and Quality Authority (HIQA) report which raised concerns about hand hygiene standards Letterkenny General Hospital.

The report, published on Thursday last, found that the cleanliness of Letterkenny General Hospital had improved since the initial unannounced monitoring assessment (when it was ranked worst in a league table of hospital hand hygiene practices).
Inspectors said the extent of non-attendance at hand hygiene training and poor hand hygiene audit results pose a significant risk to patients of health care associated infections at LGH. The announced inspection was carried out on 5 June.

While attendances at mandatory hand hygiene training had improved since an unannounced monitoring assessment on 27 February, inspectors said there were still problems.

Some areas had achieved 100% compliance, but the overall training rate on 5 June was just 66%.

The report said the hospital was partially compliant with the National Standards for the Prevention and Control of Healthcare Associated Infections, but that it must now develop a quality improvement plan.

Letterkenny General Hospital must now develop a quality improvement plan (QIP) that prioritises the improvements necessary to fully comply with the National Standards for the Prevention and Control of Healthcare Associated Infections. This QIP must be approved by the service provider’s identified individual who has the overall executive accountability, responsibility and authority for the delivery of high quality, safe and reliable services.

The QIP must be published by the Hospital on its webpage on the Health Service Executive (HSE) website within six weeks of the date of publication of last Thursday’s report.

A spokesperson for the HSE West said that since the visit took place, two significant events occurred at LGH, both of which have an impact on the implementation of the recommendations of the report.

“On July 26, after 57mm of rainfall in 15 minutes, floods wiped out 40 per cent of the floor space of LGH, eliminating more than 70 per cent of the hospital’s capacity. A re-build has started in eleven key areas and this is expected to be complete by autumn 2014. The observations in the HIQA report will be taken into account in the relevant areas of the re-build programme.

“Letterkenny General Hospital is now part of the West/North West Hospitals Group. A key action of the Group is to introduce its new Clinical Director Structure and the Group will establish a Group Integration Team to oversee integration of the new hospitals.

“The HIQA Report identified a number of positive developments and improvements at Letterkenny Hospital since they had previously visited in February 2013. There were particular improvements in the cleanliness of the environment and hand hygiene training.

“Letterkenny Hospital recognises that whilst hand hygiene rates have improved since the previous HIQA visit, the results of this most recent audit demonstrated the need for further improvement in our hand hygiene practice.

“The hospital is committed to delivering this improvement and ensuring that the hand hygiene practices of all staff are to the highest standards and as part of that commitment, we are the first hospital in Ireland to publish our Hand Hygiene audit results at the entrance to every ward and clinical department,” the spokesperson said.

Letterkenny Hospital looks forward to working with the West/North West Hospitals Group to ensure the appropriate governance are in place for these improvements and will take on board all of the recommendations of the HIQA report, which will now become the responsibility of the integrated group structure.