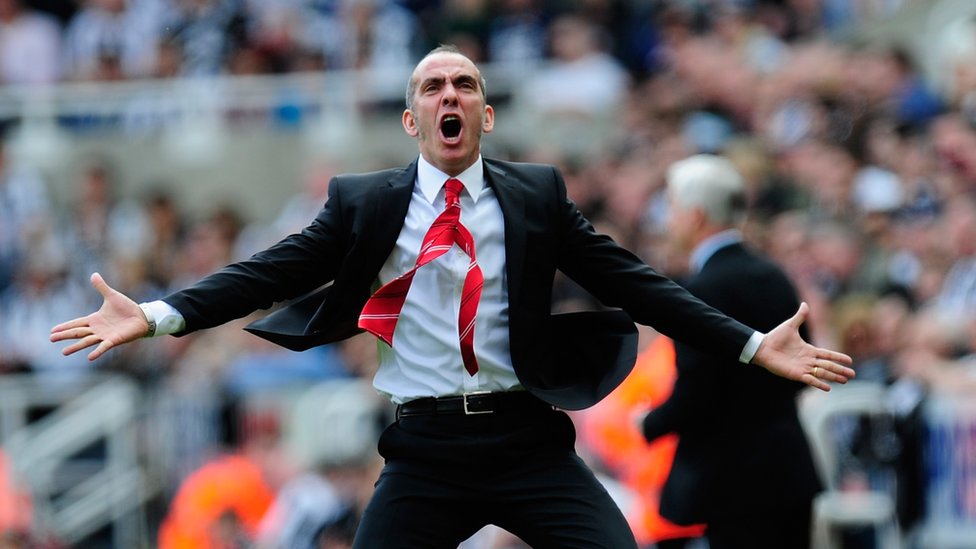 I listened to the first half of last weekend’s All-Ireland football final on the radio before watching the last 25 minutes of the game on television.

It would appear, listening to the excellent commentary of Darragh Maloney and Martin McHugh on RTE, that Mayo blew their chances in a first half in which they dominated yet only went into the break a point clear of Dublin.

James Horan’s men were by far the better team at that stage and would have been almost out of sight had their taken their chances and had the Dubs not scored a goal to bring them right back into the contest.

Mayo’s old failings came back to haunt them and it would have easy to predict what Jim Gavin and his backroom team would have been saying to the players at half time. It probably went something along theses lines… For God’s sake lads that was dismal – one of the worst halves we played this year – and yet we’re still only a point behind. Let’s go back out there and show them what we can really do.

While there’s no doubt that Dublin improved in the second half, Mayo failed to really ignite on the day and all in all it proved to be a disappointing final.

The fact that there was never more than a kick of a ball in it meant that it was exciting to watch but the game will filled with errors from start to finish.

Poor decision making by the Mayo ‘keeper Robert Hennelly gifted Bernard Brogan his first goal while at the other end of the field Cillian O’Connor kicked a lot of wides, both from frees and placed balls, that he would normally have converted.

His decision making was poor throughout, none more so than in the closing seconds of the game when he chose to kick a point. Even assuming that Mayo won the subsequent kick out it was hard to see where they would work an opening to fire over the equalising score.

Dublin were, without doubt, the better team in the second half but they still had to depend on Brogan’s second goal to finally get them over the line. Once again it was their bench who would win it for them with O’Gara, Rock, McManaman and Bastick all making valuable contributions.

Mayo, on the other hand, had very little to offer from the bench and overall it was their inability to press home their advantage after 25 minutes when came back to haunt them.

The game was devoid of craft and Bastick’s unselfish approach work in the lead up to Brogan’s second goal was perhaps the best moment of the game.

Once again cynical fouling raised its ugly head during the closing stages and I still don’t know how Dublin finished the game with 15 players still on the pitch.

But as Martin McHugh said in his column in The Star on Monday it’s not Dublin’s problem but the game itself which allows this type of fouling go unpunished.
It was also hard to see how Mayo managed to only commit 12 fouls which were punished by a free while Dublin conceded 32 frees, many of them in the latter stages of the game.

It was another huge disappointment for this Mayo team who have struggled to reach the heights they did against Donegal in their subsequent games against Tyrone and Dublin.

Closer to home it’s the Intermediate final between Naomh Muire and St Nauls this Sunday. Looking at what has happened so far it would appear that Naomh Muire have had the tougher run to date, beating Fanad Gaels in the play-off and then Aodh Ruadh while St Naul’s recorded easy wins against Lifford and Naomh Columba. It should be a good final with very little between the two teams.

When Sunderland conceded their second goal against West Brom last Saturday I went onto Facebook wondering if Paulo Di Canio would become the first Premier League manager to lose his job this season. I didn’t have to wait long to find my answer as he was told to pack his bags on the Sunday.

That apparently came after a player revolt, led by club captain John O’Shea who found himself in Di Canio’s firing line after he had been sent off a few weeks earlier. Seemingly the players had had enough of his crazy antics on both the training pitch and on match days.

His appointment towards the end of last season seemed strange at the time when many felt that Martin O’Neill was still the best man to get them out of relegation trouble.

The club’s hierarchy thought different however and the Italian, who had fallen out with Swindon, was given the job. He did save them from relegation but as Mick Dennis (Daily Express) pointed out in his column this week, they only managed to stay up because Wigan Athletic had one eye on their forthcoming FA Cup final and won only one of their last eight games to finish just below Sunderland who finished one place further down the table than they were when Di Canio was first appointed.

Having banned mobile phones, ketchup, mayonnaise, ice and fizzy drinks among other things, player power finally got rid of Di Canio after just 13 games in charge on Wearside.

His biggest mistake was criticising his players in public. He tried to best to woo Sunderland supporters with his passion and commitment to the cause but he found that they are just like all football supporters – when the team is winning, you’re great, when things aren’t going well you’re first in the firing line.

Hats off to Stenson

Sweden’s Henrik Stenson won his second tournament in as many weeks to take the Players Championship and FedEx Cup on the PGA Tour. Going into the final round four shots clear of the field, Stenson survived a wobble to win by three and claim the ¢10 million bonus on top of the winners cheque.

Having started the year ranked at 230 in the world, he’s now up to a lofty fourth and is already virtually assured a place on the 2014 European Ryder Cup team.

It was reported that Stenson lost up to ¢5 million on the Allen Stanford Ponzi scheme, a business decision which affected him badly both on and off the course. But credit to him for bouncing back, knuckling down and doing what he does best – playing golf.

Having won the Fed Ex he’s now turning his attention to Europe’s Race to Dubai. It brings to mind that old sports cliché – form is temporary but class is permanent.