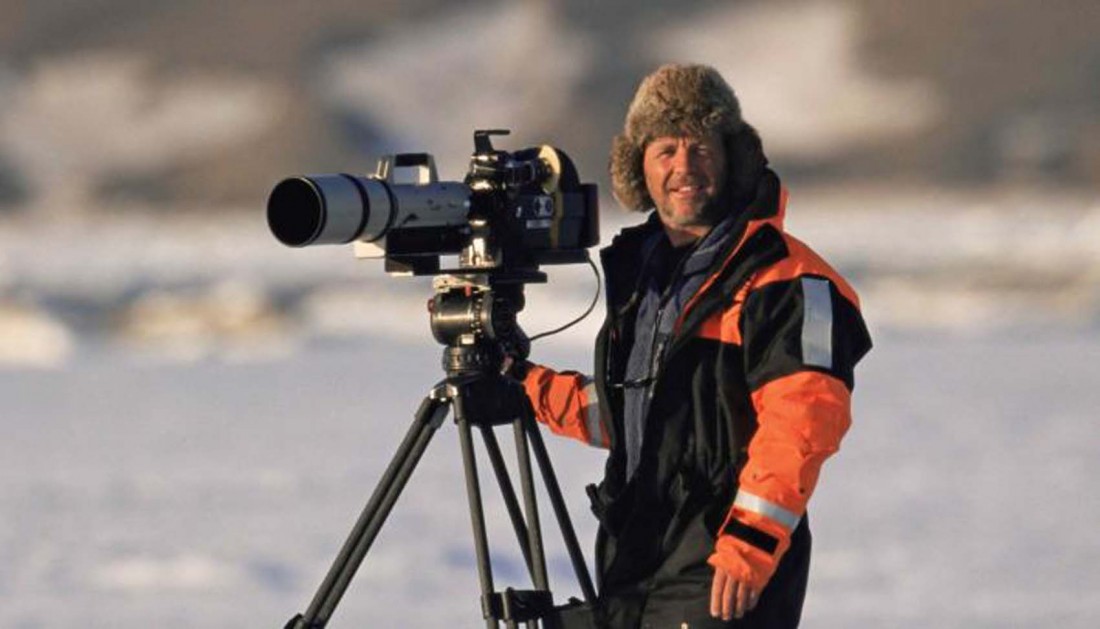 MULTIPLE EMMY and BAFTA award-winning wildlife cameraman and photographer, Doug Allan, hits the road this autumn to give Irish audiences a view into his life and work and he is coming to Donegal to speak at the Balor Arts Centre in Ballybofey.

Doug has spent the last 25 years bringing the most remarkable sights in the natural world into our homes. His camera work features in the hugely successful BBC documentaries, Life, Human Planet, Blue Planet, Planet Earth and Frozen Planet

Doug will visit eleven venues around the country with insights, Illustrated with mesmerising footage and photographs, into his polar and underwater film-making career. We’ll hear how he survived encounters with polar bears, walruses and minus 40 degree temperatures to capture images of the planet’s most majestic animals, above and below the ice.

Last year Doug published his book, Freeze Frame, about his life as a polar cameraman. More recently, Doug was one of five cameramen featured in the BBC series, Wild Cameramen At Work, where Sir David Attenborough said: “I’ve had the extraordinary good luck of working with him over many years and no one knows the frozen world better than him.”

Doug SAID: “What’s great about talking face to face is that it’s my chance to bring people right in behind the scenes. It’s like live TV, only better.”

A regular visitor to Ireland’s west coast, Scotsman Doug Allan has been swimming with marine mammals for over 35 years. He spent seven years in Antarctica as a research diver, scientist and photographer for the British Antarctic Survey, before changing direction to full time filming in 1985.
Doug has been involved with over 60 films and series, and has worked for BBC, Discovery, National Geographic, and many others.

His photographic awards include seven EMMYs and four BAFTAs. He has twice won the underwater category in the Wildlife Photographer of the Year competition and was awarded the Royal Geographical Society’s Cherry Kearton Medal for his wildlife images. He has three Honorary Doctorates in recognition of his camerawork, as well as two Polar Medals.

He will also be appearing The Alley Arts Centre and Conference Centre in Strabane on September 21, and An Grianan Theatre, Letterkenny, on September 28.