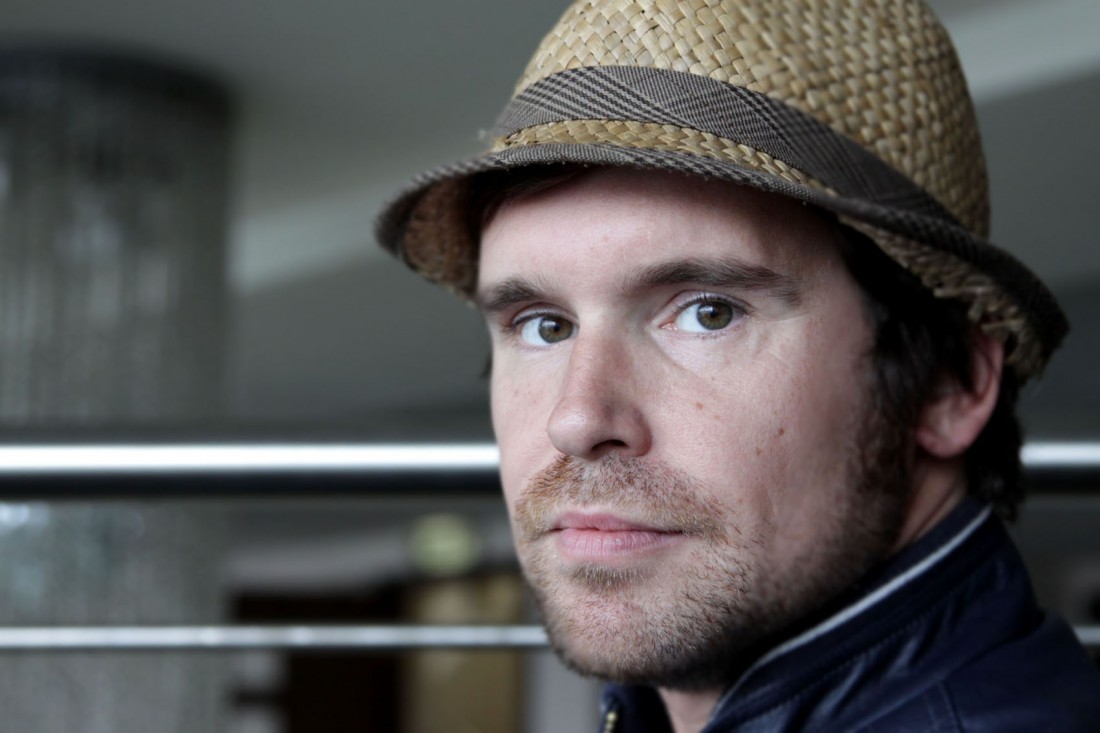 BY SEÁN P. FEENY
IT HAS been an eventful year for Kilcar man Rory Gallagher. A song he recorded for a laugh gripped the county and became an anthem and he opened a bar with his wife in Lanzarote where he entertains people nearly every day.

Amongst all that commotion ‘Rory & The Island’ managed to record a new EP, the follow-up yo his 2012 album Auntie Depressant and Uncle Hope.
The former Revs frontman recorded each track for his new Dingo Rush EP in one take in Puerto del Carmen where the Donegal native has been based for the past six years.
The EP features a colourful mixture of songs that have been long overdue a release, from Rory’s great humour to his wonderful poetic touch, it’s all there.

Wasted in Australia is a catchy little Irish Reggae number Rory wrote about an experience he had with a strange land lady and an unusual plant she had in her greenhouse in Sydney in 2005. The tune is based on a Traditional American melody called Sandy River Belle.

The second track featured, already received some online attention when Rory posted a video of him performing the song. Dumb Celebrity is clever satirical song he wrote on the modern celebrity craze and its fickleness.

Rory also threw something more unusual, for him, into the mix by recording a a modern contemporary arrangement of the traditional old Galway/Donegal waltz, Galway Shawl; no doubt a song a performed when he was younger, with his musical family.
Whether it is re-writing his song Jimmy’s Selling Watches, or the Galway Girl to the Boys In Green, Rory has a real flair for satire and humour and therefore it comes as no surprise that he wrote a song based on the ringtone of a Samsung phone. Rory breaks into an impression of Morrissey in the second verse and hilariously also name drops the BBC and RTE.

Rory has worked with some big names in his day and has had some great acts visit and work with him on the island of Lanzarote, including the legend that is Finbar Furey.
Crazy Horse Hotel is song Rory co-wrote with the legendary Irish folk singer when Finbar was gigging in Lanzarote two years ago.

Rory was recently invited to record the theme song for a new mock documentary series by Donegal film-makers AyeTV, the men behind YouTube hits such as ‘Gary Gamble Letterkenny Yours’ and ‘Spanish Guide To Donegal – Dubbed in Donegalese’.
Letterkenny People was recently launched and featured the character Gary Gamble in Episode 1. This maybe comedy, but it addresses real issue people in Ireland and Donegal are dealing with in the current economic climate and Rory’s song Midnight in Letterkenny reflects it well.

The final track on the album takes us all the way back to Rory’s early career as a songwriter as he adds a re-working of one of the first songs he ever wrote, when he was just 18. Waterfall’s haunting melody and bittersweet lyric has made it a firm favourite in Rory’s live show for the past 15 years. www.roryandtheisland.com