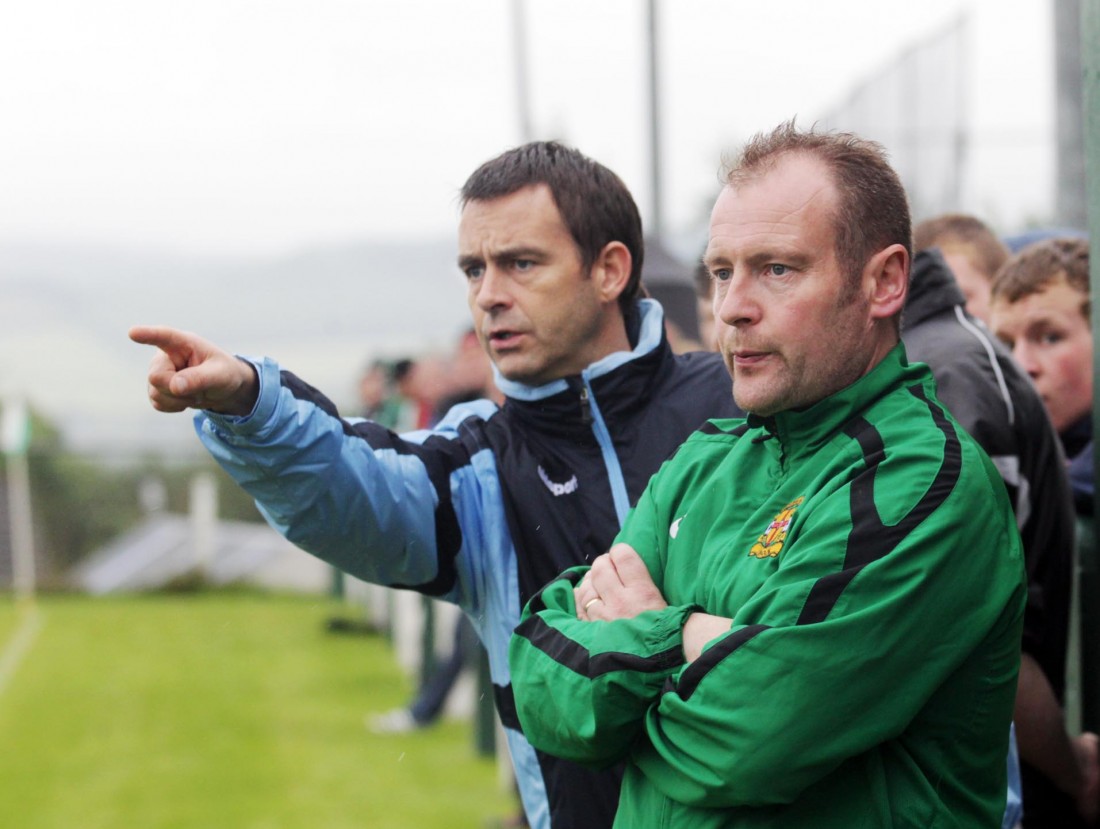 DRUMKEEN United manager Mickey Rodgers has said he is disappointed at the manner in which the league appointed their new management team for the Inter Provincial competition saying he would have loved to have been given an opportunity to manage the side.

“I know the executive have to make these decisions and they are not easy but having been Ollie’s (Horgan) assistant for a number of years I thought I’d at least have been given an opportunity to apply for the position this year if Ollie wasn’t going to take on the role.”

And, he suggested, as far as he was aware, Horgan was still interested in continuing as the Inter-Provincial manager and had been making some initial preparation for this year’s competition.

“I have no qualms about the men who have been appointed they are very experienced coaches, I wish them all the best and hope they win the competition for the USL, but I do feel sorry for Ollie who has worked tremendously hard with the Inter-Provincial teams for a number of seasons now with regard to how this appointment has been made.”

The Drumkeen manager also suggested that, in the past, assistant managers had been offered the opportunity to make the step up to the manager’s role and he admitted that was a challenge he would have relished.

“The Inter-Provincials is a brilliant competition, it is League of Ireland standard and I think we were on the road towards a team that could really challenge to win it. We were unlucky last year  – I think Ollie deserves such great credit for being able to take a team to Cork on the same weekend as the All-Ireland final – and I think we could have done even better this year. If Ollie wasn’t going to be in charge of the team it’s something that I’d have loved,” he said.

“I told three members of the executive that I was interested and I thought at the very least they might have interviewed me for the position. I’m just disappointed with that, but as I say I wish Donal and Trevor the very best with the team.”

The USL confirmed last week that Cockhill manager Donal O’Brien and Letterkenny Rovers boss Trevor Scanlon would be in charge of their Inter Provincial team for this year’s competition.