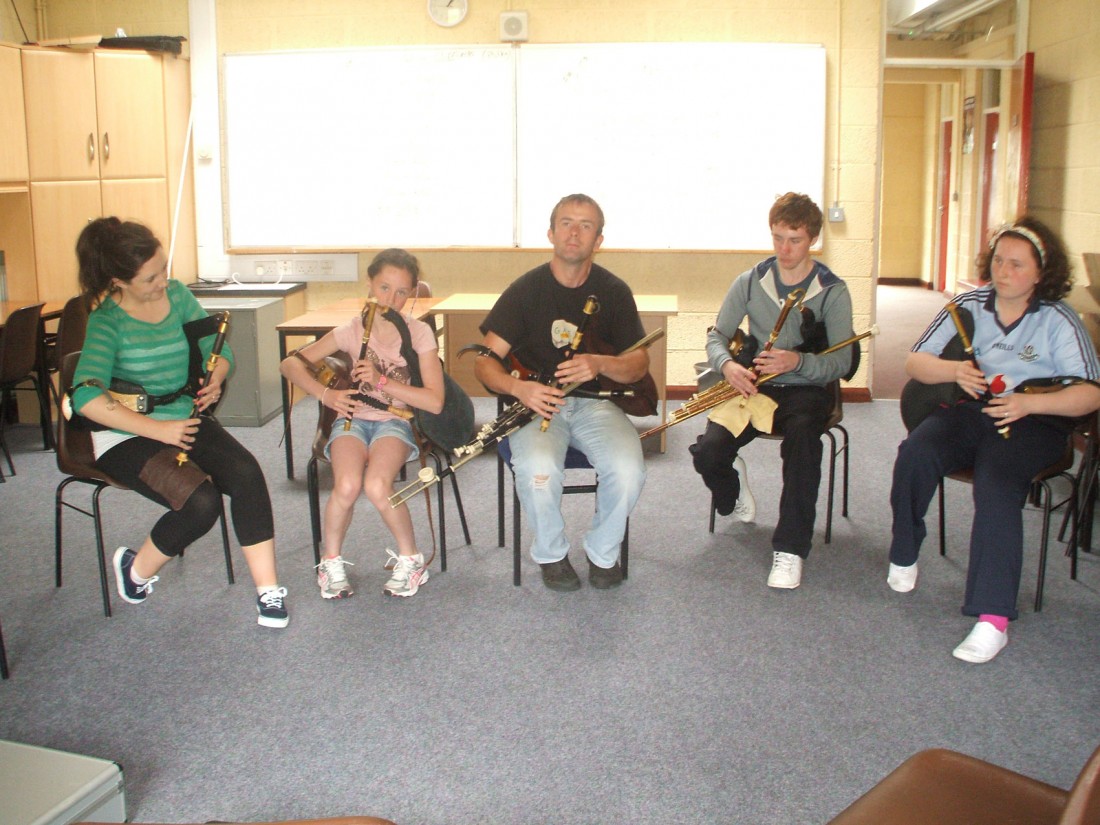 The ‘try the pipes’ class attracted a father and son from Dublin who were visiting the area at the time and as a result of the class took up the pipes when the got home.

As a result of those workshops and Gay McKeown’s encouragement we started uilleann pipe classes as part of Scoil Cheoil na Crannóige and identified a small group of girls initially who were interested and had the potential,” said manager of the Crannóg, Cathal Ó Gallchóir.

The Crannóg invested in a beginners set of pipes and NPU provided sets to two of the students through their ‘pipes on loan scheme’.

“As Gay pointed out at the time, we are very fortunate to have highly regarded pipers of the calibre of Conor Day, Ciaran Mac Fheilimidh and Doimnic Mac Giolla Bhríde living in the area, and we have the heritage of Tarlach Mac Suibhne – An Píobaire Mór.

“It would be an awful pity not to have a new generation of uilleann pipers emerge, particularly in the context of all that has happened in recent years with traditional music development through An Crann Óg,” said Cathal.

The classes have continued all year and have been incorporated into the Crannóg’s summer camp structure which gives other children a chance to try out the pipes.

Cathal said: “The students will get a chance to perform for the first time in front of an audience, at a recital in An Gailearaí in Gaoth Dobhair as part of Tionól na bPíobairí Uilleann at 3.30pm this Saturday, August 10, where there will be performances from Ciaran Mac Fheilimidh, Caoimhín Ó Fearghail and Sean Óg Potts. The father and son who started the pipes with us last year will also make a return to take part in the weekend’s festivities.” 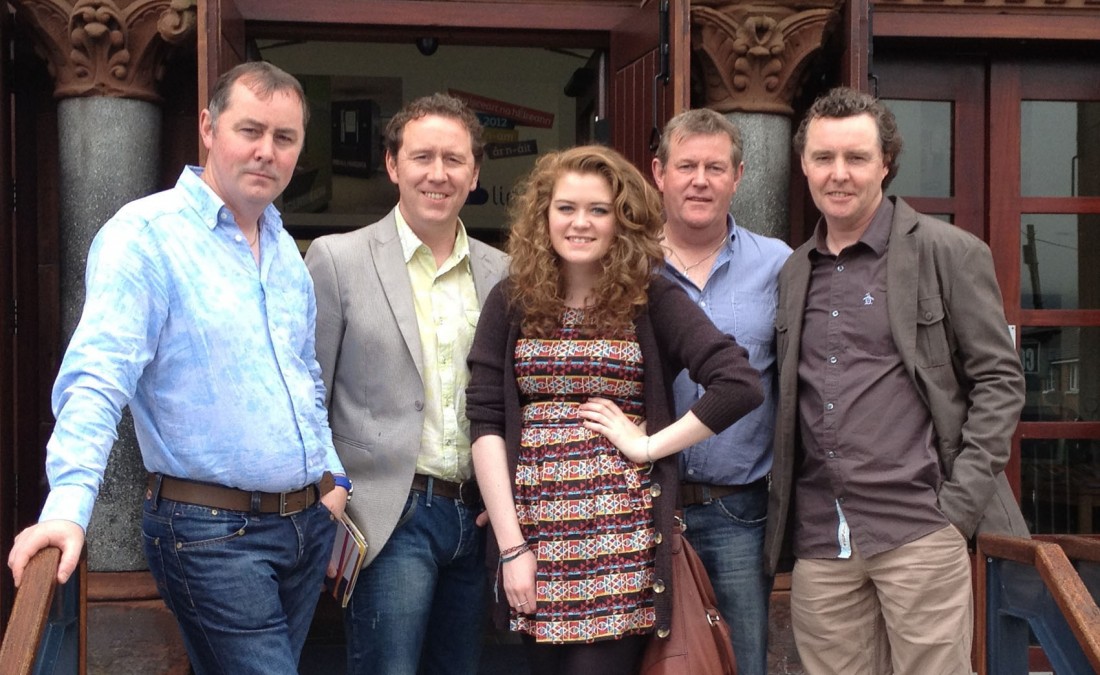 THE fourth annual Loinneog Lúnasa Festival is only a week away and promises to be an unforgettable weekend of...