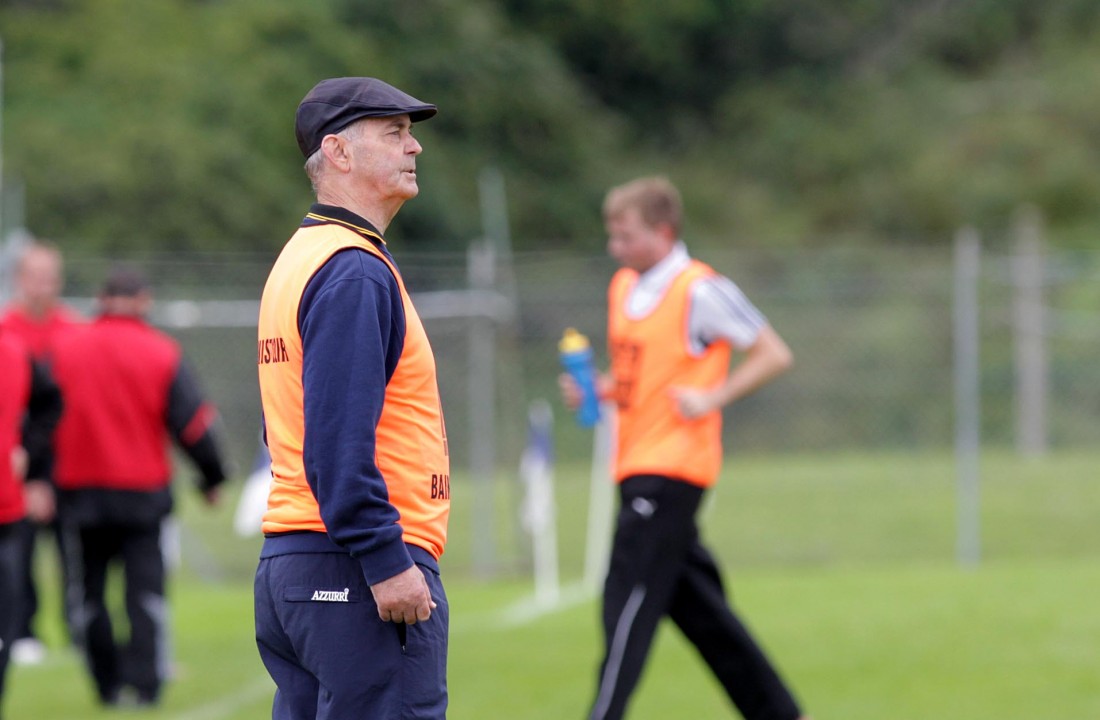 The veteran former Donegal manager went back to Bundoran in their hour of need two months ago, the week of the start of the Senior Championship.

The team was on the floor and morale as low as could be. But something changed when McEniff took the helm. A surprise draw with St Michael’s on the opening night of the Championship cause a ripple of shock, but ultimately Bundoran were unfortunate to have been drawn in the group of death.

On Sunday, their senior status was preserved with an all-action display that blew Glenfin away.

“The boys have got into a good system at training and they’re looking fit. As time goes by, we’ll get fitter. We have six important League matches and they have to be a priority now. We want to stay in Division 2.

“It’s nice to seal our place in the senior championship, but our real aim has to be preserving our place in Division 2. That’s where we want to be next year.”
He has the zest for it back again. The drug of the sideline adrenaline has bitten him another time.

With Charlie O’Donnell aside him, they’ve crafted a team that is playing to a fine system; one that Glenfin just couldn’t live with at the weekend.

They’ve Ciaran McCaughey to return to the squad again and retaining Division 2 status is now the aim for a club on the up.

McEniff said: “We had the Under 16s training with the senior team one night and then most of them came back another night. We have good young lads like those coming through and you don’t want to be consigning them to playing in Division 3 or worse. They need to be playing at the top level.

“We’re up there now with a good squad of players. We have players coming back as well.

“We’re very pleased. We had three minors out there and that all augers well for the future of the club too.”

Ever the perfectionist, McEniff will surely remind his players of the pitfalls of a repeat of their finish to the game: ‘Seven minutes of madness’ as he termed it.

“I’m cross about that,” he mentioned.

“We lost our shape and we started to become flamboyant. I don’t want any of that. I want good football, but none of this flamboyant stuff.

“Overall, though, I’d be satisfied with the display.”