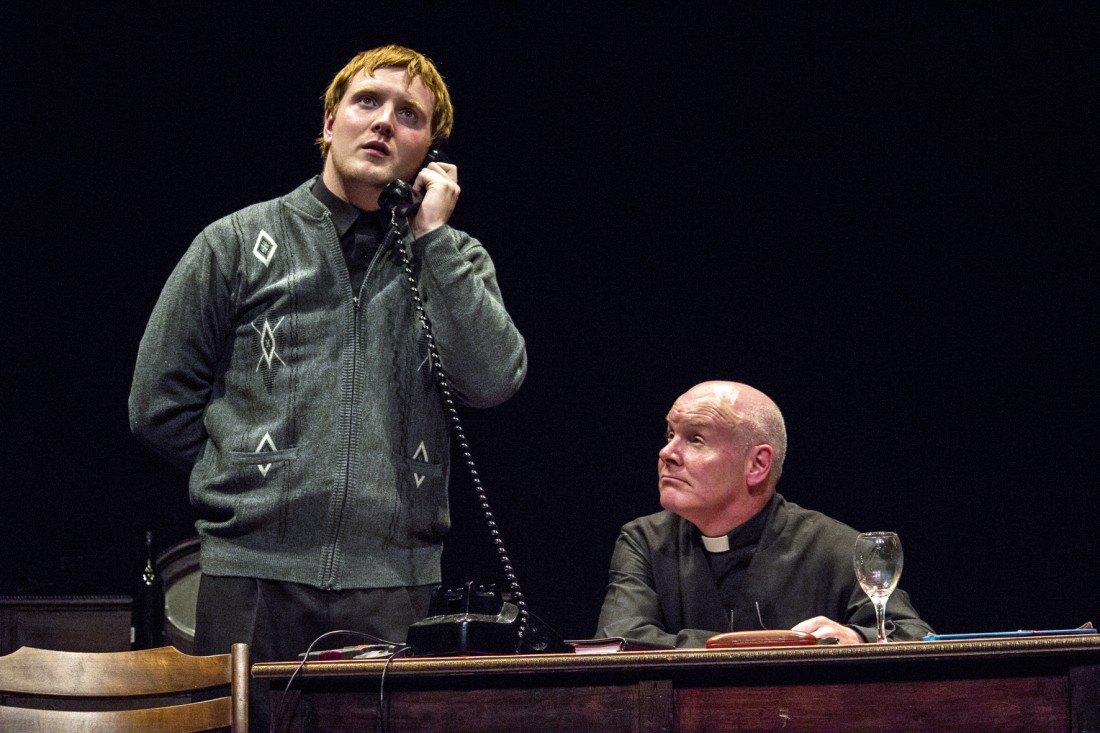 Eoghan McBride and John Ruddy performing in Mass Appeal which is on on Saturday night 10th & 17th august in An Grianan Theatre. Photo: Alan McLaughlin

One Sunday, seminarian Mark Dolson (John Ruddy) interrupts Father Farley’s sermon to challenge his stance on the ordination of women. The pastor is both outraged and intrigued by the young man, and asks to have him assigned to work with him. Each man has something to teach the other about how to perform his priestly duties.

Winner of a New York Outer Critics Circle award for Best Play, it tells a story of friendship and courage with one person saying what he believes people need to hear and the other saying only what people want to hear. A hit on Broadway, it was made into an award winning film starring Jack Lemmon. Mass Appeal continues this Saturday, August 10 and Saturday, August 17 August at 8pm and tickets cost €12 (€10 concession).