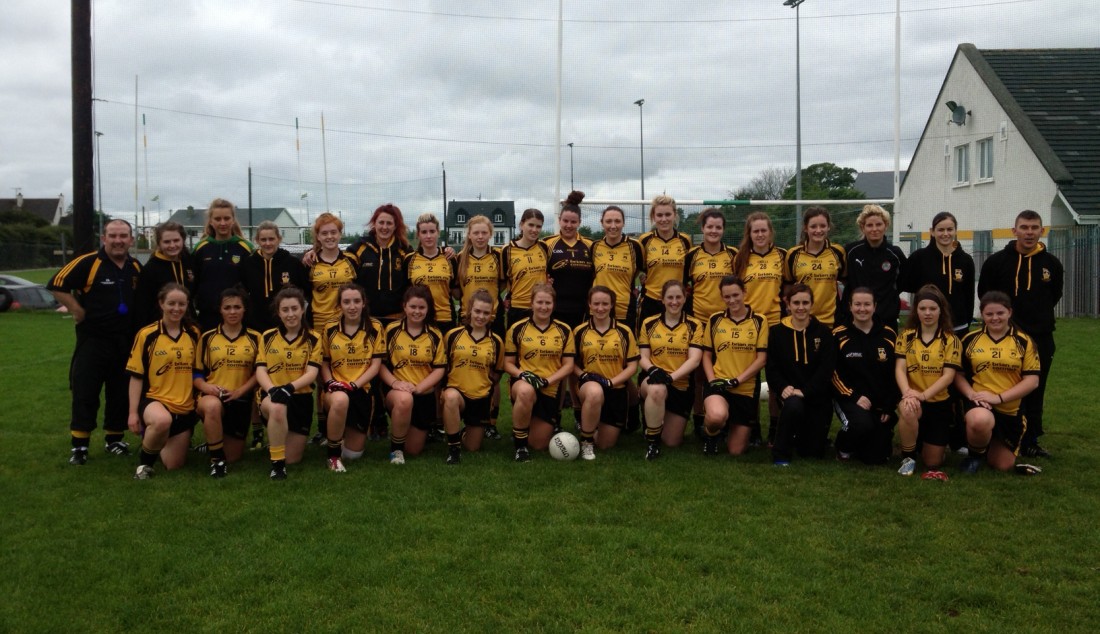 TIME was when St Eunan’s were queens.

This Sunday, Eunan’s are back in their first senior final since ‘05 when Alan O’Connell’s charges take on Termon.

The black and amber squad contains Suzi Tinney and Stephenie Crampsie, survivors from the glory days. Indeed, Crampsie is going for her 20th county title this Sunday at all grades.

Against the defending champions, the Letterkenny side are relishing the challenge.

“Of course it will be very tough, Termon are the reigning champions and red hot favourites going into the game but I suppose that brings its own pressures too for them,” O’Connell said.

“Not many people in the county are giving us much of a chance and that takes a lot of the pressure off us. Really, we have nothing to lose and Termon would have everything I suppose, but we’re not going just to make up the numbers.”

Rose Boyle, Catherine Boyle, Kaneshia McKinney and Emma Duffy were on the Donegal senior panel this year, while five of them played with the Donegal minor team – McKinney, Rose Boyle, Sadhbha Medlar, Sinead Hession and Lauren O’Connell, daughter of the manager.

“We have experience in the team, but there are a lof of young girls, who were part of the team that won the minor championship last year – the build up to this one is different, though,” said O’Connell.

St Eunan’s narrowly lost a semi-final to Four Masters last year, but they’ve come the hard road this time around having had to play Glenfin, Convoy and then Moville in Sunday’s semi-final in Buncrana.

O’Connell said: “I believe we’re in this final on merit. It has been eight years since we last contested a final and there have been some pretty lean times up to last year, but thankfully it’s coming together again slowly but surely.”

Eunan’s won both the U16 and Minor titles in 2012 and there is a new batch of talented players coming through at O’Donnell Park.

“We’re very young and learning all the time,” O’Connell said.

“But these girls, and the rest of the panel have put in Trojan work in order for us to get as far as we have. We also brought in a new fitness coach, Gabriel Crawford, at the start of the year and he has made a huge difference in terms of our fitness and stamina.

“There is also a great buzz of excitement about the place again, not just this week, but all year and that is helping. We’ll probably never get back to the days of the ten-in-a-row team but one in a row would be a great start.”