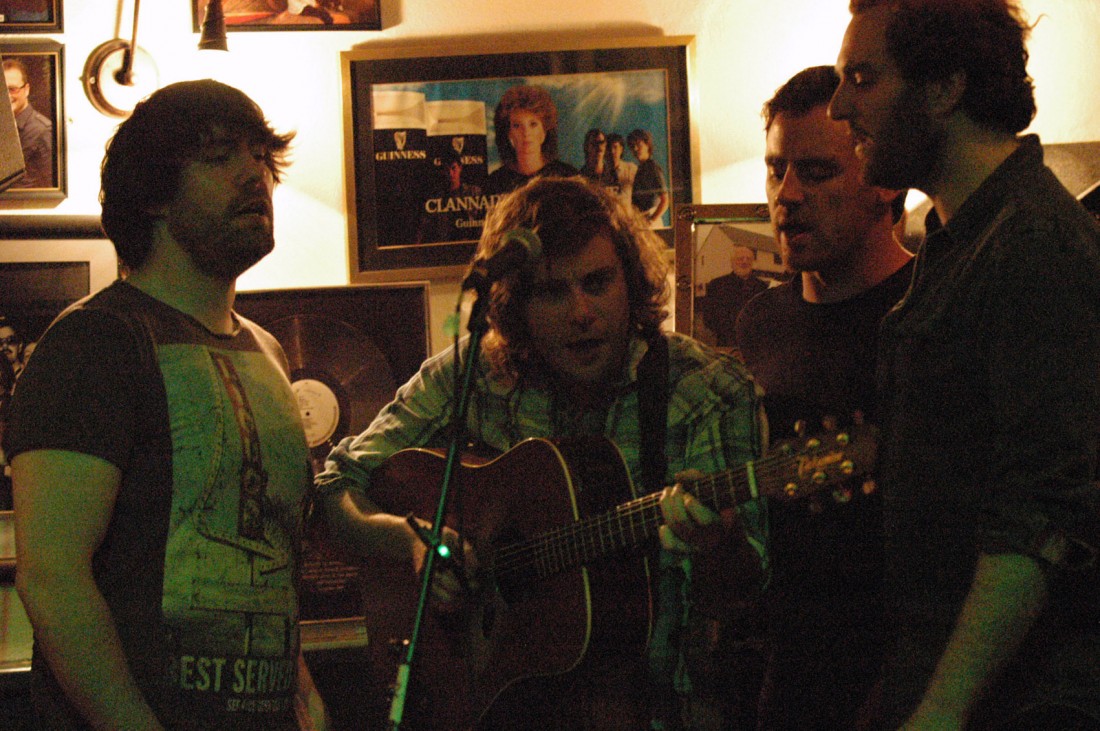 Clubeo’s special guests, In Their Thousands received a standing ovation from the very appreciative crowd at Leo’s. Photo: Tim Jarvis

BY SEÁN P. FEENY
LAST Friday night’s sixth Clubeo at Leo’s Tavern in Meenaleck was another resounding success for the montly event hosted by Grammy award winner Moya Brennan of Clannad.
The event was started by Moya earlier this year to give emerging talent a regular platform to showcase their talent and own music. People have travelled from all around the country and as far as Emyvale in Co Monaghan and Dublin to perform at Clubeo.

Clubeo has gone from strength to strength with young singer/songwriters like, as well as more established artists gracing the famous pub’s stage for the event.
The singer’s club has over the months also introduced special guests and last Friday’s act went down so well they received a standing ovation.
In Their Thousands have quickly established themselves as a force to reckon with on the national stage, receiving a lot of recognation around the country.

This was their first performance in West Donegal and after their 45-minute performance, they were surrounded by well-wishers who had thoroughly enjoyed their original music.

Moya’s right-hand man for Clubeo, RnaG’s Dónall Mac Ruairí said on the night ‘we will always remember the time we saw In Their Thousands play for us in Leo’s’.
Clannad’s road manager, Leon Brennan said: “Just watching In Their Thousands deliver the most amazing set in the intimate surroundings of Leo’s. It makes me proud to know that a band as talented as them are going to travel the world and bring distinction to themselves, Donegal and Ireland, because if everything goes according to plan they belong to the masses!”