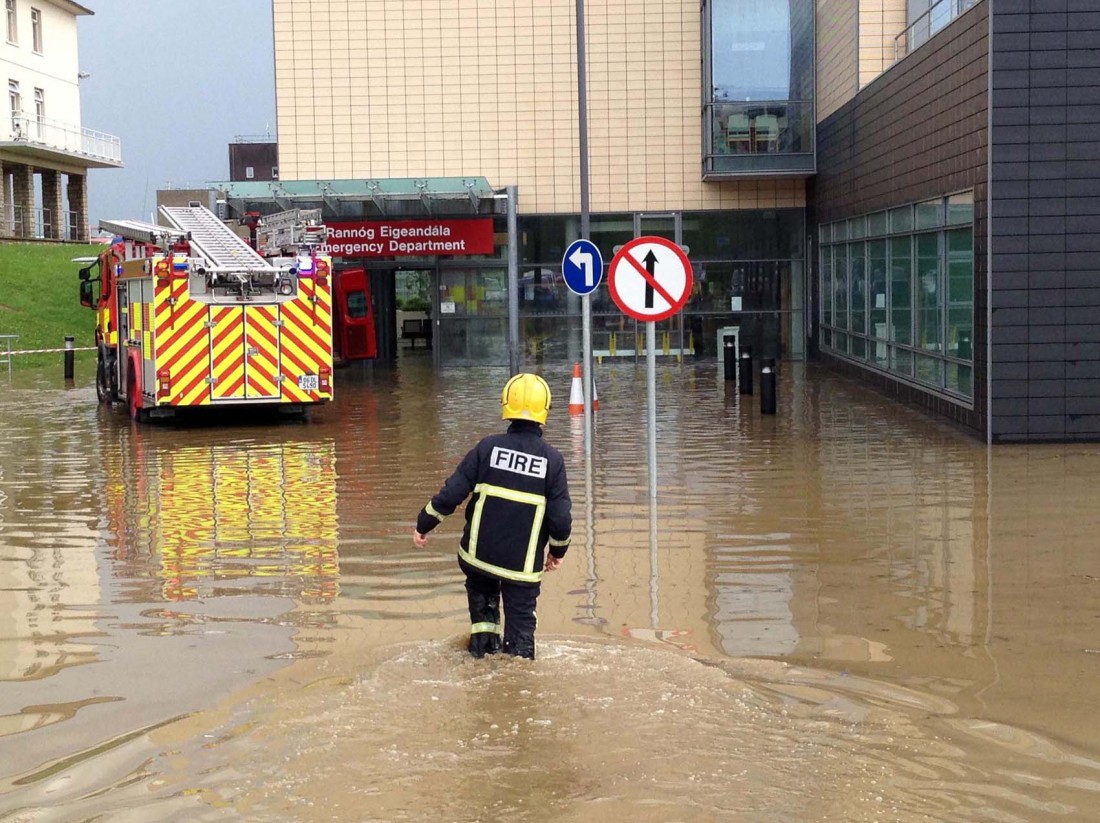 The new Accident and Emergency department of Letterkenny General Hospital surrounded by water.

THE Director of Communications for the HSE insisted at a press conference on Friday that the HSE had provided Letterkenny Town Council’s Engineer with the information required as part of the grant of planning for the new €22 million Medical Emergency unit.

Mr Paul Connors said the flood attenuation measures which were to be agreed in writing as a condition of planning, had been provided to the council. A senior Council executive told the Donegal News on Thursday that this planning condition had not been complied with.

A definition of ‘attenuation’ states: “Attenuation controls the flow of water as it goes back to the water course or drainage system”.

“That was addressed in that particular way. There was engagement with the council about that report – measures were taken, for example, a sunken reservoir was put in to deal with that,” Mr Connors said.

The Communications Director was questioned about the Letterkenny Localised Flood Report of 2002 commissioned by Donegal County Council warning of the flooding danger. It detailed the need for a larger sized culvert to take the storm water away from the hospital site.

Mr Connors said the HSE have a report from 2006 which states the culvert could cater for the one in 100 year storm. However he could not give details as to who carried out that report.

“In terms of the report mentioned, the 2006 report is quite clear abut that,” Mr Connors added.

The engineering review into why the flood happened is being undertaken by an army engineer and an independent engineer.

“The hospital was built in the 1960s at the base of a hill. The engineers’ reports will get into the exact details of this – there are lots of factors,” Mr Connors said.

When asked about documents sent by builders McNamaras to the HSE, during the building of the Emergency Dept, warning of the flooding, Mr Connors said he had asked staff if that documentation exists.