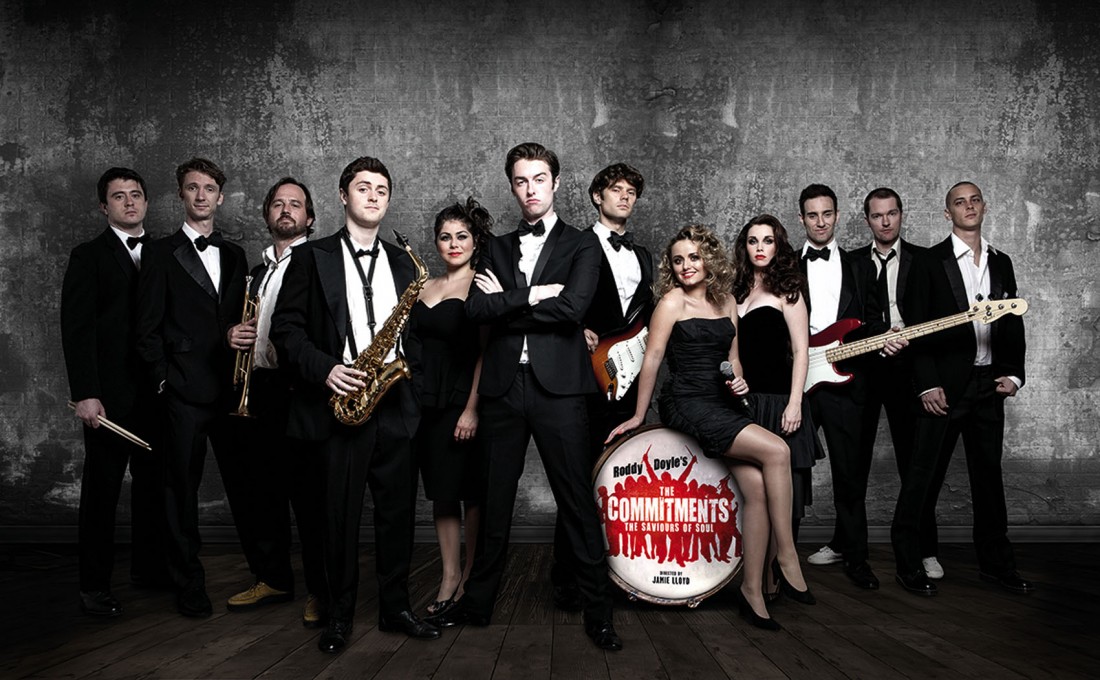 Denis is a former student of St Columba’s College, Stranorlar, and is the son of local forester Denis Snr and Margaret, a teacher at St Columba’s.
The production will begin with preview performances at London’s Palace Theatre from September 21 and the premiere on October 8.

After completing his degree in law and business at University College Dublin (UCD) last year, Denis decided to do an MA in musical theatre at the Royal Central The Royal Central School of Speech and Drama in London.

“I have nearly completed my MA, all I have to do is finish my dissertation, but of course having been cast in The Commitments, they have been very understanding.”
Denis said he had heard about the open call auditions for the musical in Dublin earlier this year, but as he was in the middle of his studies he was unable to attend.

“Sadly I couldn’t make those, but only a week or two after getting myself an agent here in London, he called me saying the producers of The Commitments were still looking to cast the role of Jimmy and asked if I would like to audition and I said ‘God, yeah!,” he laughed.

Denis was auditioned for the first time on a Tuesday in early July; the following Friday morning he got his first call-back and that afternoon he met the producers. By Wednesday he had been offered one of the starring roles of this new production.
Of course, when the movie was first released Denis was just a baby, but he said his older brother was a fan and he had been aware of the movie. “When I heard that I got the audition call, I went back and watched the movie again and absolutely loved it.”
Roddy Doyle

Denis has now been in rehearsals under the watchful eye of director Jamie Lloyd and author Roddy Doyle since the end of July. “It’s fantastic to have Roddy there so any time you have a question about the character, he is there to answer it, and he is a really nice guy.”

Having honed his musical and acting skills from a young age with the Butt Drama Circle and the May Mulrine School of Music and Drama, Denis played the lead role of Tony in Westside Story at Derry’s Millennium Forum when he was just 17 and kept up his passion for musical theatre while studying in Dublin, joining various musical societies.

Having been cast in such an eagerly anticipated new production in his first professional role, Denis is naturally very excited about the opening night.
He said: “I have heard so many great stories from the other, more experience cast members, so needless to say I’m very excited, but I don’t think it has really hit me yet.

“I am really looking forward to getting onto the stage at The Palace. The show’s will initially be running to the beginning of January and then it will depend on the demand, but I am very confident that it will continue, it’s a really funny show with lots of great music.”