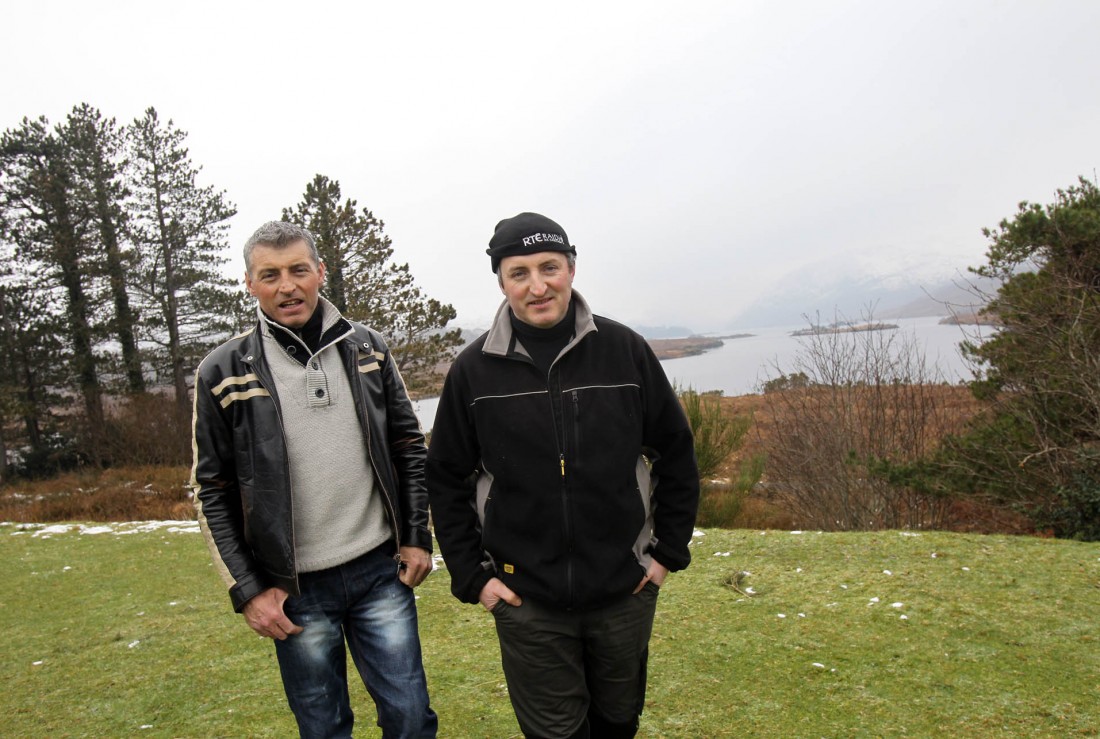 By Cronan Scanlon
GWEEDORE man Joe Bonner was devastated when he was told in 2009 that the kidney he had received in a transplant five years previously had been rejected.

This week, however, Joe (44) from Glassagh was looking forward to another shot at having a normal life.

All going well, his younger brother, Donal Ó Cnaimhsí (43), will give him the gift of life in November when he donates one of his kidneys.

After three years on dialysis, Joe’s condition deteriorated last year and the waiting list for kidney donations in Ireland increased to more than 200.

It was then that his doctors in Beaumont Hospital, Dublin advised him to go in search of a ‘living donor’.

Immediately, Joe asked his four brothers and four sisters to ‘take the test’ to see which one, if any, would be suitable. In June last year, the test results showed that Donal was the most compatible donor.

“It was a big decision for Donal to take. But, he took it, and if all goes well he will give me another chance at living a normal life for the first-time in years,” Joe told the Donegal News this week.
“After the last transplant, everything was back to normal after a few days. But, I was very disappointed to learn five years later that my body had rejected the kidney.”

Last week, he underwent another operation to have the donated kidney removed.

Donal’s decision to go-ahead with the transplant was made a lot easier with the help of his bosses at Glenveagh. They have given him time off work to attend Beaumont for tests and have no problem giving him extended leave after the big operation.

Donal says it took his wife Josephine a while to get used to the idea. They also have two young children – Eimear is just 13 months old and her older sister Eiblin is eight.

However, he feels, the challenges for him were outnumbered by the many positives the transplant can give to Joe.
“Joe has been suffering for almost 15 years. He also had a transplant that failed. He has been very sick for the last two years and has had no quality of life to spend with his wife Grace and their two girls, Aisling and Niamh.”

Meanwhile, Joe also appealed to members of the public to either carry a donor card or consider becoming a donor themselves.
“There are hundreds of people out there on the waiting list for an organ transplant in order to live a normal life. People should get a donor card immediately or contact the Irish Kidney Association (IKA) to find out more about becoming a donor.”