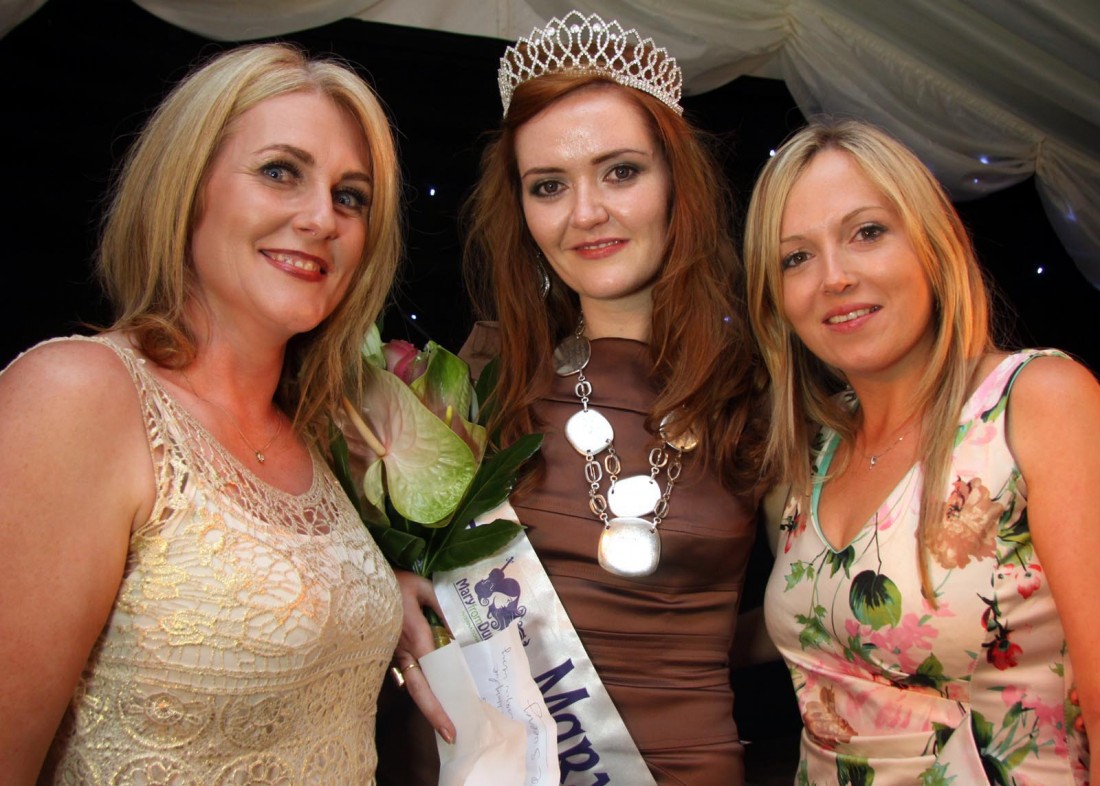 ON Sunday night this year’s Glasgow Mary, Grace Sweeney, was crowned the 2013 Mary From Dungloe at the Crowning Cabaret. A trained nurse, 27-year-old Glasgow beauty Grace Sweeney has strong family connections to the Rosses as both parents were born and brought up in the area. Her mother is from Derrynamansher, Annagry and her father is from Meenacross outside Dungloe.

Speaking shortly after the crowning, Grace said: “I really genuinely wasn’t expecting it, because it was such a tough competition this year. I think I am still a bit shocked, but it’s great put Glasgow back on the map with the Mary from Dungloe festival and I’m looking forward to coming back throughout the year.”

Grace has attended the festival every year, as long as she can remember, as she always returns home to Meenacross and Dungloe to visit family and friends at this time. And becoming a Glasgow Mary was always a great ambition of hers.

“I always wanted to be a Mary. buty it definitely got to the stage where I thought that’s my time gone. Then at the St Patrick’s Day dance in Glasgow while I was taking part in a sing song, the judges asked me to go along to the interviews and here I am now,” she laughed.

Grace even entered the ‘Little Miss’ competition on many occasions so it was very fitting that this year the festival enjoyed a first, when all titles went to the same family. This year’s Mary from Dungloe’s niece and nephew, Cecilia and Maurice Greene, were named Little Miss and The Little Prince that weekend.

Grace, who impressed the audience with her rendition of Skibereen during the cabaret, said you don’t realise how much goes on behind the scenes of the festival.
“You don’t realise how much goes on, I never anticated how much Marys have to do. We were all really tired at the end of the week, but it’s just and amazing time.
“I had such a great time with the girls, we all love each other and we will definitely keep in touch.”

Grace has embraced her Irish heritage and culture her entire life having been raised steeped in the Donegal community of Glasgow’s Southside. She attended Irish Dancing classes from a young age and this inspired her to complete a professional qualification in Stage Dance and Musical Theatre.

Having completed her dance studies she moved to Galway for a year to work in a Nursery with preschool children. On her return to Glasgow she embarked on a Nursing Degree course at Glasgow Caledonian University which she has recently completed.
Congratulations once again to grace. Glasgow will be proud! 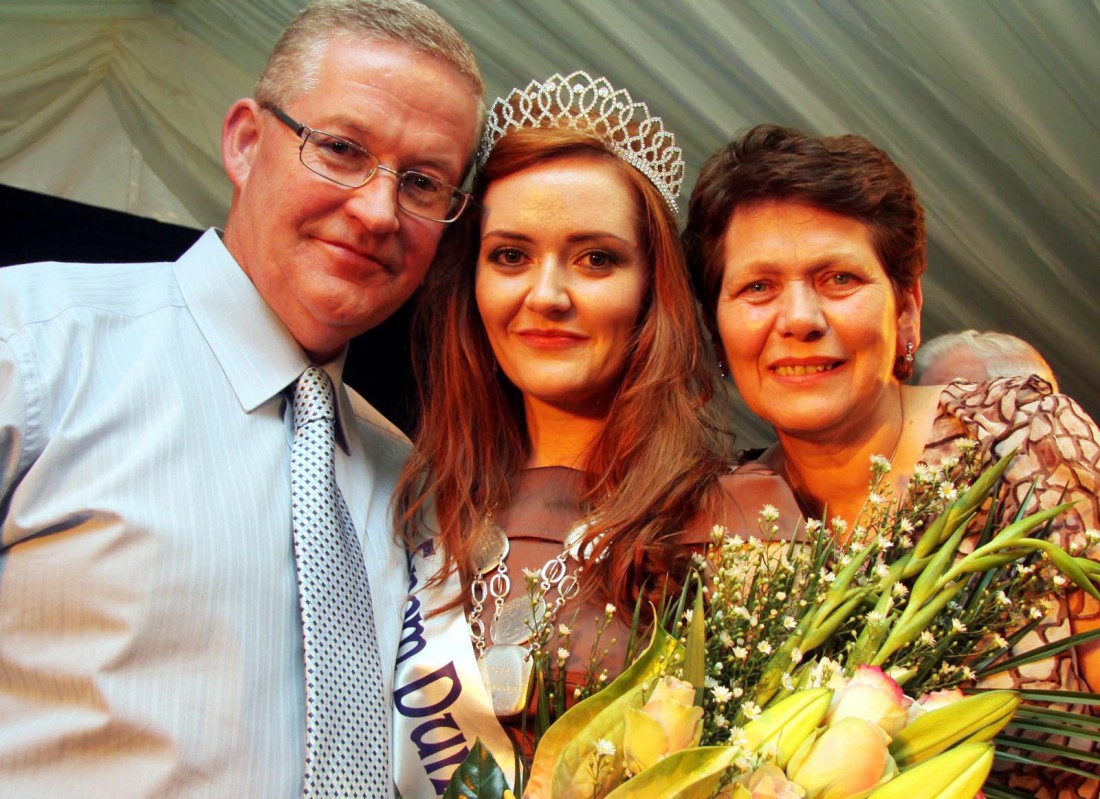 The 2013 Mary from Dungloe Grace Sweeney with her proud parents Patsy (from Meenacross) and Sheila (from Derrynamansher).