Advertisement
HomeSportSoccerFrom the Bronx to Ballybofey: McCann settling in to life at Harps
Advertisement 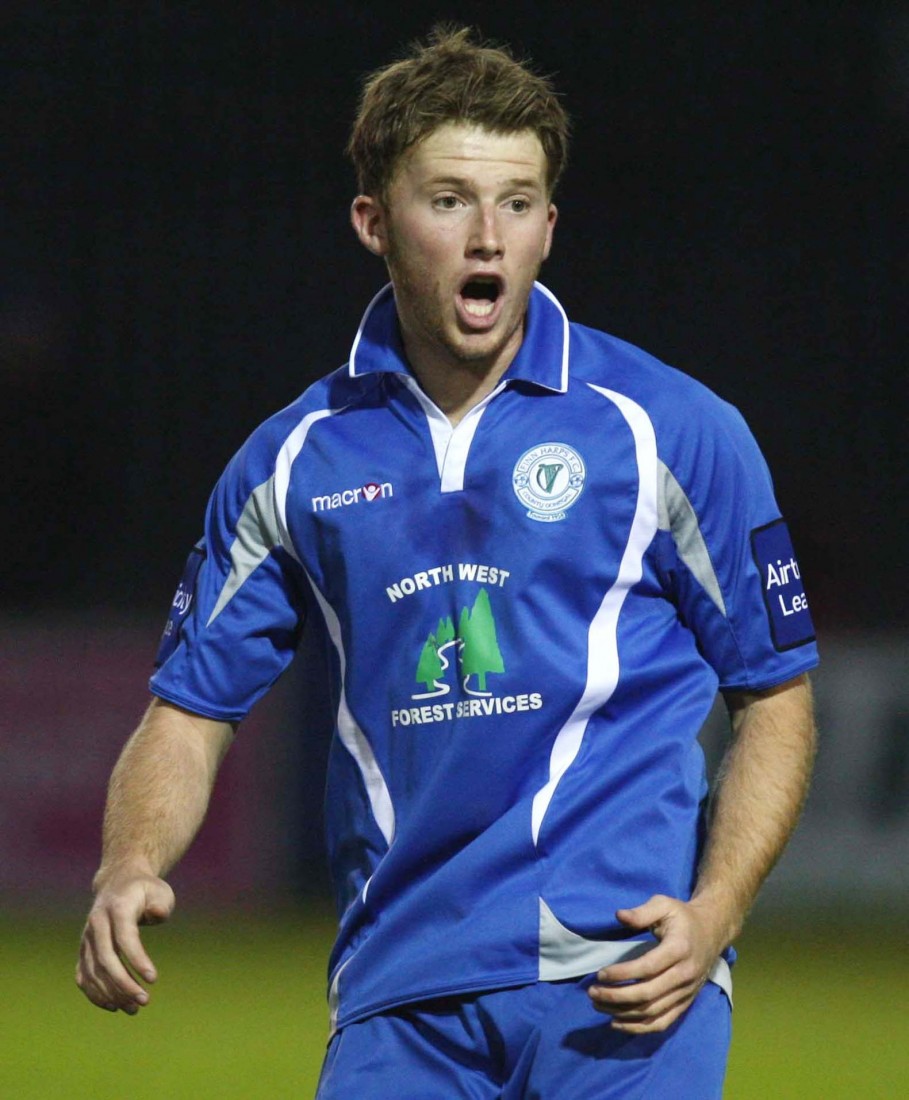 The Finn Park faithful got their first glimpse of recent American signing Pat McCann when he replaced Michael Funston in the second half of last Friday’s match against Salthill Devon. Photo: Gary Foy

PAT McCann has distant family ties to Donegal but up until a couple of weeks ago the American had never set foot in the county.

He’s a fourth generation Irish-American, whose great grandparents hailed from Clonmany. He’s back now in the ancestral home of the McCanns, in Donegal, hoping to make it with Donegal’s senior soccer club, Finn Harps.

The links to the county were tenuous, but the midfielder jumped at the chance to sign on at Finn Park, having impressed Peter Hutton, the Harps manager, during a fortnight on trial at the club.

He’d been on trial previously with both Sligo Rovers and Dundalk, but the Premier Division title chasers passed on him.
Harps, though, soon became a possibility.

“I was playing for a team back in the Bronx and I met a couple of guys who had connections to Finn Harps,” he explains in his soft American accent.

Austin Friel played for Harps during Paul Hegarty’s ill-fated tenure as Harps manager, while Paddy McCarry has strong connections to Ballybofey. They recommended Harps and, to Harps, recommended McCann. The partnership has blossomed since.

McCarry had been fostered by the Foy family as a youngster before heading off to work in New York. He’s stayed in touch with the Twin Towns – and in the Foys, Pat McCann would find a welcoming home for his initial couple of weeks here.

“I came and stayed with John and Betty Foy, who have been really kind to me since I joined,” he says.

“Paddy McCarry was able to set me up with a trial so I came over and trialled for about two weeks. Thankfully, I did good and I was able to sign on for the rest of the season.

“People here have been very kind and it’s been good to be thrown into the mix by the coaches here. I am so grateful for the opportunity.

“The club has really looked after me since i came.

“One thing I am really thankful for is the welcome that I’ve received in Ballybofey – the players, the coaching staff and the people around the club have all been really very supportive.”

There is quite the difference in the high-rise life of New York and the low-key everyday business of Ballybofey.

“There is a lot of risk in leaving the comfort zone. Ballybofey is a lot different…” McCann says.

“It’s the risk and reward situation, though, and I want to make the most of my time at Finn Harps.

In May, he graduated from the College of the Holy Cross in Massachusetts, where he had captained the college’s team, Holy Cross Crusaders. In two seasons, he netted twice in 64 games and last season was awarded with the Luke Dunivant Award for ‘displaying outstanding courage, commitment and sportsmanship during his career’. This is a player who appeard on the Patriot League Honour Roll in 2010.

From Rockville Centre, New York, McCann is enjoying life so far in the League of Ireland.

He says: “I had been over on trial with teams from the Premier Division. I like Ireland and I enjoy the League of Ireland. I was hungry to come back and play in Ireland.

“I think the standard is good.

“You can see in the training that there are good quality players here. I like the professional etiqutte that teams and clubs bring in Ireland. It’s something that maybe is still growing in America. The League of Ireland is a very good starting block if you’re trying to pursue a career in soccer.”

A player highly-rated on the college circuit in the States, there has been excitement in the Twin Towns about his capture. Perhaps it’s the novelty of Harps having signed an American. He is the first American to have played competitive football for Harps. Sean Reilly had been on the club’s books this season, but never played on the first team. The closest was possibly goalkeeper Dexter Sandy, who signed from American Colleges soccer, but hailed from Trinidad and Tobago.

“I had never been in Donegal before I came on trial to Finn Harps,” says McCann.

“I had been in Ireland, in a number of different places on vacation, but never to Donegal. I knew I had distant relations here, so I was keen to link up with Finn Harps.”

His ambitions are clear in the game, but he refuses to look down his nose at Harps, who have given him a break in the game.

“I wouldn’t want to call this a stepping stone because I still have a lot more to learn,” he says.

“My clearance only came through a couple of weeks ago, so it has been a slow and steady process.

“I’m confident. I’m hungry to do well but I know, having broken through in the last two games, that there are good players here in my position. I just want to stay fit and stay ready if I’m needed for 90 minutes or nine minutes.

“There is a lot of competition here, but that’s what you want. It helps to keep you sharp and helps you to avoid becoming complacent. It actually forces you to get better and not get sloppy in your play. That helps when you get on the field then to play. It’s what coaches want also, to have really good competition for all of the positions.”

It’s easy to see the competitive streak that courses through his veins – and he’s relishing the run-in over the next seven games.  Tonight’s game against Waterford United marks the start of the final quarter of the season.

McCann can feel a real sense of purpose now heading to the run-in.

He says: “Everybody at the club is still on board. There is a great fighting spirit here and nobody has thrown in the towel at all. Everybody is chomping at the bit.

“The manager keeps saying to us that every game now is a Cup final. It feels good as a player to have it that way. There is still everything to play for. The Cup game against Cobh could be something big for us. It’s good to be in that environment where every game matters.”