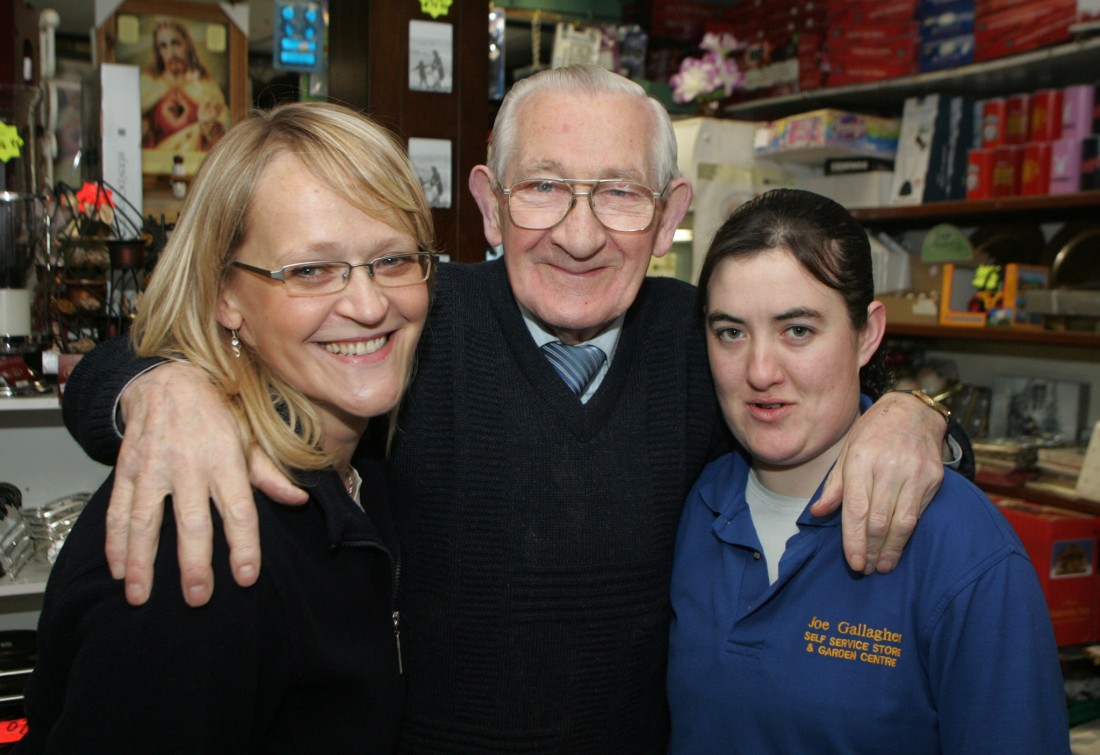 ONE of Letterkenny’s best known self-service stores is to close its doors for the last time in the coming weeks.

Gallagher’s Self-service Store, 15 Lower Main Street, famed for having everything from a ‘needle to an anchor’, has announced details of a closing down sale starting on Friday.

Mr Joe Gallagher (85), one of the town’s best known businessmen, set up the business almost 50 years ago.

In March 2012, he decided to take a ‘step back’ allowing Rachel Mullen, who had been assistant for 23 year, to take over.

However, within a matter of weeks Mr Gallagher was back behind the counter as the then 84 year-old realised he was missing the banter, craic and the day to day contact with customers. Rachel takes up the story. “Joe just couldn’t stay away. Within a few weeks of announcing his decision to step back, he was back behind the counter – initially on a Monday and Saturday – but before too long we seen him in the shop most days,” she smiled.

“I then went off on maternity leave and within days of coming back Joe got injured in a car crash. That was back in April and while he’s now back on his feet he feels that he needs closure. It’s the end of an era,” she said.

Located on the site of the former Gallagher’s Bakery – no relation – his shop has been a mainstay since opening up forty-nine years ago, boasting, as he says, a “mixture of everything” and hosting countless characters, no less than himself.

“I just got the sad news on Thursday and I’m still in shock. I would dearly love to take over the business but there are a few things I would need to sort out first,” she said.

A native of Killea, Rachel first came to Letterkenny to work as a hairdresser in the 1980s. Along with her her friend Kathy Carlin she decided to set off in search of new adventures in 1989.

“We told the Lough Swilly bus from Killea into Letterkenny and walked up Main Street and called into every second shop looking for a job. When we got as far as Joe’s shop it was my turn. He asked we what Holmes I was and once he knew I was related to Charlie from Corncampbell the job was mine.

“That was August 3 1989. I often wonder what would have happened had it not been my turn to call into that shop,” she said.