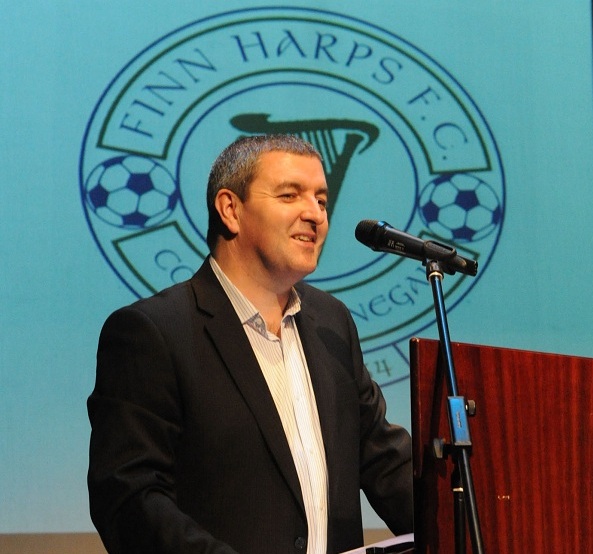 Ballybofey to Cobh is a six-hour, 492km journey, meaning Peter Hutton’s team face two 1,000km round trips this week, with this evening’s Cup tie followed by the First Division clash of the sides on Saturday.

With already strained finances at the Navenny Street club, the team will go to and from Cobh on the one day, with no overnight stay for either game.

These are exhausting journeys time-wise and financially.

It is estimated that this week’s treks south will have Harps footing a bill in the region of €5,000.
Crowds at Finn Park have fallen off in recent times, with the figures cut by more than half of the 600-700 that had attended games earlier in the season.

Harps have no scheduled home game now until September 20th when they play Mervue and with their hopes of making the play-offs having faded there is unlikely to be seam-bursting crowds, making advancement in the Cup all the more important.

Harps do face a critical few weeks, though.

“Over the course of the remainder of the season, we will certainly have some difficult weeks ahead,” Harps Chairman Joey O’Leary said over the weekend.

“We are very much up to date with our wages and our expenditure. We have a few bills outstanding and they’ll be addressed.

“We are not spending money that we don’t have and we aren’t being foolish promising big wages that will be difficult to deliver on. We will run this club strictly in a sensible financial manner, always looking after the financial well-being of the club.”

Defeat this evening would effectively draw a line under the season and O’Leary believes that the club simply starting season 2014 is one of the main goals.

He said: “We have to make sure that the Football Club starts the following season. That is vitally important.

“We would like to spend more money and get a stronger squad, but we won’t spend the money we don’t have.

“If we want to improve our playing squad we’ll need to spend more money. We will ensure that we don’t get ourselves in a difficult position. If we want to prevent the club from being at a crossroads we’ll need to look at our youth project and bringing players through.”

The Harps Chairman acknowledged that the additional costs incurred this week could make things difficult for the club.

He said: “It can indeed. At the outset of the season we have to go through the rigours of the club licencing process and we have to send in our budgets. We would have an indication of our schedules in February. Including the very poor League campaign, it does put pressure on us.”

A win tonight could restart their fire, as even an away draw for the quarter-finals would see Harps share the gate receipts with a Premier Division Club.

Harps had one foot in the quarter-finals on Friday night when their dreams were snatched by John Meade’s last-gasp equaliser.

Mr O’Leary said: “Considering the financial pressures of running a football club, it was very important for us to make progression in the Cup. To have that in our hands for so long and to let it slip is very difficult to take.

“The Cup is a fantastic competition to be involved in. Unfortunately to draw means we have to make the long trip. Financially, it puts burden on us to do that. It’s part and parcel of football and we just have to dust ourselves and get on with it.”

There is already considerable strain on those tasked with looking after the day-to-day running of the cash-strapped club with the Board having been cut in the last few years and just six Board members are now on the Executive. The club’s Finance Officer Denise O’Neill has had to take a back step of late and in the coming weeks the potential absence of home gates are likely to make for some testing times.