Advertisement
HomeEntertainmentDonegal teens learn to rock from the masters
Advertisement 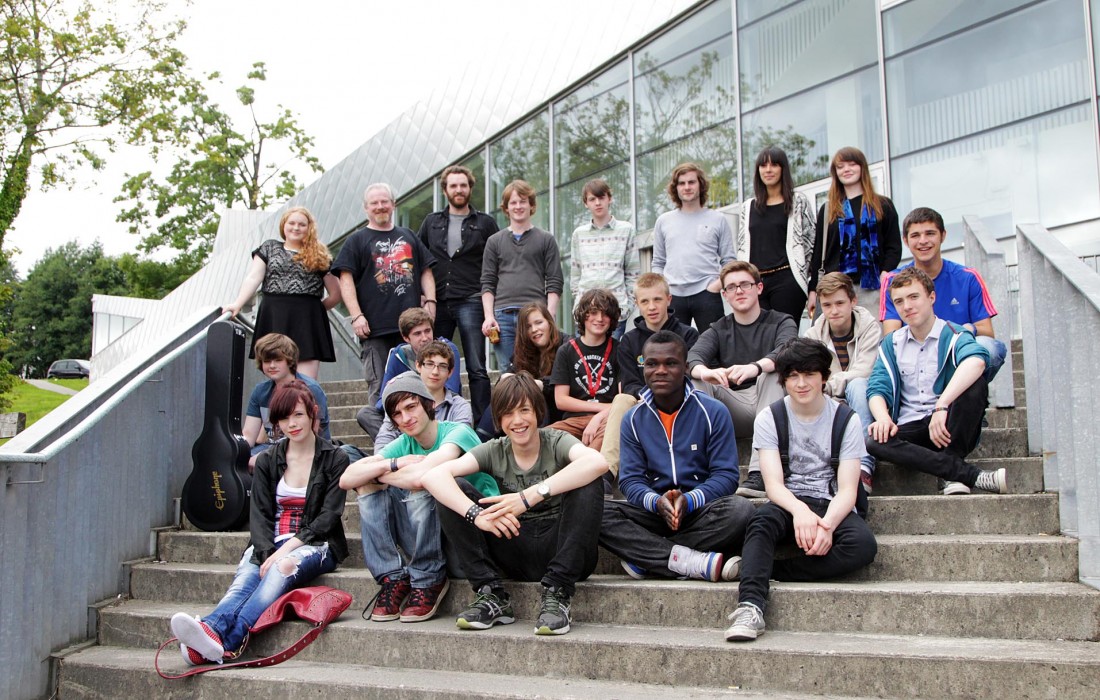 Students of Music at the Regional Cultural Centre with tutors. Photo: Donna McBride

BY SEÁN P. FEENY
SOME OF Donegal’s best musical talent lent its musicial expertise to the next generation once again during the seventh annual Rock School at the Regional Cultural Centre in Letterkenny.
The Rock School wa the brainchild of well-known singer Declan McClafferty of In Their Thousands and popular youth worker and musician John Muldowney.

Seven years ago Declan had the idea of starting the annual event while he was studying at the Brighton Institute of Modern Music and he joined forces with John to make it happen.
This year, once again, twenty students availed of the school, which is free of charge, to learn from and work with some of the best musicians the county has to offer.
Workshops on offer covered everything from song-writing, performance, singing, guitar, bass and drums classes.

Those teaching the classes included Declan, his brother Aidan (drums) and Ruairí Friel (all members of the very popular band In Their Thousands, Colin Montgomery of thea Heads Of State, Mark Black, Christopher Matthewson, Selena Mowat and Aoife Foley ( The Apaches), Darren Roddy, Brendan McGlynn and others.

Well-known instrument maker Fitz Howard also paid a visit to the Rock School to give a master class in guitar building and set up which was a highlight for the students.
Declan said: “The students are getting more talented with every year and this is an opportunity for them not only to study with great musicians, but also to learn from each other during the classes and that’s what our goal was.

“There is some serious talent in this county and it was great to hear the young students play us some fantastic original material. You can see a lot of this talent performing regular at open mic events, such as The Greenroom Open Mic Night on a Tuesday.

“On the final day we had a concert for all the students to showcase some of the work they had done during the week and we also have to say thank you to the many volunteers that helped throughout the week such as David and Gareth Toye, Paul Rooney, Niall McDonagh and Charlie Doherty (The Capitol) and members of The Loft Youth Project.

“We are also very grateful to Shaun Hannigan and Jeremy Howard at the RCC for providing us with their great facilities. The RCC is a great location as throughout the week many local musicians passed by and called in to say hello at the Rock School.”

The Rock School continues to support the county’s musical talent and all these great musicians must be commended for giving their time free of charge to support local talent. 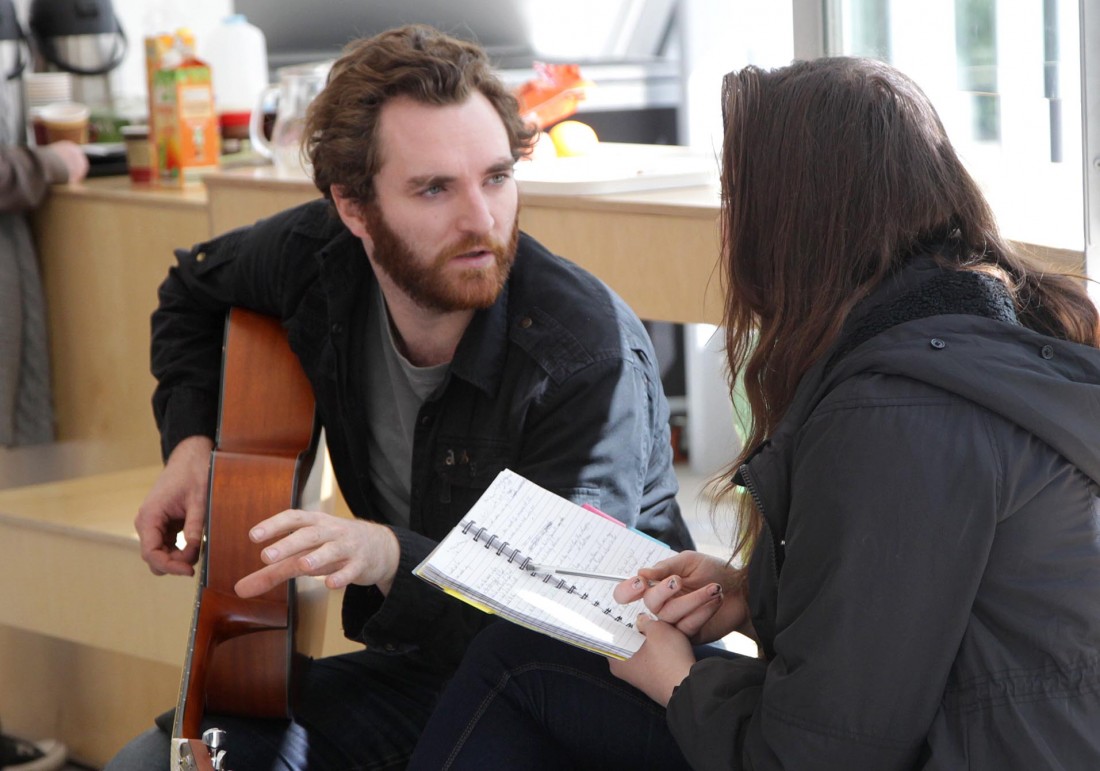 Ruairí Friel, In their Thousands discussing song writing with a student of music.