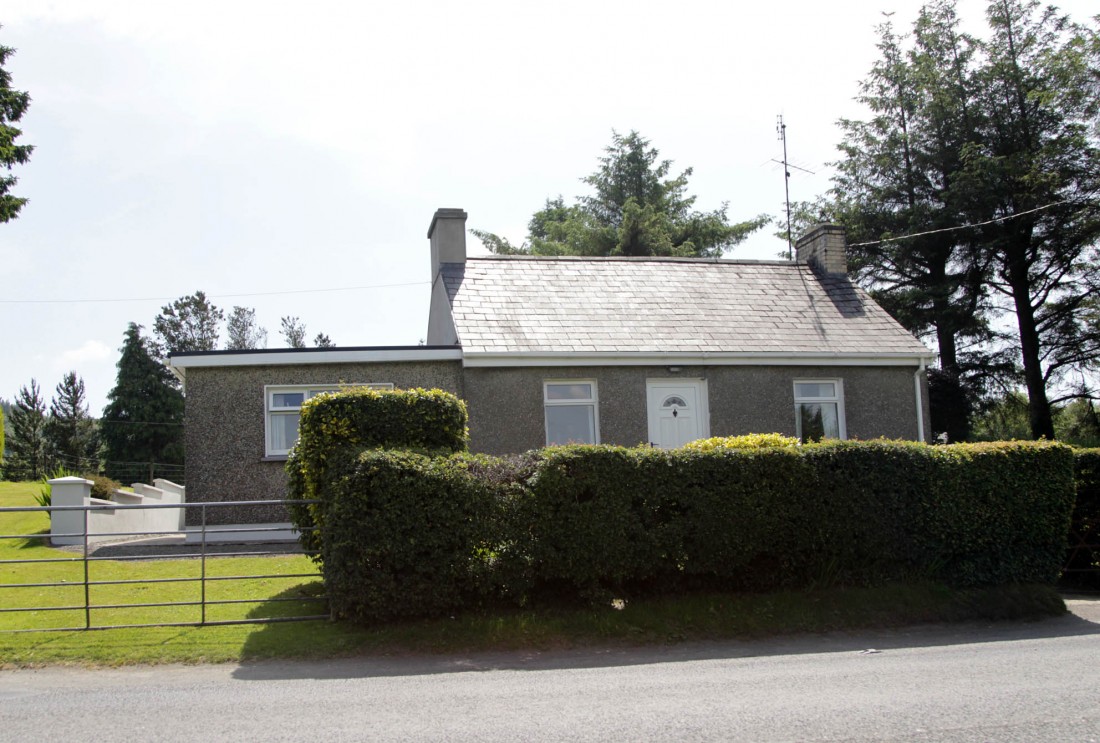 The Wilkie home at Kilross which was robbed in the early hours of Thursday morning.

By Cronan Scanlon
A FINE Gael Councillor has called for a re-think of the removal of the death penalty after a cowardly attack on an elderly couple in their home outside Ballybofey in the early hours of yesterday (Thursday) morning.

A furious Cllr Martin Harley was speaking to the Donegal News in relation to the traumatic robbery of Mr James and Ms Elsie Wilkie, who are in their 80s, at their cottage at Kilross junction.

A number of men entered their home at around 1:30 am while they were sleeping, and demanded money before making off with a small amount of cash.

Inspector David Kelly said the couple were not physically harmed but were “shocked and traumatised” by the experience.

He is appealing to anyone who may have noticed anything suspicious at what is one of the busiest junctions in the county to contact gardai immediately.

Cllr Harley said he knew the couple personally, adding that he found the incident “disturbing” in light of the attack last week on the Arthur sisters near Lifford and the murder of two elderly men in their home in Castlebar, County Mayo, on Wednesday.

“It was a sad day when the death penalty was removed – the Minister for Justice must take a good look at the sentencing of people for these types of crimes,” Cllr Harley said.

“We need to put a few of these people away for a long time at least. We have been pussy footing around in the courts for far too long.

“These type of criminals know they will only get off with a slap on the wrist or a few hours community service. I mean, two old men were murdered in their own home in Castlebar, and that was probably for a few euro.”

Cllr Harley concluded by appealing to anyone with any information whatsoever to contact Letterkenny Gardai on 074 91 67100.

Meanwhile, Gardai are also appealing for witnesses following an armed robbery which took place at the An Grianan Hotel in Burt at around 2.45am yesterday morning.

Three men entered the premises, and at least one was armed with a shotgun. They are believed to have escaped with a safe containing a large sum of cash.