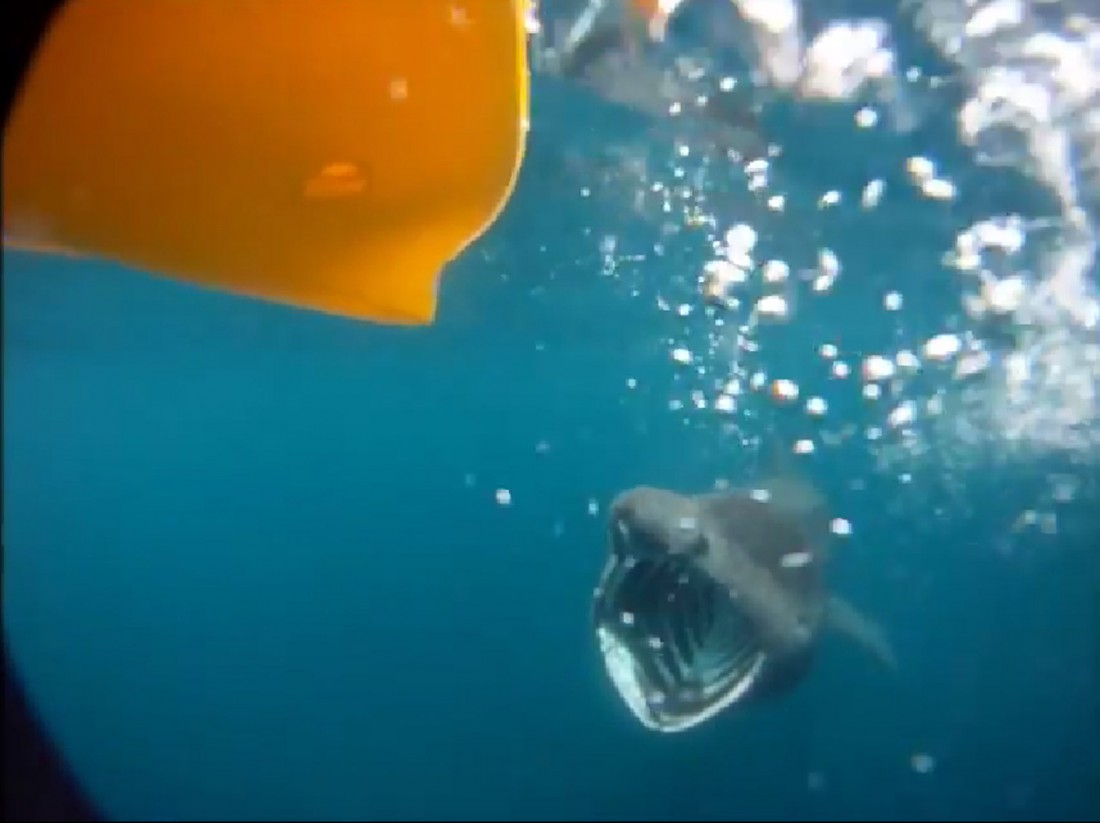 A DONEGAL KAYAKER had a close in encounter with a large basking shark off the Inishowen coast while he was out fishing last week.

Graham Smith (36) from Culdaff has become a YouTube hit after he posted a video of the large basking shark ‘stalking him’ off Tullagh Bay.

The married father-of-three posted the video including text commentary in which he wrote: “What an amazing experience a basking shark made three attempts to swim with my kayak and I only realised what he was at on his third attempt, he was so close and seemed to like being beside the kayak,” he said.

At one point in the film, the basking shark gets a bit too close for comfort for the kayaker. “Just a bit too close, nearly needed a clean pair of trousers after this one,” he joked in the footage. “He shot under the kayak and was no more than three feet away from me.”

“I realised he is trying to feed in my slipstream, at the back of my kayak. At first I thought it was an act of aggression, but when I went to leave him alone – he followed me for at least ten minutes feeding. It was amazing. He was following me, I wasn’t chasing him and he seemed to be having a great feed,” Graham wrote. 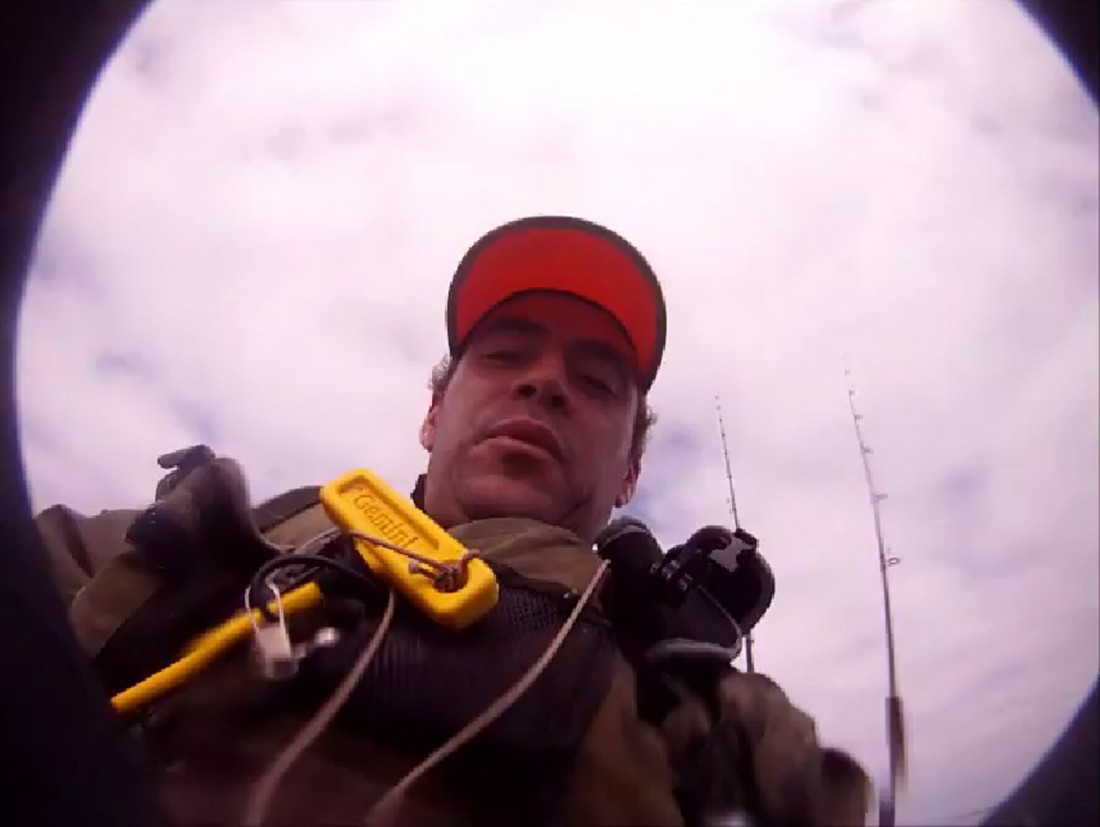 Graham Smith signs off on his underwater camera.