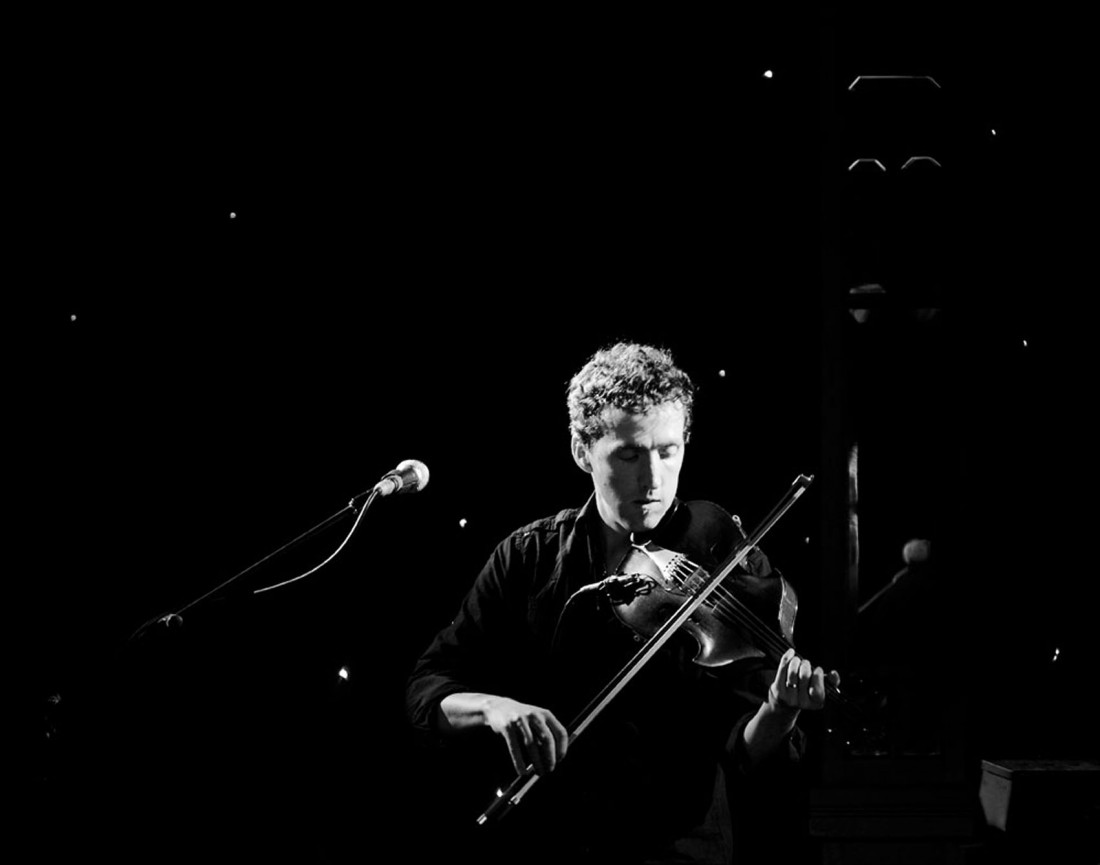 ON THURSDAY, July 18 the Balor Arts Centre in Ballybofey will be delighted to welcome founding member of Kíla and The Frames stalwart Colm Mac Con Iomaire as part of the 25th annual Earagail Arts Festival.

Best known as a fiddle player, Colm is also a highly-regarded composer and producer with his last album, The Hare’s Corner, receiving widespread acclaim.
It has been nearly five years since the release of that album, but Colm is currently putting the finishing touches on his new release.

He said: “I’ve been working away on it on and off for the past year. The process has been interrupted a lot by touring with Glen and Co and also by different soundtrack projects I’ve been working on. But by the end of the year I will have a record.
“I’ve been collecting pieces since then (releasing The Hare’s Corner, 2008) and have been taking them out from time to time and developing them bit by bit.

“Time has helped rather than hindered. I am aiming to have it finished by the end of the year.”
If anything, Colm said the forthcoming album is a development and a step or two on from The Hare’s Corner. “It will all be instrumental, though it may feature a choral vibe or two.

“I also had the good fortune of playing with Curtis Fowlkes and Eric Lawrence (trombone and saxophone), who played with the Levon Helm Band, and they very graciously played on one of my pieces.
“I’m aiming to make a spacious album! So far so good.”

Colm is bringing a lots of talent with him to back him up in Ballybofey, musicians from all four corners of the country. “From Cork we have Catherine Fitzgerald (who’s a long time collaborator) on keyboards’ Belfast native Frank Tate on Bozouki and from Dublin we have Colm Querney on all manner of stringed things.”

When it comes to talking about fiddle music from Donegal, Colm has only two words to say, “Tommy Peoples”, so it is very fitting that he will be performing at the arts centre where the well-known Donegal musician has been artist in residence.

Colm Mac Con Iomaire and band play the Balor Arts Centre, Ballybofey on Thursday, July 18 at 8.30pm. Tickets are only €15.