AS PROMISED, here is our Donegal News exclusive premiere of AyeTV1’s new mock documentary series Letterkenny People, featuring the one and only Gary Gamble in Episode 1.

Check out the first episode and see a completely different side to Gary Gamnble, one you have never seen before and then read the feature interview with one of the men behind AyeTV1, Paul Bonar, after.

BY SEÁN P. FEENY
AyeTV1 first rose to fame during the 2012 European Football Championships when they produced their first comedy show, Donegal Back Page, a spoof sports show, which received huge attention around the county and put them firmly on the map.
The masterminds behind AyeTV1 are Paul Dillon and Paul Bonar who have continued their comedy writing with a number of other hilarious videos, including Gary Gamble’s ‘Letterkenny Attractions’ and the Spanish Guide To Donegal (Dubbed in Donegalese) all fittingly released in the year of the Gathering.

Paul Bonar said: “AyeTV1 was set up by Paul Dillon and myself last year when we created our spoof Euro 2012 show, Donegal Back Page.
“Paul and I do most of the writing, although I use the term ‘writing’ loosely as we work out the story and the scenes and improvise the dialogue around it.
“Our cast generally contribute a great deal in terms of material. We were very lucky last year to have Frankie Connolly, Paddy Duffy and James Mulhern involved, they are very funny guys.”

AyeTV1’s new show is called ‘Letterkenny People’. “It’s a mock documentary that follows a number of people just going about their day-to-day lives.
“It is more of a comedy-drama rather than the full out comedy of our previous videos. For example, we get to see a side of Gary Gamble that we haven’t see before.
“He puts on a brave face as he struggles in the recession, like a lot of people are at the moment. We are treating Gary’s episode as a pilot and we are currently finishing up filming on three more episodes,” said Paul.

As well as the popular character Gary Gamble, the AyeTV1 will be introducing some new characters in Letterkenny People.
Paul said: “We have some new characters in store as well. Poppy is an English woman who sells her ‘art’ on the Letterkenny streets and Fr Snedly’s twin brother, Francie, struggles to give up smoking as he tries to look after his sick mother. We also have a story of a man with a passion for dancing who is training to become a boxer. It’s a mixed bag really.”

The writers are inspired by various things, but the characters tend to be based on people they have seen or encountered in Donegal.
Paul said: “No character is based any one person in particular, but a composite of a lot of different people, although Fr Snedly is loosely based on Michael D. Higgins.”

The AyeTV1 team is joined by some new people for this project, including the brilliant Rory Gallagher who has written the theme song, Midnight In Letterkenny.
“In terms of videos this year, we have this project and maybe a Christmas Special.
“I plan to do more Stand Up as Gary Gamble and hope to put together a live version of AyeTV. Paul and I are also planning to write a trilogy of short films next year,” said Paul.

So do you think you’re funny? – Comedy Workshop in Letterkenny

HAVE you ever wanted to perform live comedy? Well now IS your chance. Comedians Paul Bonar (aka Gary Gamble)... 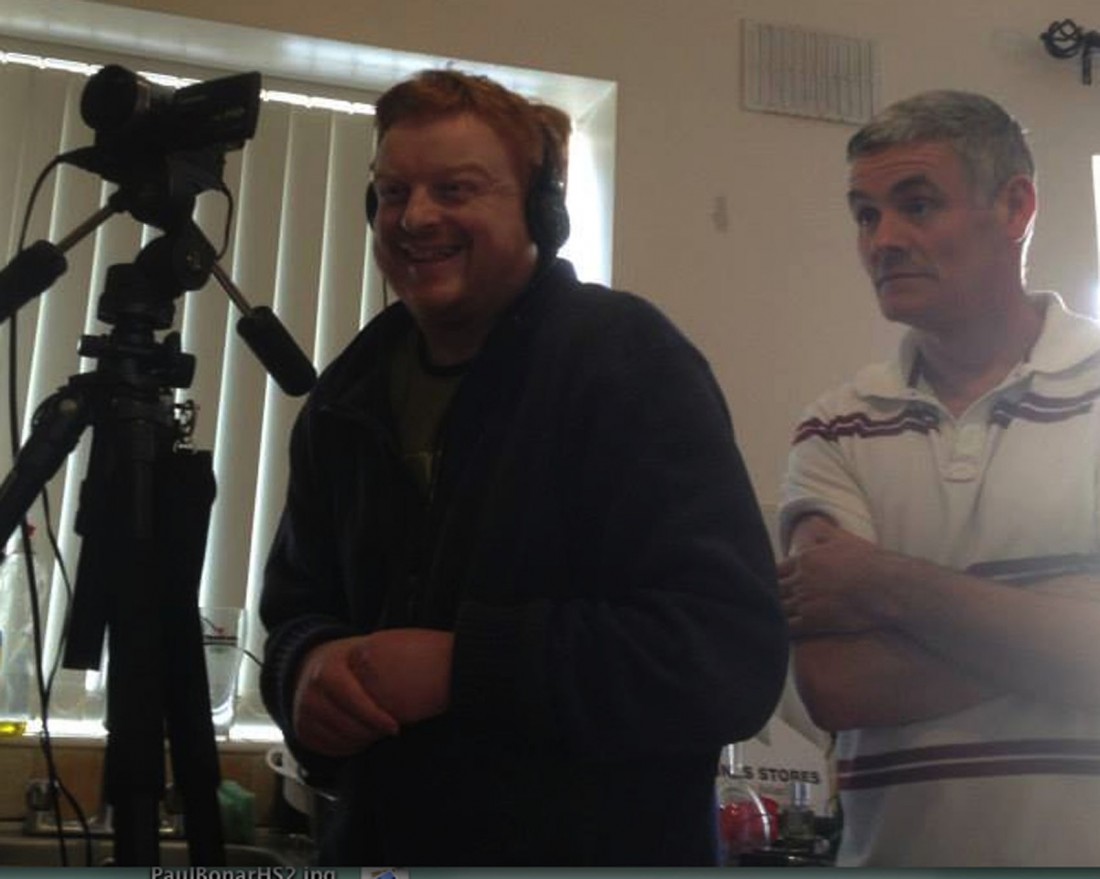 ON MONDAY, May 12, a new web series by hugely popular Donegal comedy video channel AyeTV1 will premiere on...