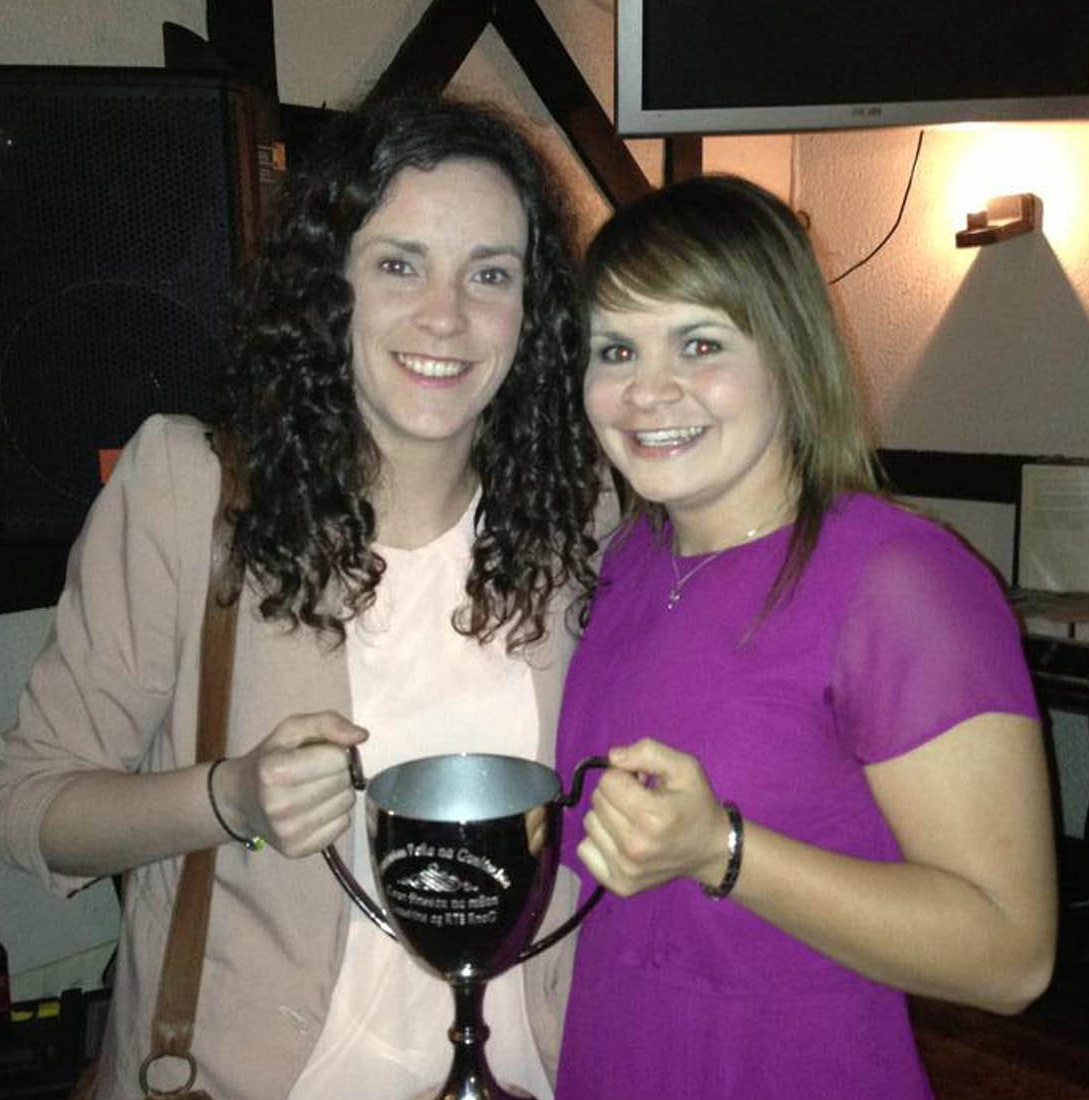 TERMON women Roisin McCafferty and Geraldine McLaughlin are looking forward to a once-in-a-lifetime summer in which they’ll represent Ireland in soccer at the World Student Games in Russia and in Futsal at the European Universities Futsal Championships in Spain.

Goalkeeper McCafferty and attacker McLaughlin have been selected following their performances for Sligo IT this term.

They were part of the Sligo IT team, with McCafferty as captain, that won the Premier League. They reached the final of the Inter-Varsities competition without conceding a goal only to lose on penalties to UCC.

In the Futsal final, McLaughlin hit a hat-trick in a 5-2 win over Carlow It.

They are joined in the Irish team for the World Student games in Kazan, Russia, by Letterkenny girl Ciara Grant, a student in UCD who plays for Raheny United and is an Irish senior international.

Sue Ronan, the Irish senior manager, is in charge of the Irish team for the tournament in Russia, between July 6-17.

“It’s a great buzz to be involved,” said McCafferty of heading to the second largest sport participation event in the world.

“It’s the next step down from the Olympics.”

McCafferty missed the manager’s call as she was training.

She said: “When I rang her, it was just unreal to hear that I’d been picked to go. Geraldine had already heard and I think she was scared to text me too.

“It is the opportunity of a lifetime.”

McCafferty, McLaughlin and Grant return from Russia and four days later McCafferty and McLaughlin will have the bags packed again to head for Malaga and the European Universities Futsal Championships, where Sligo IT are representing Ireland.

“Futsal is very technical and very intense, you need to keep the concentration,” said McCafferty.

“It’s going to be a mental July with both of them on in the one month – but it’s so exciting.”

McCafferty, McLaughlin and Grant are all on the look out for sponsorship to aid in the cost of their trips.