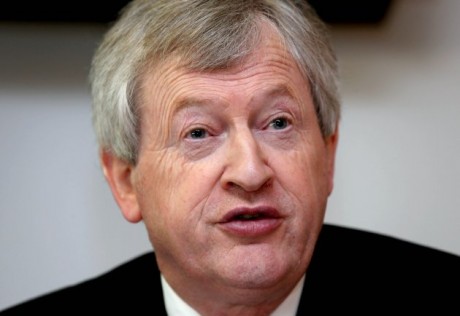 GAA Director General Páraic Duffy has acknowledged that Patrick McBrearty was on the receiving end of a bite during last month’s League game against Dublin and said that the saga dubbed ‘bitegate’ has been ‘damaging’ for the Association.

Duffy said that he felt it ‘unacceptable’ that a player had sustained a bite and yet ‘no one was held to account’ for the incident.

A case against the Dublin corner-back Kevin O’Brien collapsed after McBrearty chose not to attend a Central Hearings Committee meeting to investigate the matter, after the Dubliner had been given a proposed three-game ban by the Central Competitions Controls Committee.

Jim McGuinness broke his silence on the topic for the first time on Thursday night when he said that the player responsible had apologised to McBrearty after the game in Ballybofey.

Duffy spoke on Sunday Sport on RTE Radio 1 yesterday and, while he defended the GAA’s procedures and processes, spoke strongly on the issue.

“A player was bitten in an Allianz League game,” Mr Duffy said.

“That is not good for the Association. It is not something that anybody wants to see happening. Unfortunately it wasn’t picked up on video, on TV or by the match officials.

“It was put into the public domain and the CCCC tried to investigate it as best they could, which they did. They laid a charge before a player, but that was dependent on evidence and the only player was from the player himself.”

The Monaghan native compared the incident to that involving the Liverpool player Luis Suarez, who was given a ten-game ban for biting an opponent, Branislav Ivanovic of Chelsea.

“There was video evidence as soon as that one happened,” Duffy said, adding of the McBrearty incident: “There was no video evidence and no independent witness so the CCCC were dealt a very poor hand. They laid a charge down.

“Short of someone owning up and admitting it, the only other way of producing an outcome that the player would attend and say: ‘I was bitten by…’ He chose not to do that and that is his right to do that.”

Duffy’s comments appear to exonerate McBrearty by at least accepting that there was a bite – something McGuinness said on Thursday had been verified by both the Donegal and Dublin team doctors as well as Letterkenny General Hospital.

In the CHC findings following the meeting which McBrearty opted to miss, their report did not deny the incident had taken place, but rather that an infraction against Kevin O’Brien ‘was not be proven’.

Duffy said: “It is unacceptable that a player did suffer a bite and that no-one was held to account. Everybody has to look at the part they played in that.

“It has damaged the reputation of the Association that a player suffered a bite and nobody was held to account.”