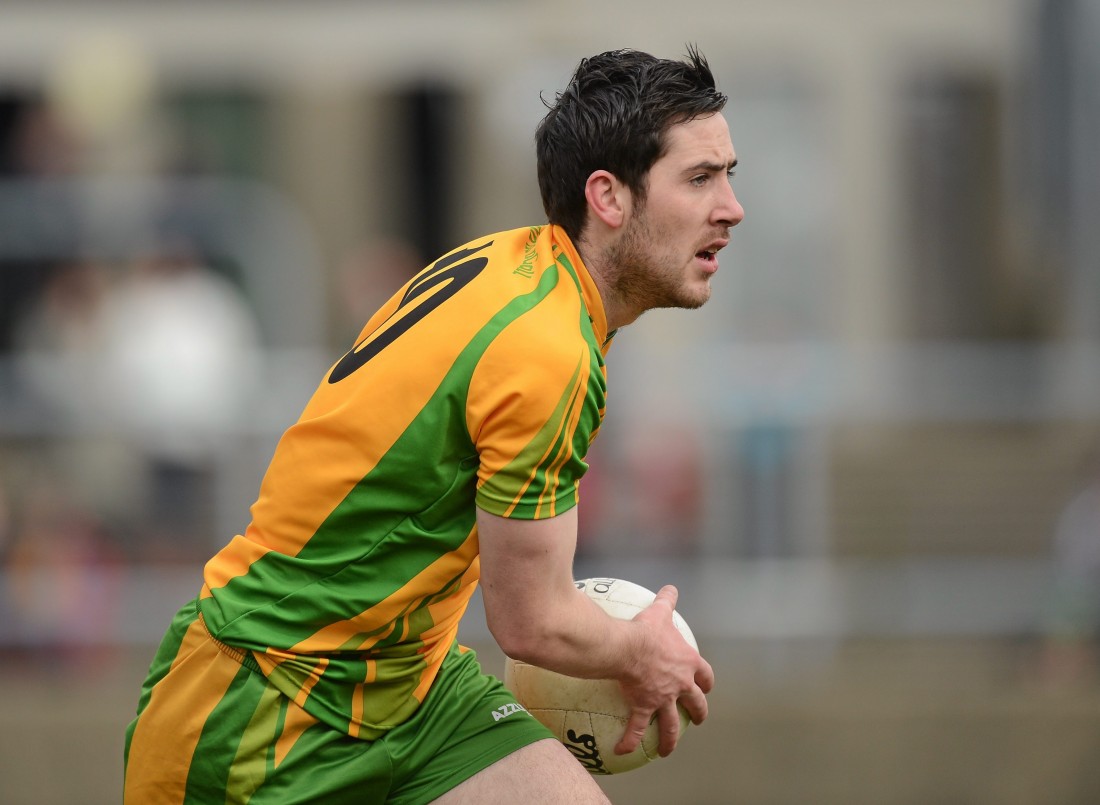 FEARS over the fitness of Mark McHugh ahead of Donegal’s Ulster Championship clash with Tyrone on May 26 have been quelled.

It was reported earlier in the week in some media that the Kilcar man was ‘doubtful’ for the Ballybofey game, but these have been quashed by the management, who insist that the All-Star will be fine.

McHugh picked up a hamstring injury in training last week, but he is expected to be back in training on Tuesday night.

“Mark got a scan on the hamstring and it’s a minor strain,” Rory Gallagher, the Donegal assistant manager, told the Donegal News.

“When it’s a hamstring injury of any nature, you have to be careful. We’d hope that Mark will be back in training at the start of the week again.

“Mark is a quick recoverer in any case and we have no concerns over him.”
McHugh was the only one of the senior panel to sit out Tuesday night’s training session.

“We’re the healthiest now that we have been all year,” Gallagher said.

With David Walsh having returned last week, Paddy McGrath, Neil McGee, Eamon McGee and Neil Gallagher all took full parts on Tuesday, as did 2012 Footballer of the Year Karl Lacey, who got behind him his first full training session since undergoing hip surgery in December.

He has not played since being withdrawn at half-time during Four Masters’ Donegal SFC semi-final with Naomh Conaill in late October.

“He had been working away very hard on his general fitness and was in good shape anyway,” Gallagher said of the four-time All-Star’s return.

“We’d be confident enough with his progress. With Karl it’s just a wait and see, but he’ll have another couple of training sessions over the weekend and will play with his club (for Four Masters against Kilcar) on Monday.”

Donegal will spend a few days in Johnstown House the week after next as their preparations go up a notch ahead of the eagerly-awaited showdown.