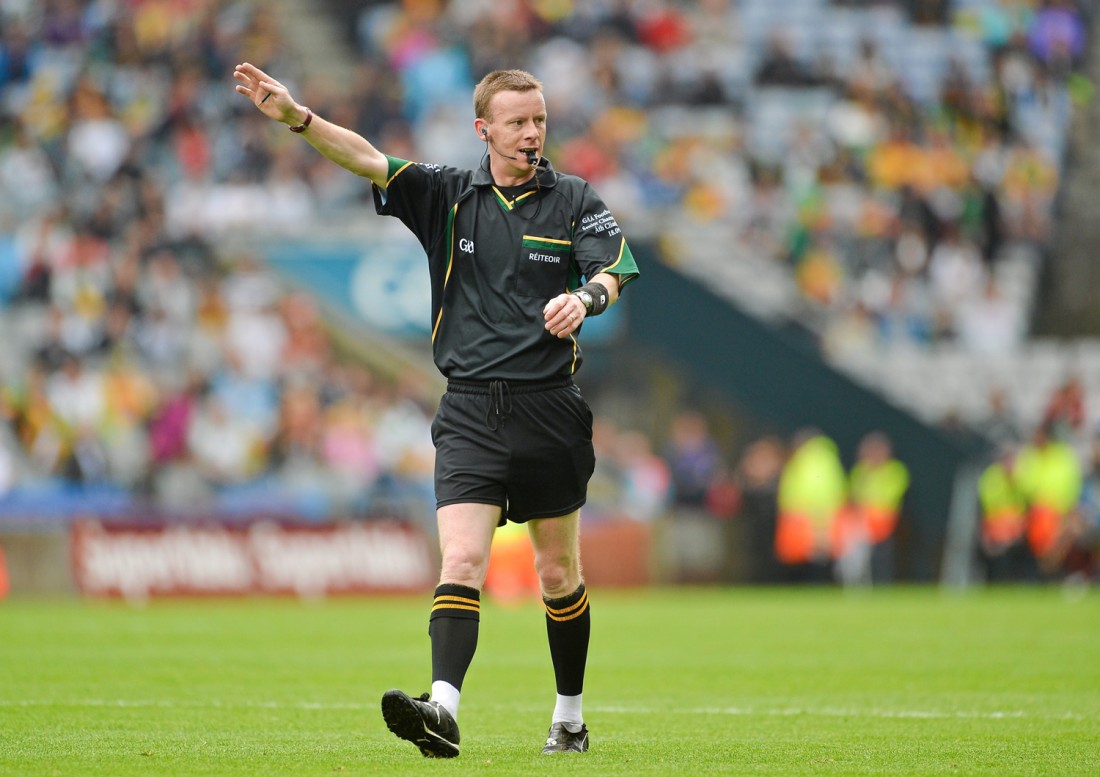 EXPERIENCED Cavan referee Joe McQuillan has been confirmed as the man who will take charge of this year’s plum first round game in the Championship: the meeting on Sunday week of Donegal and Tyrone in Ballybofey.

McQuillan has many years of experience whistling at the top. He refereed the All-Ireland final of 2011 and it was he who took charge of the National League encounter at the beginning of March between the counties in Omagh. That was a day that left plenty of talking points, an afternoon when McQuillan sent Michael Murphy and Neil Gallagher off on second yellow card offences, and one that ended on an ugly note with Donegal incenced after Karl Lacey was spat upon by a supporter.

McQuillan’s appointment was a shock in some quarters with many having expected an ‘outside’ appointment to be made for the game.

The Tyrone manager, Mickey Harte, has called on consistency from the official.

“A decision one way or the other can be the winning or the losing of a game, so it is very important. All that we’ll ask for is for the referee to be as consistent as he possibly and humanly can.

“If he does that, no-one can argue. If the referee is consistent I don’t think anyone can say anything about him. If there is inconsistency that can have a big bearing on the outcome – and that would be an awful pity.”

McQuillan officiated at the tense All-Ireland final of 2011, which rested on the edge of a knife until Stephen Cluxton ambled forward to arch over the famous late free which gave Dublin the win over Kerry. The time taken by goalkeepers, like Cluxton and Tyrone’s Niall Morgan, has caused considerable debate of late – but Harte doesn’t expect that to be an issue in Ballybofey.

He said: “It has been noted that he doesn’t drag his feet getting up there. It does take time, but is there ever a measure put on all of these kicks?

“It’s frustrating that a player kicking out of his hands can sometimes get blown up after five to eight seconds for holding it too long. The more he maybe tried to find somebody the crowd’s crescendo began to rise and the referee decides: ‘I better do something about this’.

“It’s not fair to do that but people will know if someone is making a genuine effort to get there or if they are time wasting.”